The inclusive economy challenge can serve as a framework for business restructuring.

As part of an industry that harnesses natural resources to use as energy, Technicians for Sustainability (TFS) knows the power of transformation.

In 2017, the Tucson-based solar energy installation company switched from a one-shareholder LLC to an employee-owner cooperative in a move designed to empower its employees.

This philosophy helped TFS and its 55 employees stand out among participants in the 2017 Inclusive Economy Challenge (IEC), which B Lab launched to encourage Certified B Corporations to improve inclusion, equity and diversity practices.

As part of the IEC, TFS set goals to diversify ownership, governance and staff, as well as increase inclusion in company prosperity. "We plan to continue with those goals through 2018," Nicole Koch said. In addition to building equity through employee ownership, TFS strives to recruit employees from underrepresented communities through its work with the International Rescue Committee, which aids refugees during humanitarian crises.

We recently talked with the Kochs and TFS employee-owner Travis Kendall, who works as a lead installer, to learn more about its experience with the Inclusive Economy Challenge, its move to employee ownership and its business inspirations. 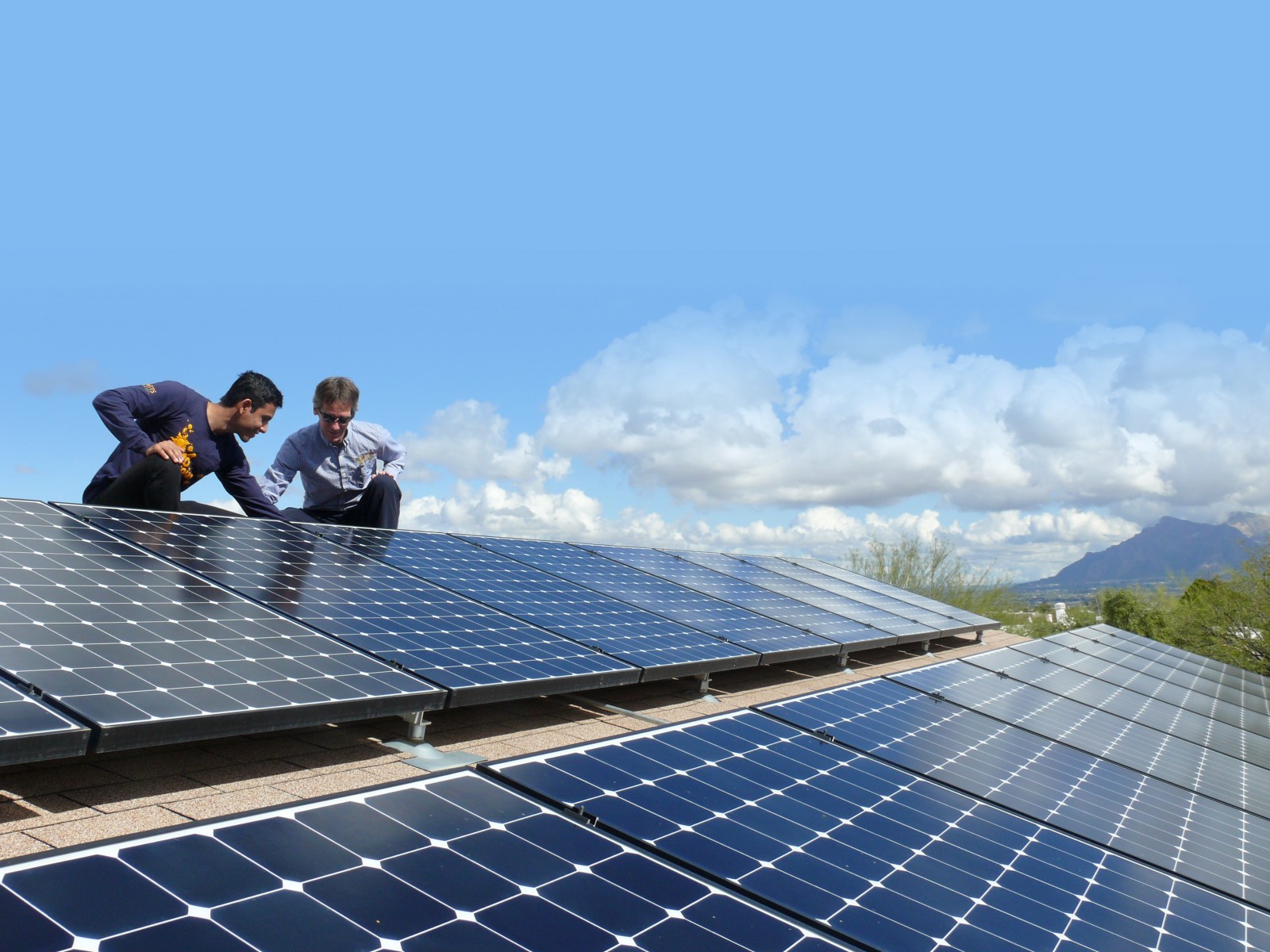 Jennifer Kongs: Why was employee ownership important for TFS?

Kevin Koch: We’d been interested in it for quite some time, having met other companies that offered employee ownership. The idea lined up with our core philosophies about how we operate the business and how we believe the world should work. The income-inequality gap has always been concerning to me. I’ve felt that the field staff on the roof installing systems provide a lot of value, but in many companies, labor doesn’t make that much money compared with sales and management.

The idea lined up with our core philosophies about how we operate the business and how we believe the world should work.

Before beginning the transition, we had been offering a profit-share program for quite some time. We have encouraged and built a staff that takes a lot of pride in their work, believes in our mission and embodies many of the aspects of ownership. In some sense, transitioning to formal employee ownership was an extension of employees already showing behavioral ownership.

Kongs: How did you set up the change of ownership process? What are the terms for an employee to become an owner?

Kevin: We wanted to start thoughtfully with the ownership, so we hand-selected the first round of employees who were eligible for ownership. In total, 14 accepted, including Nicole and me. Each put in a $10,000 purchase of a common stock share.

To be eligible since then, you have to be an employee for a year. You go through a candidacy period of a minimum of six months. You have to be voted in and approved by the board of directors, voted in by the existing membership body and then purchase a common stock share, value set at $10,000.

We look for several qualities in employees: Showing ownership mentality. Thinking long term. Acting like a team player. Showing the values that we want the company to have around quality and care for the customers.

Nicole Koch: Two years before the move to employee ownership, we changed our profit share program so employees could choose to double the amount of their award if they took it as shares in the company. This simultaneously built wealth for the employees that they could use later for the purchase of their common stock ($10,000), and retained capital in the company. This provided 90 percent of the owners who came on in that first round the means to buy in, and it allowed employees to demonstrate long term thinking.

Kevin: Of the companies we had talked to about switching to employee ownership, most offered a means to help out with the share purchase. But most often, the means was to offer a loan. I really felt that to commit to saving and handling the common stock purchase upfront demonstrated the long-term thinking we are looking for in potential owners.

Kongs: What resistance did you have to overcome?

Kevin: We made a fairly strong push to convert to employee ownership in 2010. At that time we attempted to collectively arrive at an ownership structure including a plan to provide a "sweat equity" sliding scale for the purchase of common stock. The sliding scale was perceived as unfair, and the process derailed. This second time around, we came back with a more fully baked proposal to put on the table and instead of providing a credit for sweat equity, we provided the opportunity to use the profit share/stock award program. Although there were lots of questions, there was not a lot of resistance. Eligible employees either choose to join or not to join.

Travis Kendall: There were some people who were wary, and there still are. It’s a pretty unique thing and most people don’t have prior experience with anything like this.

Nicole: We had established relationships with other worker-owned cooperatives in our industry, and those connections helped our potential employee owners play out what it would be like. Some were B Corps and some have become B Corps since: South Mountain Company, Namaste, PV Squared.

Kongs: What employee education had to happen?

Kendall: We have done a ton of education. That’s the biggest part, and it is ongoing — both with the people who are owners and in the process of becoming an owner. Employees need to understand what the process is like and what we are and what it actually means. It takes a lot of repetition for most people. You can’t tell somebody once and then expect them to remember everything about how employee ownership works and what it looks like.

We have monthly financial meetings that about half of the owners attend, depending on schedules. Those help us to be in the loop on the financial picture, and are also a good time to talk about big-picture topics.

Nicole: We focus most on the structural elements of the co-op, how employees can become an owner. We also want people to understand governance and structural management. It was important for some of our employees who had been with us for a while to know that day-to-day life would continue as they knew it. The big-picture governance was going to stay separate from the daily management.

We talk about employee ownership with the first interview with an employee, and certainly talk about it at all reviews and at company meetings. Travis does a lot of informal, in-the-field myth dispelling and encourages questions.

Kevin: Folks at TFS understand the part of the business they are involved in really well. So we have tried to set up classes to teach employee owners and candidates for ownership about company strategy considerations, how the finances of the business work, and how democratic governance works. 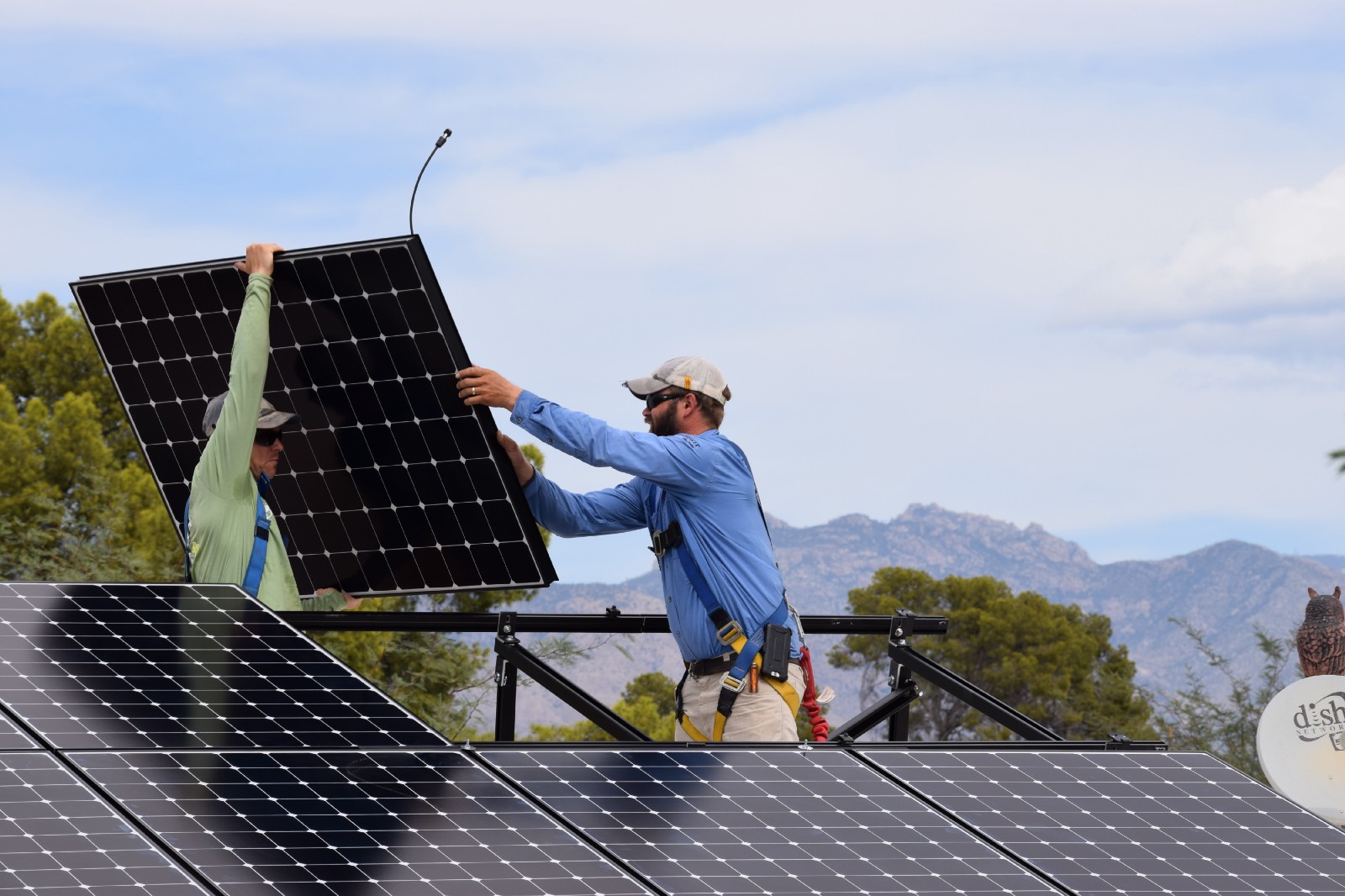 Kongs: As an employee turned employee-owner, how has your relationship with your work changed?

Kendall: As our customers get more educated about what we’re doing, it’s interesting what it has done to the customer relationship. At this point, all but one of our lead installers are employee owners, so most of our jobs are installed with a least one owner on site. It is a marketing benefit and gives the customers peace of mind.

I started only about six months before Kevin started talking about this round, so I was in the original group of 14 owners. There were only two others of us in the initial group who were that new. The rest had been around a long time. So I don’t feel that it has changed dramatically for me.

Kongs: What other employee/hiring changes have you made as part of the challenge?

Nicole: Some people talk about socioeconomic or class diversity, but we look to move away from a blue-collar hierarchy. We want representation from all levels within the company on the ownership and board.

Some people talk about socioeconomic or class diversity, but we look to move away from a blue-collar hierarchy.

People in the administrative setting have more of an opportunity to hear about employee ownership, so we make sure the field staff also has access to the information and representation on the board and ownership body.

Kendall: When I get a chance or when we’re eating lunch or have long drives, I’ll ask the people I’m with what they know about employee ownership and the business in general. It’s a way to keep people interested and feeling like they are part of something more than just a construction company. I feel like having those conversations helps keep more of us engaged and they see their work every day as part of something bigger. Their interest in it could lead to a lot more than just an hourly wage labor job for them.

Nicole: We have also been focusing on diversifying our staff in general. We intentionally make space and recruit female candidates. In early 2017, we started working with our local International Rescue Committee office to do some placement. It was a challenge for us. We had an employee who didn’t speak English with staff who didn’t know a second language. We are working with that and feel it has been a huge growing opportunity.

Kongs: What advice/policies do you want to share for other companies to make a shift to employee ownership?

John Abrams’ book, "Companies We Keep," offered insight into the workings of worker owned cooperatives. "The Divine Right of Capital" by Marjorie Kelly provided motivation to address inequality in the value provided by labor and capital in relation to access to profits. "Getting to Scale" by Jill Bamburg also made a big impression on me in the way it laid out the dangers of being bought out and losing your way in terms of your mission. For me, I think the employee ownership model is partly an answer to the cautionary tales that she lays out in that book.

Our professional network, including the B Corp community, has been invaluable. We’ve used them as inspiration, then we thought deeply and created the model that works for us. We’ve benefited from their leadership, mistakes and advice.

In good company: How Obvious Ventures is disrupting venture capital

See all by Jennifer Kongs