Piccard — who's from a line long of adventurers and also flew the world's first successful non-stop balloon circumnavigation — was in town to give a keynote address for the 2020 Cleantech Forum.

His mission: seeking to inspire and connect with entrepreneurs building technologies that can decarbonize systems, cut energy use and clean up air and water.

While his solar flight sought to highlight the power of clean energy and battery technology, this new work is looking to expose the growing amount of cost-efficient and profitable cleantech solutions to a global audience of policymakers, and corporate and financial partners.

The morning after his keynote, GreenBiz sat down with Piccard to learn more about his 1,000 solutions project and the Solar Impulse Efficient Solution label. He's also got a plan to raise a $200 million fund with the principality of Monaco to potentially fund some startups. This interview has been lightly edited for length and clarity.

Katie Fehrenbacher: Tell me about the #1000solutions project. Why is 2020 the right time for this?

Bertrand Piccard: The flight around the world with Solar Impulse was the first phase. It was symbolic. It was a way to show what can be achieved as an impossible goal with clean technologies and renewable energies. Now the second phase is to make it very practical, very usable for everybody, much more than a solar-powered airplane, and to show that all the types of technologies that allowed us to fly around the world without fuel are available for everybody in the field of water, energy, construction, mobility, agriculture, industry. All the solutions in these fields are profitable.

If we want to motivate the key decision-makers to go in the right direction, we have to speak their language. Their language is the language of employment, job creation and profit. So how can we prove that the protection of the environment is now profitable? How can we prove it is the biggest market of the century? Our goal is to really amplify the awareness that all of these technologies are already usable and profitable.

The goal now for the Solar Impulse Foundation is to take 1,000 examples — solutions that are profitable to protect the environment, solutions that are credible, that work now and are already on the market — and to put a label that certifies that they protect the environment and are profitable. And then make a portfolio that I will bring to the heads of state to big institutions and big corporations to give them the tools to be able to reach much more ambitious environmental targets. 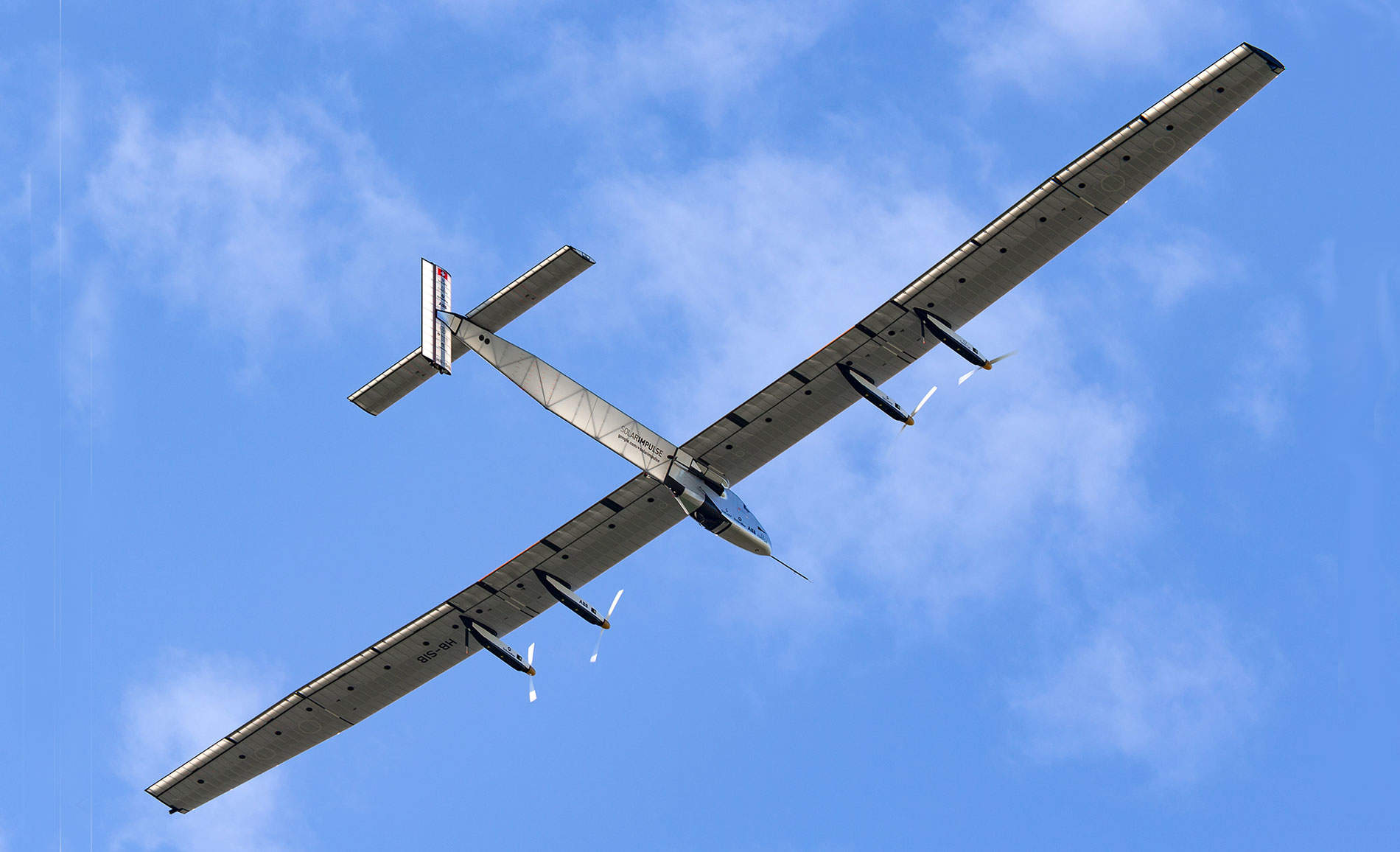 Fehrenbacher: The label signifies what? What is the benefit for the startups?

Piccard: It’s the only label in the world that certifies that the product, the system, the technology or a device that protects the environment is also financially profitable. So it’s a big advantage to companies to be able to show that there was due diligence on their product and that it’s worth investment, it’s worth having the loyalty of customers, and it’s worth being chosen in a public procurement.

It’s a big advantage because they show that an external institution that are not financially involved, we are a not-for-profit, is giving them this recognition that their product can protect the environment and make a profit at the same time. So it's really something that can much more easily facilitate the adoption in the market and by public authorities. And even, this is my deepest wish, to modify the regulations.

Fehrenbacher: These companies are currently profitable? Or they have the ability to become profitable?

Piccard: They have to be profitable with the product they have. It can be a business plan that is credible or it can be proved by the facts. What we don’t want is to have just an idea. You have great ideas, but it’s too early.

My filter to accept a company is what I can say to a climate change denier. If I tell him we are finding a lot of ideas that they are going to fight climate change, he is not going to listen to me, but if I tell him even if there was no climate change, it would make sense to use these technologies because they are profitable, they create jobs and they exist today, the guy is going to be interested.

Fehrenbacher: How many companies have been selected so far into the program?

Piccard: Today 353 have received the label.

Fehrenbacher: How long do you think it will take to reach the 1,000?

Piccard: I don’t know. It depends on how much support we get from incubators, investors, multipliers, accelerators and companies involved that are with this business. Because we have to go fast. It has to be as soon as possible. We won't have a second chance.

If they want to make it to the market, it’s a question of profitability and they have to communicate much more with that.

Do you know we have to understand that even 2 degrees, it’s not pleasant summer with warmer holidays for the population, 2 degrees is like when you have a big fever when you are sick. If you have 2 more degrees in your body temperature you go in emergency to the hospital. So it's not a question of it’s a little bit warmer, it’s a real disaster because it disrupts the balance of nature. 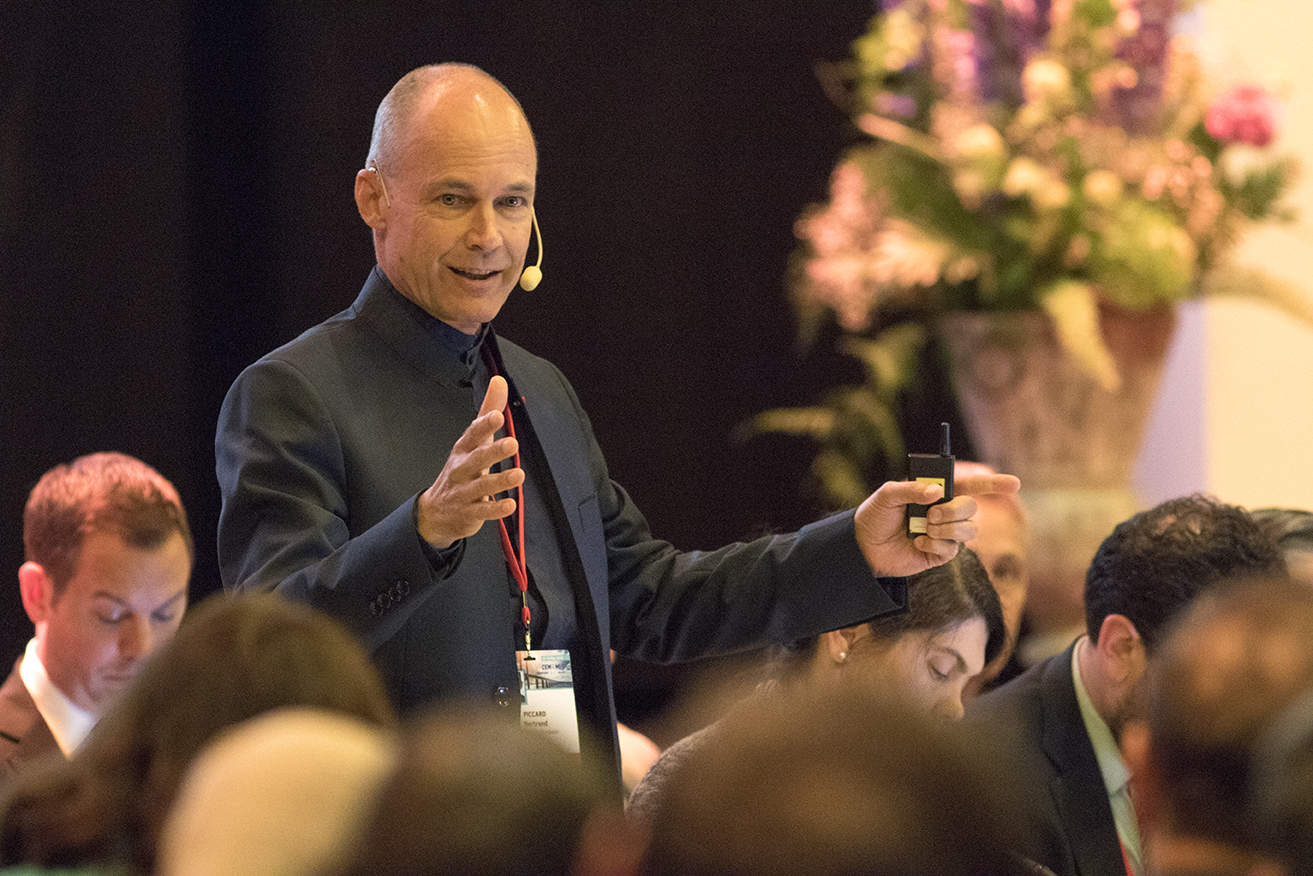 Fehrenbacher: You were just at Davos and COP 25. Did you see a lack of taking entrepreneurs and private cleantech solutions seriously?

Piccard: There is a huge lack of consensus on the international level, clearly. But the failure of the COPs is now bringing frustration to a lot of countries, regions and corporations, which react on their own. Instead of being a top-down approach, and international consensus, it’s a bottom-up approach where you have a lot of pixels on the screen that start to grow and touch each other and start to make a difference.

The example is the financial world. The pension funds: They have trillions of dollars invested. They cannot afford to lose half of it because the shares of the oil companies will go down in 20 years, they have to anticipate this. So they have to go into investments that are profitable. Otherwise, they’ll lose 50 percent of their investments, which will be a disaster for the retired people.

Fehrenbacher: What type of solutions have you found that are particularly inspiring, either specific companies or types of technologies?

Piccard: For startups, for example, a module that you can install on an internal combustion engine on a car. It costs $600, cuts 80 percent of the particles emitted and reduces by 20 percent the fuel consumption. On a taxi, the payback time is six months, so it’s not only climate change but also quality of air and also fuel savings, which makes it profitable.

On the industrial level, we have a startup that has found a way to make stainless steel with 99 percent less water, and it costs 91 percent cheaper. Fantastic. Another thing I like is a way to recycle plastics in order to produce high-value waxes or solvents.

New material you put around the seeds when you plant, something to grow. It captures the moisture and makes it better for the plant, so you need less water and much less fertilizers. Ways to capture the CO2 from the chimney and turn it into a foam to make mattresses.

I could go on like that forever because it is so clever what these people have found. If you put all of these together, you make a huge difference. All of these together: it's already 50 percent of the CO2 you can cut, just today with what we have today.

Fehrenbacher: Cleantech startups have been a difficult space for a variety of reasons in Silicon Valley. Have there been lessons you learned over the years from watching these startups?

Piccard: A lot of people want to do good and are explaining how their product is going to protect the environment, which actually doesn’t make any sense for people who want to earn a lot of money and have salaries to pay at the end of the month. I think the communication should be aimed at the profitability of these products. Maybe they can add, by the way, it also protects the environment. But if they want to make it to the market, it’s a question of profitability and they have to communicate much more with that.

We’re going to launch a fund with the principality of Monaco in order to invest in these solutions.

Fehrenbacher: Are you finding a lot of companies in Silicon Valley?

Piccard: Yes, because the regulation in California is very progressive in terms of environmental protection. In terms of energy efficiency, the regulation is clever. It's pushing the industry to go in a good direction. So, of course, the industry and the government need solutions in order to sustain this intelligent and clever policy. So you have good solutions in California.

But in the rest of the U.S. also, you have a lot of companies that are doing really good and a lot of states that are doing really good. I think the only one who got out of the Paris agreement is Trump. It's not the United States. So working with the Cleantech Group is an excellent chance to contact a lot of startups or even bigger, medium-sized corporations, in order to help them benefit from the label and to be able to sell themselves better. If you have this label that helps them sell themselves better, it’s a big advantage for them [and could help them] be included in public procurements.

Fehrenbacher: How do they find you?

Piccard: It’s at solarimpulse.com. The submission form is on the website, but what we have noticed it takes about half a day to fill out the form. You have a lot of startups that stop and don’t continue, so we are now having a hotline to support the startups to continue filling out the form to advise them to fill it out faster. It's clearly a big advantage for them to have the label and we have nothing to earn, we’re a nonprofit.

Fehrenbacher: And there’s no investment involved from your group?

Piccard: Not from the foundation itself. But we are in contact with a lot of investors who are really interested to see this portfolio to be able to invest. And we’re going to launch a fund with the principality of Monaco in order to invest in these solutions, in order to give them an additional advantage and to support them even better.

Fehrenbacher:  What is Monaco’s interest in cleantech solutions?

Piccard: Monaco has a prince who is very involved in the protection of the environment and very active. He has himself a foundation himself and he’s working for water, biodiversity and climate change, natural resources and energy.

Charting a new course: How innovative businesses can lead the way to greener solutions