As Dr. Bruce Banner in the 2012 action film "The Avengers" — and in the forthcoming sequel "Avengers: Age of Ultron" — actor Mark Ruffalo portrays a brilliant scientist who, when provoked, transforms into the unstoppable green superhero known as the Incredible Hulk. He teams up with fellow superheroes to form the Avengers, who rely on their special powers to protect the planet against a potentially cataclysmic threat over the skies of New York City.

For Ruffalo, this is a curious case of art imitating life.

Off-screen, the 46-year-old actor also has the ability to turn into a green superhero of sorts: both as an outspoken opponent of the controversial drilling practice known as hydraulic fracturing, or "fracking," and as a high-profile backer of the all-out replacement of nuclear- and fossil fuel-based energy systems with renewables.

This real-life green superhero is a member of another formidable superteam at The Solutions Project, a non-profit group co-founded in 2011 together with Stanford scientist Mark Jacobson, banker Marco Krapels and filmmaker Josh Fox with the stated mission "to use the powerful combination of science and business and culture to accelerate the transition to 100-percent clean, renewable energy."

It's an audacious aspiration to be sure, especially considering that renewable energy accounted for just 10 percent of total U.S. energy consumption entering 2014, according to the Energy Information Administration, and only 13 percent of electricity.

But if this all-out green-energy goal were considered ridiculously unobtainable by many, and completely undesirable by an insidious few, it would be the perfect set-up for heroic actions — or at least a valiant effort.

Relying on their unique strengths in science, business and culture, these green avengers also coalesced to address a threat in New York. Fueled by a desire to find alternatives to fracking in the Marcellus shale gas formation in upstate New York, where Ruffalo owns land, the nascent group approached Jacobson. The esteemed atmospheric scientist already had garnered popular attention with the 2009 Scientific American article "A Plan to Power 100 Percent of the Planet with Renewables," which outlined a general plan to power the world primarily with wind, water and solar power.

"That got me motivated, but I said I probably didn't have the time. I said I'd put together a one-paragraph New York energy plan," Jacobson recalled in an interview with GreenBiz. "But that night I got inspired. Overnight I put together a 20-page basic plan. That was what kind of started it. It took another year and a half to fully form, but that's how The Solutions Project was born." 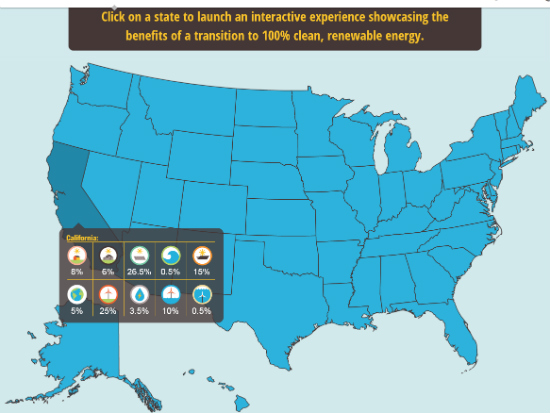 Since then, Jacobson and his team at Stanford have created 50 basic state plans to transition to various combinations of 100 percent renewable energy, based on each state's specific wind, water, solar and geothermal resources.

But despite the effort's scientific underpinnings, The Solutions Project is anything but academic. Like "The Avengers," it aspires for mass appeal. And it's getting attention from some unlikely corners. Jacobson, for example, last year appeared on "The Late Show with David Letterman" to talk about global and U.S. clean energy plans, while Ruffalo just last month attended a NASCAR race at Chicagoland Speedway, where he cheered on environmentalist racecar driver Leilani Münter. Münter's PrairieGold Solar car featured an ad for The Solutions Project.

Such appearances are aimed at engaging the public and creating broad awareness around the group's main message — namely, that moving to renewable energy for all our electricity, heating and cooling, transportation and industrial needs makes sense from economic, environmental and health perspectives.

Some companies aligned with 100 percent goal, others maligned

"The ad-hoc group we put together is clearly effective," said Jacobson, pointing to a diverse range of business supporters that includes Tesla, Google, Facebook, Mosaic and Walmart.

"Walmart recently adopted their own 100-percent renewable energy goal, so they are really excited about this and they help any way they can," he added. The retail giant is the sixth-largest user of renewable electricity in the country among corporations participating in the EPA's Green Power Partnership program, right behind Google.

Jacobson acknowledges some skeptics view the 100 percent target as too far-fetched, too extreme, too unrealistic. 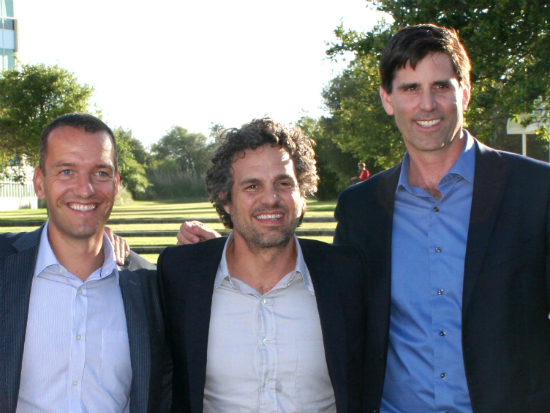 Electric utilities, for example, "never want to change anything," he said. "That is why you have to go straight to policymakers. It would be good if they did see this as a joint challenge and an adventure. Some do, but most are very conservative."

Despite powerful opponents and resistance to change, select aspects of The Solutions Project's increasingly detailed plans are being implemented.

"We've made some progress in New York," noted Jacobson, where Gov. Andrew Cuomo in January committed $1 billion to develop solar power and another $1 billion to open the New York Green Bank. In addition, Gov. Cuomo wants to install 10,000 new electric vehicle-charging stations in the state. Each idea, said Jacobson, can be found in The Solutions Project's detailed plan for the Empire State.

"As first steps, we were very happy that he listened and took some action," said Jacobson. "The governor hasn't stated a goal to adopt our plan to go to 100-percent renewable energy, and that's what we'd really like him to do."

Over the next year, Jacobson and his team at Stanford plan to publish more detailed energy plans for all 50 states, as The Solutions Project's green energy superheroes and their supporting cast continue to engage America on economic, scientific and cultural fronts.

In other words, like "The Avengers," there should be many sequels.

Top image of Mark Ruffalo as the Incredible Hulk by Marvel Studios.