There's no lack of skepticism about the UN Rio +20 Earth Summit, and when it comes to political leadership, no real progress has been made. But that's not the whole story.

Alongside the People's Conference, Rio+20 has been a showcase for the role of the private sector and the importance that building the global green economy has for taking sustainability to global scale. That's not without controversy, but it's also a cause for optimism.

Global business working together with NGOs, advocating to implement Rio's sustainability goals is a sign that we're getting serious about making them succeed. Now governments need to step up to the mark and work with us.

The first Rio Summit 20 years ago was historic. It produced ambitious declarations and treaties on environment and development, biodiversity, forest protection and climate change. At the same time, it did something else that was very far-reaching but perhaps less well known: it established collaborations between the private sector and civil society to gear economic activity towards sustainability.

Over the past 20 years, those collaborations have evolved to the point where businesses and NGOs working together have become the biggest, most important factor in spreading sustainable production and sourcing practices across the world. Hundreds of global companies like Domtar have committed to sourcing all their wood and pulp, or their agricultural products in their supply chains, entirely from forests and farms certified for sustainable production by the Rainforest Alliance. Sustainability has become a deep part of their business model and their DNA.

This shift is having global-scale effects on the economy and the environment. Today, more than 10 percent of global production in key commodities and sectors now operates under some form of sustainability standards. There is something even more significant about this shift by some of the world's leading businesses. It shows that while protecting your short-term interests you can also have an eye to the long term, to securing the future for your business, for society and for the planet.

No small feat, and one that our political leaders need to learn, and learn fast! But to achieve Rio's goals, we'll need to get from 10 percent to 100 percent. That will require more public-private partnership. The outlook for growing the green economy is profoundly influenced by governments -- not only in how they enforce existing laws and regulations, but in the positive incentives they offer and the investment environments they create. And if they do nothing else when they return home from Rio they must do this.

There are myriad examples worldwide, including some close to home. Wisconsin gives landowners property tax breaks for certified sustainable forest management [PDF], many U.S. state governments provide tax incentives to invest in pollution control equipment, and the Canadian government offered incentives for energy efficiency upgrades at pulp and paper plants. Producing more such agreements and policy initiatives that that help accelerate growth of sustainable production and consumption is where Rio+20 can excel.

In fact, it's already delivering results in that department: At Rio the U.S. government announced a program that will "forge a private-public partnership to support a concerted international effort to reduce deforestation by promoting sustainable supply chains."

The U.S. will work with other governments, NGOs and the Consumer Goods Forum -- which brings together over 400 major manufacturers and retailers from 70 countries -- on public sector procurement policies that fight deforestation by purchasing sustainably produced goods. The U.N. Environment Programme (UNEP) and partners also announced an International Sustainable Public Procurement Initiative (SPPI) to increase public spending on goods and services that maximize environmental and social benefits.

The potential impact of these policies is enormous. Public procurement already represents close to 20 percent of GDP in OECD countries [PDF] (over $4.733 trillion annually), and often more than 20 percent of GDP in developing countries. If countries North and South focused those resources on sustainable goods and services the green economy, now making up about a tenth of global economic activity, could double or even triple.

In addition to spending their own money, governments represented at Rio could also do a lot to leverage private sector investment in sustainable products and services, by framing more incentive programs and supporting them properly. A recent Vance Center study found that in the Americas at least, government incentives seldom got funded or promoted, and lacked consistency or focus on top problems. Rio delegates have a golden opportunity to change that in the wake of the conference.

So the real test of the Rio+20 Earth Summit is not the weak communiqué that was produced, but what governments do next. Business and civil society are showing the way. When governments catch up then the shoots of the green economy will grow and flower, and sustainability really will be a goal and not simply an aspiration. 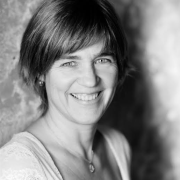 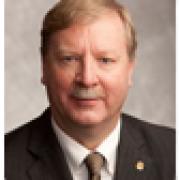