Some light in clean tech investing, despite the gloom

For more than a year, media outlets have posted stories on various major venture capital firms throwing their arms up in frustration and feeling woe over their cleantech investment portfolios. These down-and-out VC stories have been coupled with broader reporting on the drop in the total VC funds issued for cleantech after two years of growth in 2010 and 2011.

Indeed, Q4 2012 experienced a particularly low VC investment period for the alternative energy and fuels subset of cleantech, with just about $70 million in investment, the lowest quarterly mark in at least four years. Total cleantech investments in Q1 2013 were at an even more dramatic seven-year low.

This negative has have left many pundits with a dour attitude and confused understanding of the viability of investments in clean energy and related technologies.

Clean energy investment way up in the U.S., just not from VCs

VCs invest when the both the risks and potential rewards are high. Inspiring stories of VC investments in two folks toiling away in a garage on a clever idea is a bit at the far end of risk for VCs, but certainly they do usually make bets on companies that are pre-positive cash flow, and not infrequently, pre-revenue. Once a market begins to reach a level of early maturity, risks and rewards come down, and VCs exit all but the leading edge of the space.

This transition mostly occurred many years ago in the utility-scale wind and solar project finance market, including the backing of development companies, and is in mid-transition for distributed solar PV projects. A good example of this transition is distributed solar PV developer SolarCity, previously backed primarily by VCs but then floating a portion of its common equity to retail investors in an IPO in December.

Today’s situation, with the vast majority of clean energy investment not coming from VCs, is actually a positive indicator for the maturation of clean energy markets. PricewaterhouseCoopers tracked VC investments at $3.3 billion in U.S.-based cleantech companies in 2012. Yet U.S. project investments in wind and solar — both experiencing record totals in 2012 — exceeded $25 billion and $11 billion, respectively. The combined $36 billion is more than 11 times cleantech VC investments in 2012. Yet wind and solar are only a subset of alternative energy.

Furthermore, alternative energy is just a subset of cleantech, generally inclusive of environmental advances in other markets including smart grid, energy storage, energy efficiency, waste management, transportation, water provision, wastewater management and pollution abatement. Combining the project, corporate and other non-VC investments in newer technologies in these markets likely produces a ratio in the vicinity of 100 times.

Granted, some consider the word “cleantech” to explicitly describe only the VC stage (possibly coupled with the private equity stage) of environmentally beneficial tech-based investments, but this characterization isn’t fully appreciated outside of the financial community and certainly not sufficiently comprehended by the general public.

One could conclude that much of the follow-on investment is providing working capital or first project capital to companies that their VC investors had hoped by now to have profitably exited or at least be self-supporting through positive cash flow. Part of the reason these VC firm desires have not been realized is attributable to a much higher burden in the energy market on proof of product/service viability than in other markets historically attractive to VC investors. For instance, for many software applications, beta versions can be widely distributed to users to allow for feedback and improvements through early adoption. Many cleantech products and services do not have this advantage, relying on high capital investment to reach the economies of scale necessary to compete.

This high capital need is often described as the “valley of death.” Investment needs are too high for VC firms, yet the risks remain too large for later-stage investors such as infrastructure funds, corporations and various forms of public capital. Companies facing valley of death financings are often found within advanced biofuels, solar modules, advanced materials and electric vehicles. Much (about $36 billion as of June 2012) of the clean energy-focused ARRA stimulus funding went to loan guarantees, one of the solutions to navigating through the valley of death.

Now without this stimulus, cleantech companies have had to become increasingly clever about getting to meaningful production and revenue levels, through using contract-based foundry support, bolt-on rather than new-plant solutions, targeting a higher margin and lower volume set of first products, allowing for significant valuation dilutions through corporate investments or joint venture vehicles, and other routes.

Motivation to surmount the valley of death is great, because while the valley can be large, so is the potential prize. Energy is a massive market, at over $6 trillion globally and over $1 trillion domestically. When significant openings in the market occur -- such as the current “gold rush” for renewables in Japan, the 2005-2007 explosion of ethanol financings in the U.S., and various solar boom periods in European countries (still ongoing in Germany, despite much lower feed-in tariffs and troubling economic times on the continent) -- significant investment returns can be achieved. Timing is critical; it’s equally as important to be “right” with a business model as it is to be “right” at the right time.

First Solar, the #2 solar module manufacturer in the world, may become a case in point. Its products and project development teams are top notch, despite a turbulent market history. It may now claim much of the spoils in the solar market as previously uneconomically supported module manufacturing companies, particularly in China, struggle and go bankrupt, including #1 Suntech.

At the recent Bloomberg New Energy Finance Summit in New York City, Bloomberg leadership posited that the new return on investment (ROI) increasingly will be about resiliency, optionality and intelligence (cleverly also “ROI”). Good forcing function examples of this have occurred in Japan, where the government more or less shut down its nuclear power fleet overnight, as well as along the U.S. East Coast with the extended power outages due to Hurricane Sandy. The best clean energy investments will prevent and mitigate such major disruptions, whether initiated by political, technical, natural and/or other drivers. Or clean energy will be the customer-desired disruption itself, predicated on the new ROI, such as perhaps the coupling of off-grid residential natural gas-powered fuel cells and solar power, about which NRG has made its interest very public.

What’s in and what’s out?

Clean energy investing will grow but become increasingly hard to “bucket.” Accurate data collection may lend itself to the evaluation of venture capital firm investments in companies that clearly, or at least partially, appear to fit nicely in a limited set of cleantech markets. However, one has to wonder how accurately investments in a broader swath of technologies that can have substantially positive effects on the environment can be precisely determined.

Would Whole Foods, whose stock (NASDAQ: WFM) is up 350 percent over the past 4 years, be considered by any market analyst to be a “clean energy” company? I doubt it. Yet Whole Foods’ focus on local procurement may lend itself to substantial food value chain energy savings. With companies increasingly focused on their environmental footprint and sustainable products, services and overall business models, cleantech and clean energy companies increasingly will extend well beyond neatly bucketed markets.

The VC flow of funds into traditional market categories of cleantech undoubtedly has slowed. This may be a sign, however, of the maturation of some areas of cleantech and clean energy finance as, for instance, safer, project-level investing in wind and solar in the U.S. recently have hit record highs. Also, there is a reawakening about the opportunities for clean energy in an increasingly turbulent world, through better resiliency, optionality and intelligence, as stated recently by Bloomberg and supported in RMI’s Reinventing Fire. Lastly, actions that can be profoundly beneficial environmentally are increasingly considered in the business models of companies in all markets, not just those that clearly fit into neatly defined cleantech and clean energy market categories. 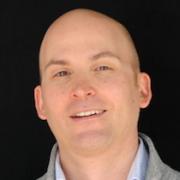 Is Texas the next frontier for electricity reform?

See all by Dan Seif