Sony Ericsson is adding two phones and a handsfree headset to its GreenHeart line of products with lowered environmental impacts.

The company's GreenHeart initiative, begun in mid-2007, brings together the major green efforts that Sony Ericsson has taken up to lower its products' resource and energy use.

The two new phones, the Elm (left) and Hazel (below), both contain recycled plastics, come with an in-phone electronic manual, are made with waterbased paint, are wrapped up in minimized packaging, include a condensed user guide and are not made with the chemicals PVC, beryllium, brominated flame retardants and antimony. 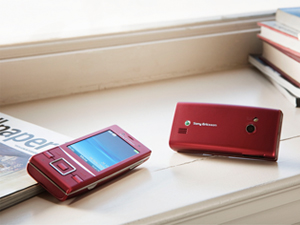 Sony Ericsson is putting out an additional headset, the Bluetooth Noise Shield Handsfree VH700, and said it plans to make all of its accessories compliant with its GreenHeart guidelines by 2011.

Like the C901 and Naite, the first two GreenHeart cell phones, the new Elm and Hazel are feature-filled phones, with 5.0 megapixel cameras, Widget Managers that allow easy access to social networking sites, Google Maps, a media player and more.