Back in 2008, when the US Tennis Association launched an ambitious effort to lower the environmental impact of its mammoth US Open event, it turned out to be nearly impossible to find a vendor to supply enough recycled paper napkins, greener plates, cups and flatware. Niche suppliers existed, to be sure, but few were big enough to handle the two-week long event’s 700,000 guests.

In the world of greener sports events, those take-what-you-can-get early days are long gone. At the Green Sports Alliance’s third annual summit in Brooklyn this week, visitors could sample a dizzying array of recycled, recyclable, carbon neutral or compostable alternatives from vendors on hand, including bamboo plates, plant starch utensils, sugar-cane clamshells and even bioplastic sushi containers.

After holding its previous two summits in the green-friendly Pacific Northwest, the GSA shifted its summit to New York City this year.

“This is where the big leagues are,” Darby Hoover, NRDC senior resource specialist, told me. She meant that literally. The four largest pro leagues are headquartered within a few blocks of each other in midtown Manhattan: Major League Baseball (MLB), the National Basketball Association (NBA), the National Football League (NFL) and the National Hockey League (NHL).

From 11 teams and venues in 2011, when it debuted nationally, the alliance now boasts 180 from 16 pro and college leagues, along with concert-promoter and venue-giant AEG. 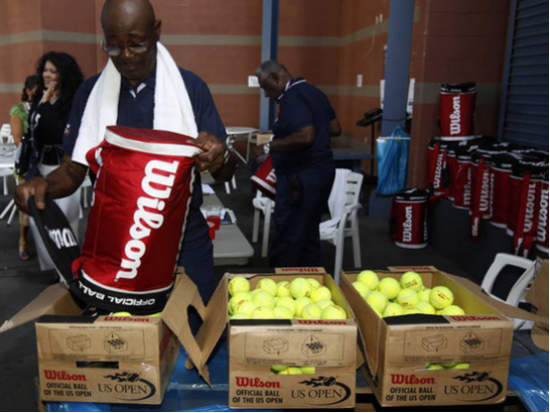 “Competition absolutely raises the bar,” said Bob Nutting, Pittsburgh Pirates chairman of the board. "There are a lot of competitive personalities in sports. Say you’re No. 3 in [recycling] diversion rates in the Major League. You can be sure we want to move to No. 2 or No. 1."

Job done? Hardly. That’s the easy stuff. It saves money by cutting waste, energy and resource use, said a senior sustainability executive who oversees scores of sporting venues and asked not to be named. But deep skepticism persists. There's still a presumption that these are costly steps, although the industry has overcome assumptions that these options are impossible.

That’s mirrored in the share of teams that haven’t yet come on board. In baseball, for instance, 17 of 30 teams are GSA members. Just 12 of 32 NFL teams and a mere seven of 32 NBA teams are on board. Penetration into college level sports remains even thinner. 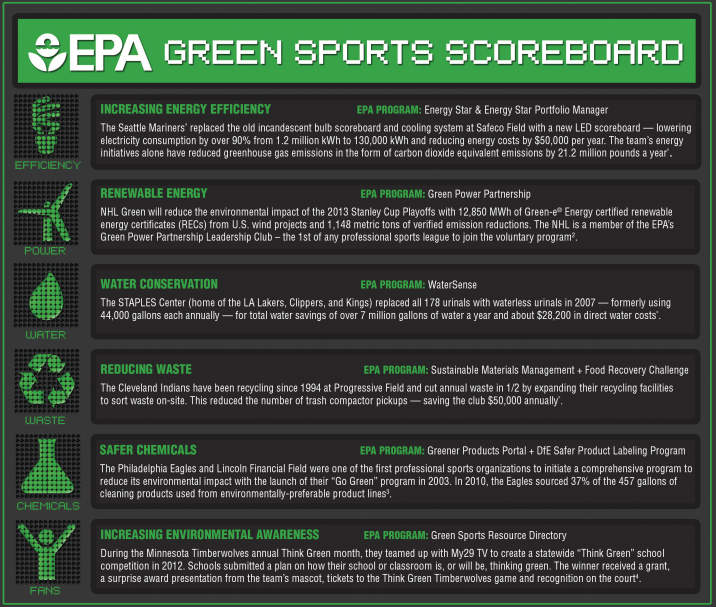 To help the eco-laggards get with the game, here are seven tips from team owners and sustainability gurus.

Play the long game. “Everyone loves sustainability when it goes perfectly,” said Nutting. “In Pittsburgh, when I took over the team, it was in a losing cycle. So I got some unpleasant letters saying that we were valuing green priorities more than on-field experience.” The team fixed that in two ways. First, by winning: the Pirates are neck-and-neck with the St. Louis Cardinals to win their first divisional title in 21 years. And second, “by sticking to the priority through thick and thin.”

Moderate the message. Now in its sixth year of promoting green programs, the USTA is finding that less messaging can be more effective. “In the first year, we used the PA system with constant announcements and signage everywhere to remind visitors to recycle,” said Lauren Kittelstad Tracy, USTA’s senior manager of strategic initiatives. A survey revealed that it was too much. “Our guests know that recycling is important,” she said. "It’s more important to make it easy for them to do so than to remind them to do it."

Tap into "jewel" events. Playoffs, championships and all-star games are emerging as high-visibility stages that leagues can use to extend the visibility of their green efforts into communities, the media and other franchises. Baseball has made its All-Star Games a prime focus for these efforts in recent years. At the 2013 game, the MLB deployed green teams to roam up and down the stadium, like vendors, to collect cups, cans and plastic. The effort helped achieve record rates of waste diverted from land fills, said Paul Hanlon, director of facility operations, MLB. To cut food waste, the event pushed beyond composting, by donating unsold foods to a charity.

Localize efforts, geographically and digitally. Asked if a fear of offending conservative voters might slow green initiatives in conservative areas, panels agreed hesitatingly. “If we put those messages [about carbon reduction] on Chevy’s Facebook [page], we get a ton of negative messages from deniers,” said David Tulauskas, director of sustainability at General Motors, which sponsors IndyCar driver Simona de Silvestro. “On Twitter, there’s not so much of a problem, though." Meanwhile, at Circuit of the Americas (COTA) racetrack near Austin, Tex., Formula One and other race events must be conducted under strict carbon emission and other eco rules set out as city law, explained Edgar Farrera, COTA’s director of sustainability. 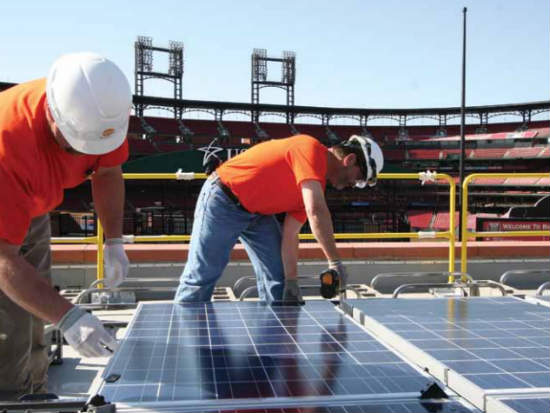 Do more with sponsorship. Progress is slow in linking sponsorships to sustainability goals, said Justin Zeulner, senior director of sustainability and public affairs for the Portland Trail Blazers. Globally, some $14 billion in sponsorship funding is poured into sports deals, ranging from players’ shoe contracts to venue-naming rights. Yet while venues are working hard to green their operations, the link with sponsors is weak at best. There’s a disconnect between the strategic decision to sponsor a venue which is made at a very high level, GM’s Tulauskas explained, based on a given market age, gender mix, ethnicity, geography and other demographic factors. But the sustainability messaging happens locally, only once the agreement has been set, he added.

Put an (athlete’s) face on green goals. As yet, there is no Michael Jordan of sports sustainability. This is a problem, said Greg Busch, executive vice president of GMR Marketing, an event promotional agency, because as successful as any team may be in pushing greener practices, a celebrity athlete can reach a broader audience. “The athletes give you a face and a voice. That allows you to really communicate with kids, moms, fans in general,” he explained. Athletes remain apprehensive because green is such a broad platform, unlike many products or charities they commonly back.

Resources. As part of the event, the EPA announced its Green Sports Resource Directory, thick with advice on greening efforts, as well as a scorecard of leading efforts. NRDC debuted a guide focused on college efforts. The report, "Collegiate Game Changer," complements the NRDC’s reference work for pro teams, "Game Changer," published in November.

Image of astroturf by narokzaad via Shutterstock. Photo of solar panels atop the St. Louis Cardinals' Busch Stadium via Microgrid Solar

How tenants continue to press for greener commercial buildings, despite COVID-19

As crises collide, can California meet its climate goals?