For Ruth True, it all started on an art trip to China.

“I took a trip in 2008 with a group from the Seattle Art Museum to China. We visited four provinces and seven cities — it was fascinating — but above it all, I could not look past the fact that we rarely saw the sky. In fact, we saw blue sky only half of one day during our two weeks in China. The Chinese had gone from not being able to eat to not being able to breathe, in large part due to the mass consumption in the U.S and elsewhere in the developed world. ”

So True, a serial entrepreneur who’d worked in the food and catering businesses, came back to Seattle, determined to self-fund something new that would have a positive environmental impact. But what to do?

With her five kids, four of them girls. 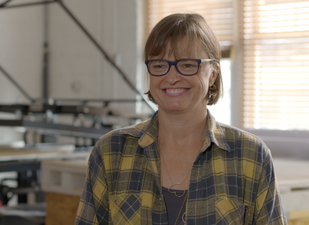 Ruth True noticed she could find little in the way of apparel and toys that were made in the U.S, despite searching local shops and big chains such as Whole Foods Market. So, in 2009, she opened a little shop and called it Nube Green. She decided on the name Nube because of feeling like a traditional "newbie" in the environmental world but liked the aesthetics of the spelling Nube for her brand.

The shop featured only U.S.-made and sourced gift and apparel items. This, she reasoned, would reduce carbon emissions and also would appeal to patriotic and help-the-economy impulses. Still, with the massive cost advantages from manufacturing in China and, even more so, in Southeast Asia, people told her it couldn’t be done. And, truth be told, it’s been a struggle: "In our first five years or so, we were able to survive but people had a hard time finding us and the amount of U.S.-sourced goods was limited."

But True, for the most part, was undaunted. And she was about to get a second bolt of green business inspiration, this time from her basketball-playing daughters.

She couldn’t find U.S.-made girls basketball uniforms. On top of that, at a Las Vegas youth basketball tournament, True noticed thousands of kids buying one-time use plastic water bottles, which ended up in the trash. The LED light bulb went on above her head and she decided to start a company that would work to solve both concerns: She would manufacture basketball uniforms in the U.S. made from recycled plastic bottles.

And so Nube9 was born.

She kept the brand Nube from her store and added "9" because of the initial estimate that it takes nine plastic water bottles to make one jersey. "I did a ton of research on manufacturers who used recycled product — and settled on Repreve, a company based in North Carolina which makes yarn from recycled bottles. We then found a great knitter, a great seamstress in Los Angeles, conducted more R&D, secured some space in L.A., and off to work we went."

The Nube9 team developed five of its own recycled poly fabrics but purposefully didn’t patent them. "We want to expand the category," offered True. “So we went with an 'Open Source' business model.” It started with basketball uniforms, for obvious familial reasons, but by growing its team and responding to the players' feedback, Nube9 began to refine the product and expand its line to many sports.

Youth sports (younger than high school) started as Nube9’s key target market. In part, this was due to the dominance of Nike and other big players in the high school sports market. But an even bigger reason was an influence:

"The idea was to get cool uniforms on the bodies of our youth, the key influencers of popular culture, and create 'aha moments' that will spread the word about the unis virally," said True. "When the kids try them on, they are blown away by the idea of uniforms being made from plastic water bottles and love the custom look of the jerseys." 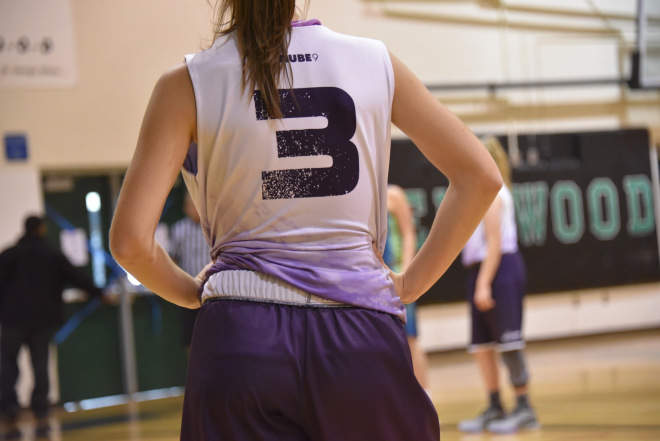 Ruth True
<p>Nube9 basketball uniform made in the U.S. from recycled plastic bottles.&nbsp;</p>

Nube9 has found that, once it gets one team on board, word then spreads among the basketball community about the environmental benefits, competitive pricing and custom looks and the other teams follow. Or, as True puts it, "Who wouldn’t want to look great on the court and help save the environment at the same time?" Meanwhile, coaches are bullish on the Nube9 uniforms from an efficacious perspective as they respond to the quality, durability, wicking and softness of the fabric.

Trying to think two moves ahead, Nube9 recently launched a streetwear line. "This greatly broadens our potential market beyond youth to include daily wear, the yoga world, as well as the growing 'athleisure' segment," True said. "This is a higher-priced/better margin segment for us, but we’re still managing to stay lower than companies like Lululemon."

The company is taking a unique, cutting edge, "telling stories through apparel" approach: Per True, "We took a picture from the New York Times of plastic ocean waste and turned it into a design on our leggings in one day." And a brilliant, powerful social responsibility element is embedded in the purchase price: Buy a pair of leggings and fund the work of a climate scientist.

2016, Nube9’s first year on the market, saw the company get off to a modest start but it was able to divert 795,000 plastic bottles from the landfill. 2017 finds the company at a tipping point of sorts: sales are conservatively estimated at $1 million, and, according to True, the company is ready to handle larger orders.

And it also has a plan to handle the uniforms’ end-of-life.

The company urges teams to send uniforms, which otherwise would be discarded, back to Nube9. "The closed-loop recycling approach of Nube9 uniforms is critical and we are using companies on the cutting edge of the technology," said True. "We simply cannot put more micro-fiber into the oceans. Most high schools put old uniforms into storage or, worse, send them to the landfill."