More than 562 federally recognized Indian tribes, bands, nations, pueblos, rancherias, communities and Native American villages are in the United States, with many indigenous peoples living near reservations or within tight-knit urban communities. Like anywhere else, these communities have homes, schools, health care facilities, business enterprises, restaurants, shops and more — many of which require upgrades and enhancements to existing technology and building materials.

Energy technology upgrades present a prime opportunity to address existing efficiency, environmental and operational cost concerns while simultaneously supporting the ongoing issue of how to catalyze economic growth for Native American reservations. LED lighting retrofits, in particular, present an intriguing opportunity. Although they are not mandated on tribal lands, requirements for federal facilities have spotlighted this opportunity.

Historically speaking, one of the greatest challenges in making this change was that LED technology long had been considered too expensive and the length of projects were rather timely. So, many tribes overlooked it solely because of costs and time required to complete.

But as costs came down, installations became more streamlined and the technology improved, these projects have become a reality in more places — especially if the work can be completed by a Native American organization or Native American workers.

Tribes that are close to large cities or heavily invested in gaming often have an economic advantage when it comes to engaging in these projects.

Tribes that are close to large cities or heavily invested in gaming often have an economic advantage when it comes to engaging in these projects. Some are planning community-wide retrofits to reap the cost, health and energy benefits. But for tribes in rural areas, resources are a bigger challenge. They understand that LED technologies bring energy and cost savings, but many don’t have the capital to pay for a complete retrofit for their existing, older structures.

LED solution providers such as SunLand can surmount that obstacle by working closely with these Native American communities to create a partnership model that allows them to implement LED technologies with little to no upfront cost.

We’ve found that creating partnerships with companies such as GB Energie and Revolution Lighting Technologies allows us to provide a free audit to Native American communities so that they can better understand the energy savings potential — giving them the first piece of information they need to make these important decisions.

These audits take into account both light count and energy use, and involve looking at past utility bills to calculate what the community’s potential savings through an LED conversion. For tribes we’ve worked with here at SunLand Global, there’s an average of 50 percent to 60 percent energy savings from the shift to LEDs and to our lighting control systems. Additionally, for some projects, the savings on the utility bill have the potential to secure a payback period of two to three years so the communities then see an additional seven to eight years of savings because of our 10-year warranty.

Some traditional lending sources look to finance energy projects and Native American banks often lend to tribal projects; the potential to access both of these financing mechanisms creates more avenues for tribal communities to proceed with projects. Such financing also can allow the communities to consider more of a comprehensive reservation retrofit, rather than piecing together updates on a project-by-project basis.

We are in the beginning stages of a project for a tribe in Wyoming where we’ve performed the audit. They are considering a complete reservation retrofit — something that hasn’t really been done before. If the initiative is greenlighted, it will be considered a prototype project for other Native American communities to follow.

Looking beyond the energy-related benefits

Naturally, much of the focus on LEDs is on the energy efficiency potential, but other economic benefits can be realized.

For example, studies have shown that installing a dimmer reddish to pink colored LED lighting in casinos can lead people to remain in those gaming areas longer. Further, LEDs have been proven to increase work productivity and are more environmentally friendly. With LED lighting and control systems, tribal facilities also can be equipped with fixtures to indicate environmental and/or human threats, which improves emergency preparedness. Maintenance costs are also greatly enhanced: With a 10-year shelf life, employees that generally spend time changing bulbs can focus their attention on other, more important areas of business upkeep.

Perhaps most important, these LED projects can create jobs and training for other members of the Native American culture. Education and employment remain ongoing concerns for tribal communities.

By prioritizing workforce development when we’re working in these communities and using tribal subcontractors for electrical and other components of installation, my organization is addressing both issues. We try very hard to hire as many tribal employees as possible, supporting the lifecycle of Native American-owned businesses. 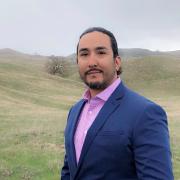 See all by Joseph Moose