[Editor's note: Kim Rendleman is now the president and CEO of the nonprofit organization Metafore mentioned below. This article has been revised to clarify the status of her predecessor.]

Starbucks is given credit by many for revolutionizing the American coffee drinking experience. The company, however, is both praised and criticized by environmentalists.

Is Starbucks a leader of sustainability or a greenwasher?

The coffee industry itself is inherently unsustainable. Coffee is cultivated in more than 60 tropical countries across tens of millions of acres of land. Tropical soils unfortunately are vulnerable to erosion and loss of topsoil, particularly when the native vegetation is removed. Coffee also has relatively high water footprint -- to produce one cup of coffee requires 140 liters of water.

Historically, much coffee was shade grown under a variety of native trees on small farms. A surge in coffee demand a decade ago significantly increased global production, thus boosting the prevalence of monoculture farming. The land is often cleared of native vegetation and pesticide use became more common.

Not all coffee beans are created equal through the eyes of sustainability. Organic shade grown coffee on smaller farms is ideal. The reality is that working conditions, pesticide use and many other factors vary greatly in this industry.

The profits made by farmers became much more volatile when global production of coffee swelled a decade ago. As the markets were flooded with coffee, prices plummeted. This created an economic hardship for those who depended on cultivation for their livelihood.

Starbucks has attempted to avoid the problems that plague the industry by partnering with Conservation International to create Coffee and Farmer Equity Practices (C.A.F.E. Practices). The partnership resulted in a set of environmentally, economically and socially responsible coffee purchasing guidelines. Starbucks purchased 77 percent of its coffee under these guidelines in fiscal year 2008 and has a goal of purchasing 100 percent by 2015. On the global market, Starbucks is a relatively small player with around 1 percent of the global coffee market, yet it has found a way to leverage its might and influence the coffee industry.

Coffee Shops and Natural Resource Use

Coffee shops depend on the consumption of large amounts of fossil fuels and natural resources. Most Starbucks stores are located in areas where coffee is not cultivated, thus coffee must be transported thousands of miles. And with more than 4,500 of Starbucks shops in 47 countries, extensive resources must be used to construct, heat, cool and power these stores.

Starbucks has been under strong criticism recently because of wasteful water practices. Water ran continuously on dipper wells, which are used to wash utensils. This added up to an estimated 6.2 million gallons of water wasted each day. In response, the company is exploring alternatives to the dipper well system, some of which have been put in place this year. Starbucks also said it plans to conduct a comprehensive water footprint audit in 2009 to get a clearer picture of its water use and ways it might be reduced.

On a brighter note, Starbucks recently announced a goal to reduce energy use by 25 percent and purchase enough renewable energy credits for 50 percent of its energy needs by 2010. The company is working with the U.S. Green Building Council to create a prototype for a LEED (Leadership in Energy and Environmental Design) Silver certified store that can be duplicated across its portfolio. A standardized design would allow Starbucks to utilize green building principles for many stores in a more cost-effective manner. It does, however, limit use of location-specific green building practices that might be ideal in one climate or setting but not in another.

While some praise Starbucks for offering coffee grounds for compost piles, other criticize the lack of recycling infrastructure for customers.

Starbucks stores use billions of cups annually by offering disposable paper cups to all customers regardless of where the beverage is consumed. This requires enormous quantities of natural resources and energy before finding their way to landfills. Starbucks does however use cups that contain 10 percent post consumer recycled content.

Although this might sound like a meager quantity, it is estimated to save tens of thousands of trees, half a million gallons of wastewater, and several million pounds of garbage from landfills. Starbucks has also helped shape the industry by using cups with recycled content. This 10 percent achievement required authorization and testing by the Food and Drug Administration and had not been permitted previously.

That authorization, granted in 2004, and Starbucks' efforts prompted comment from David Ford, then-president and CEO of Metafore, a nonprofit group that collaborates with leaders in business and society to create innovative, market-based approaches that support forests and communities.

"Starbucks should be commended for its groundbreaking efforts of working toward environmentally friendly packaging options that benefit both forests and the businesses that rely on them," Ford had said in a statement. "As a participant in our Paper Working Group project, Starbucks leadership in responsible purchasing of forest products gives other companies a clear path to follow."

The downside is that Starbucks cups still cannot be processed in many paper recycling systems. This is due to a thin polyethylene plastic coating that stops liquids from leaking out. The company has set a goal to have all cups recyclable by 2012.

Starbucks also plans to reintroduce ceramic "for here" mugs and increase use of reusable commuter mugs tenfold by 2010. They currently offer a $.10 discount to customers who bring in reusable mugs.

It would seem that Starbucks would have a very negative impact on local Ma and Pa coffee shops, but this isn't necessarily the case. Some cafes report soaring sales when a Starbucks moves in because the new shops attract more coffee drinkers to the neighborhood.

Others say they have been the victims of store placement strategy or landlords who hoped to get more rent from an incoming Starbucks. It seems the impacts of Starbucks on local competition must be taken on a case-by-case basis, helping some while hurting others. One thing is certain: A new Starbucks in some neighborhoods is a sign of gentrification.

Starbucks ranked No. 7 in Fortune Magazine's "100 Best Companies to Work For" in 2008. Noteworthy practices by Starbucks include health, dental and vision insurance to part-time employees and domestic partner benefits for same-sex couples.

Does Starbucks Measure Up?

Starbucks is frequently targeted by environmentalists for unsustainable practices, but do they deserve this? The nature of the coffee industry is unsustainable in many ways, but Starbucks has helped lead the industry towards greener practices. I would like to see Dunkin' Donuts ditch Styrofoam and Nestle forgo genetically engineered coffee beans. Although there is certainly room for improvement by Starbucks, other companies have barely even gotten started.

Starbucks' customers, however, are likely to demand more of them than Dunkin' Donuts customers will demand in the area of sustainability, which is warranted partially by higher prices. Chipotle Restaurant, for example, offers only naturally raised chicken, while Taco Bell does not.

In the end, many of the sustainability choices of a company come down to money. Second quarter 2009 net revenue ending March 31 was down 7.6 percent for the Starbucks. While some green initiatives may save money for a business, others do not. The company has closed hundreds of stores in the last year. Although some studies show that consumer demand for sustainable products has remained strong despite economic conditions, it is a challenging time to invest a lot of money in green research and development initiatives.

When looking at the company as a whole, Starbucks has addressed many of the most pressing issues to lessen its impact. Although it deserves to be applauded in some areas, there is still room for growth. Perhaps this is why it is both applauded and criticized by environmentalists. 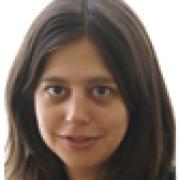 Tapping into Wind Power as a Source for Jobs

See all by Sarah Lozanova