Editor's Note: Scott Seydel, board chairman of Global Green and the GreenBlue Institute, attended the Starbucks Cup Summit this week and provided this post.

Can your Starbucks coffee cup be recycled, and if so, is it really worth it?

Starbucks' Ben Packard, the vice president of Global Responsibility, and his running mate, Jim Hanna, the director of Environmental Impact, think so -- and they invited 30 cup, cupstock and coating manufacturers, recyclers, waste managers and university researchers to Seattle this week to have a chat about it.

The experts were matched up with an equal number of Starbucks professionals in sessions that included a talk led by CEO Howard Schultz. From Monday's opening reception and dinner through the next full day at SBUX headquarters, every aspect of the iconic coffee cup was discussed as if the subject was "the beans."

Three billion of the world's 200 billion-plus paper cups that start as trees and end up at the dump each year bear the Starbucks logo, and Packard and Hanna are taking on the responsibility to fulfill the promise Schultz made to 10,000 baristas who met in New Orleans last October: All the company's iconic coffee cups will be recyclable by 2012.

Experts, who agree on the premise, have already begun examining ways to knock down barriers to reaching the goal, and some very interesting facts are emerging in the process.

Kendrick applied the Fibre Box Association's wax alternative protocol procedures to several of these cups and found some, including the familiar Starbucks cup, are certifiably recyclable under the industry-approved standard. "We believe recyclability can be determined in a certified lab and thus divert many thousands of tons of usable fiber from going to landfills," said Kendrick.

Annie White, who directs Global Green's Coalition for Resource Recovery (CoRR), co-authored a white paper with Kendrick detailing how spent cups and food packaging certified as OCC (old corrugated cardboard) grade could hitch a free ride to recycling mills if source separated. Dick Lilly, business area manager for waste prevention at Seattle's Public Utilities, reported that Starbucks' hot beverage cups (among others) are already considered recyclable and are recycled as paper in Seattle. Thus recyclers may be receptive to CoRR's cup and cartonstock certification program, if it serves to upgrade that recyclability from "mixed paper" to "OCC equivalent."

CoRR's current program will facilitate collection of spent cups from a representative number of Starbucks shops in Manhattan and utilize the city's efficient OCC collection/distribution systems to deliver them to Pratt Industries' recycling plant on Staten Island.

"Receptacles that are fitted with special paper liners will be provided for consumer use to collect spent cups, and those paper sacks will be bound in the OCC bundles that are daily shipped to the Pratt plant," said White. "Within 72 hours after being discarded, the cups collected in this demonstration program will be component in linerboard used to form New York's take-out pizza boxes."

Across the country, the problem of recovering recyclables from that haven't been separated from the waste stream is being addressed.

At Allied Waste's Rabanco facility in south Seattle, the northwest's largest and most automated Material Recovery Facility (MRF), Pete Keller assured visitors during a pre-summit tour that it is possible to separate recyclable cups when they are recognizably marked so that electronic sorters or line pickers can divert them from streams.

Jerry Bartlett, the chief environmental and sustainability officer at nationally known composting facility Cedar Grove in Seattle, solved the recognition problem by awarding a "compost-brown" stripe to pre-tested and approved food packaging suitable for commercial composting. Cedar Grove's Susan Thoman showed visitors to the site how items are tested on a massive commercial scale to earn that "compost-brown" certification.
{related_content}
At the summit, International Paper's Marketing and Business Strategies Director Kristen Newman pointed to IP's popular ecotainer as an example of a certified compostable container. She also spoke about how special functionalities and performance demands can be embodied in a single material. But she cautioned that there is, of course, give and take in balancing properties such as performance, compostability and recyclability.

As the nation's leading resource for lifecycle analysis data on original materials used in manufacturing packaging, the GreenBlue Institute has established criteria for determining costs, carbon footprint, compatibilities and end-of-life properties through its Sustainable Packaging Coalition, which was represented at the Starbucks Cup Summit by Senior Fellow Martha Stevenson. GreenBlue and the SPC assess claims with regard to LCAs, and Stevenson has overseen the creation of SPC's Compass (comparative packaging assessment).

"Compass is an online software tool for packaging designers and engineers to assess the human and environmental impacts of their packaging designs" Stevenson said. "In achieving the Starbucks promise, each element of the cup's composition will need to be considered insofar as its sustainability criteria." As a founding member and frequent sponsor of SPC programs, Starbucks will use the Compass measurement tool to help achieve the recyclability goals, said Hanna.

Stephanie Jones, vice president of the Canadian Restaurant & Foodservices Association, noted that as the process moves forward, it is important to reframe the discussion to involve stakeholders in developing common, realizable protocols and standards for recycling and composting.

Jones said various container materials, including coffee cups, are being recycled and composted in Canadian municipalities today, and that working to establish common standards has assisted operators in making packaging choices -- and in educating consumers and the government officials responsible for making infrastructure investments.

"In Canada," Jones said, "the patchwork of regulations are pushing and pulling stakeholders in different directions and this creates confusion. Protocols and standards will assist in holding all stakeholders, including consumers, accountable for behavior as we all work together to achieve diversion objectives."

North America accounts for almost 60 percent of the more than 220 billion paper cups used each year around the world.

Though not a principal topic of the cup summit, Starbucks has recently lightweighted its cups for iced and frozen drinks by switching to polypropylene plastics from polyethylene terephthalate, according to Amanda Holder, the sustainable packaging supervisor for Berry Plastics. Future cold cup recycling opportunities for the reclaimed polypropylene could serve existing markets for tufted carpet scrim, clothes hangers, or lotion and cosmetic bottles.

As the summit drew to a close, attendees affirmed their confidence that Starbucks leadership in community, individual, societal and associate issues, as well as the company's ability to maintain personal relationships with customers, give it leverage to initiate a movement that will make beverage and food packaging recyclable in form and practice across the industry.

In closing, each person spoke about lessons learned and take-home knowledge. Starbucks' Packaging Development Senior Buyer Margaret Papadakis said participants must keep the project on track and up to speed internally and externally. The Starbucks Advisory Council needs to set the strategy so technical leads may in turn set project scope and milestones within their teams.

Summit participants agreed that it's time to develop a new "standard" disposable cup in the industry that takes into consideration the container's end of life. There were a variety of business backgrounds and priorities represented, but remarkably these diversities are compatible in collective reasoning.

Mary White, the senior manager for Environmental Supplier Outreach at PepsiCo Global Procurement, offered this observation: "I'm impressed by the level of passion in the collective group and the desire to focus this energy towards an industrywide solution."

Scott Seydel is board chairman of Global Green and the GreenBlue Institute. He's also a director of the Container Recycling Institute, the National Recycling Coalition, Atlanta Recycles and New York's Coalition for Resource Recycling. 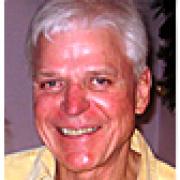 See all by Scott Seydel