Many of us associate the phrase Internet of Things with millions of wireless sensors affixed to everything from streetlight poles to automobiles to mountaintops.

A stealthy startup called Terbine is reaching even farther. It is assembling a Global Sensing Network that also will use drones and miniature satellites to collect information about greenhouse gas emissions, temperatures, ocean salinity, drop density and more. The network will include data collected both by Terbine and by various partners.

“We see ourselves as curators of data from sensors all over the world,” said founder and CEO David Knight, a serial entrepreneur with a background in applied physics.

Terbine’s mission is to create a data marketplace where these metrics are curated and consumed for commercial applications, such as oil and gas exploration or precision agriculture. 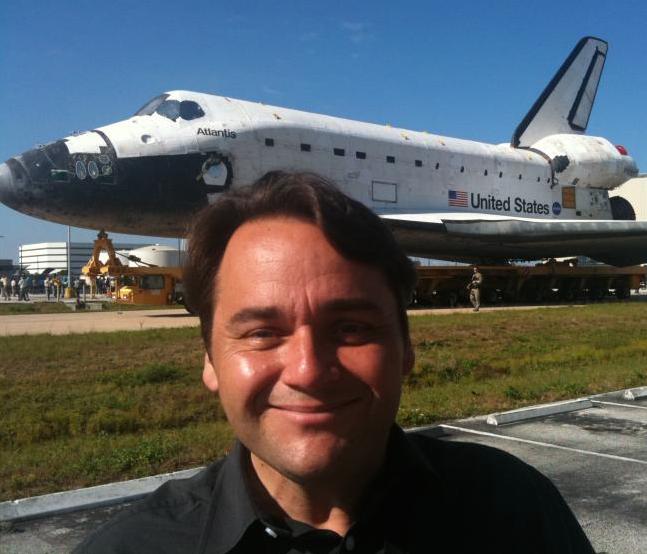 Founded in early 2014, Terbine is pretty secretive about exactly how it will pull this off. But the Las Vegas-based company just raised financing from hedge fund Incapture Group to help build out its business model and to get its own data-collection points in place, Knight said without disclosing the amount.

What exactly does that business model look like? Here’s a glimpse according to the company’s early marketing materials:

“Collectors and sellers of raw and integrated, or ‘packaged’, data can leverage the GSN to connect their own sensors and bring their data to the Terbine marketplace, to have their data integrity certified, and benefit from the aggregation of buyers already subscribed to Terbine’s feeds. The value of the marketplace grows in every direction as sellers bring new data that can be provided as is, and/or combined with other data in the market to form new data products and deliver added value.”

So far, Terbine has built a software platform that can interpret data. It is in the process of forging relationships that will help it build and test various feeds. The next phase will involve deploying its own sensors.

For one thing, Terbine is exploring the idea of placing CubeSat satellites into orbit all around the world in order to pepper the atmosphere with collection points. By placing readers on container ships, as just one example, the company will be able to read and interpret this data, Knight explained.

“All of a sudden, you have this amazing mobile sensory platform that mathematically aggregates to create these amazing pictures of what is going on all over the world,” he said. The data collection network will include sensors on satellites, cell towers, billboards, aircraft, buildings and oceangoing vessels. Courtesy of Terbine.

Big technology companies such as Cisco Systems and General Electric are establishing similar, cloud-hosted data marketplaces where companies and communities can buy information infused with context. However, Terbine’s focus is specifically on information regarding the physical world.

One of the first sectors it will target is energy, Knight said. For example, data can help inform decisions by developers seeking prime locations for solar or wind investments, or by companies in the business of natural gas and oil exploration. Satellites also could be useful for monitoring pipelines: It turns out that infrared readings can detect whether oil is flowing based on temperature changes. “We can look down and tell you how fast it's flowing, and what pressure it’s under,” Knight explained.

Circular economics and the $57B e-waste opportunity