The good news is that the bad news could be worse.

The following is adapted from State of Green Business 2018, published today by GreenBiz in partnership with Trucost.

“Two degrees and the SDGs.” That’s the new sustainable business mantra. It rhymes. You can almost dance to it.

The double-barrel impact of the Paris climate agreement and the United Nations Sustainable Development Goals, both enacted in 2015, is finally being felt as companies begin to align their sustainability goals and, ultimately, their operations with these global commitments. And even though the United States government remains on the sidelines of both efforts, the private sector — allied with states, cities and other nations — is marching forward. If not in lockstep, at least in the same general direction.

Indeed, company commitments and achievements continue, unbuffeted by the political winds. Leadership companies such as Walmart and Apple continue to raise the bar — a commitment to remove a billion tons of greenhouse gases from the atmosphere, in the case of the retail titan, and a pledge to make mobile phones entirely from recycled materials, for the iconic tech company. Newer and smaller firms are making moves, too, ramping up renewable energy purchases and taking on other green initiatives once seen as purely the domain of the world’s biggest brands.

Company commitments and achievements continue, unbuffeted by the political winds.

Perhaps most important, the inauguration of President Donald Trump and the subsequent rollback of America’s environmental regulations and international commitments galvanized companies to extend or redouble their efforts. "We Are Still In" morphed from a meme to a movement, no longer just a slogan expressing companies’ unrelenting efforts to address climate change, but now a gesture of defiance — a rare instance of the private sector coming together to take on a sitting American president. With more than 2,500 signatories — including 1,700 companies, 200 U.S. cities, nine states, 200 colleges and universities and scores of faith-based institutions — "We Are Still In" has emerged as the largest climate campaign in the United States.

That’s the good news. The more challenging part of the story remains the scale, scope and speed of change. For all the corporate defiance, the Trump administration nonetheless has made its mark on the environment — a black mark that, if not indelible, is a stain that will take years, even decades, to erase. And while the administration’s environmental agenda is purportedly pro-business, the corporate crowd seems less enthralled with ideological efforts to undo every environmental regulation and incentive program imaginable, simultaneously paving the way for fossil-fuel and other extractive companies to run amok on even the most pristine and sensitive lands. 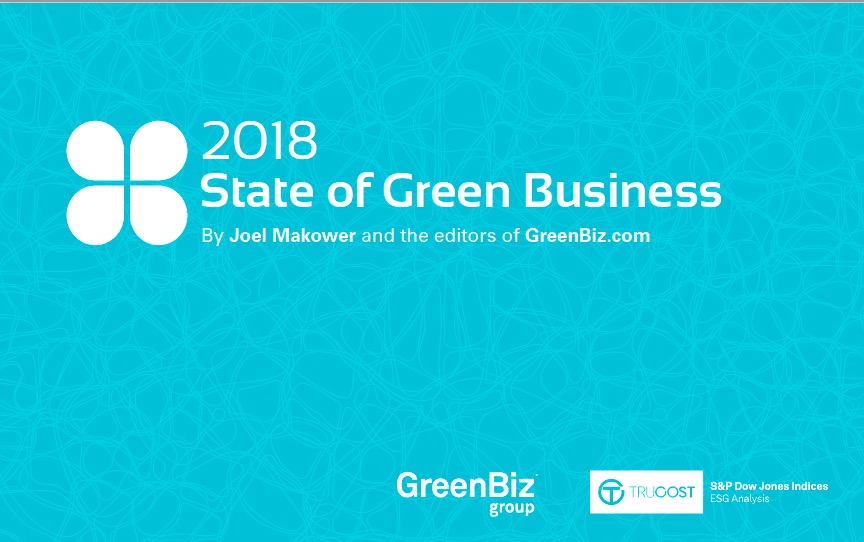 Where is the pushback? It isn’t coming from C-suites or boardrooms. Companies say they have too many other axes to grind with Congress and the president — infrastructure, immigration, the minimum wage, health care and a general sense that the state of the world is less stable now than at any time since the Cold War. With relatively little public pressure for companies to take a bold stand on climate and related concerns, environmentalism never seems to rise to the top of the corporate agenda.

Arguably, it should, and companies’ timidity someday may be seen as short-sighted, much as the failure to recognize or rein in abuses by the financial sector in the mid-2000s led to a global recession that throttled profits and productivity, and reduced shareholder value by trillions. Climate change is being seen by many — notably bankers, insurers and others whose job it is to assess and manage risk — as a threat that, if not existential, could lead to significant negative impacts to operations, supply chains, communities and the well-being of employees and customers.

There are encouraging signs of an awakening, driven in part by the financial sector, which is just beginning to turn the screws in a way that could force companies to take bigger actions to stem climate change and to address society’s ills, from hunger to poverty to gender equity.

Over the past 18 months or so, mainstream investment firms have sharpened their focus on the environmental, social and governance, or ESG, performance of publicly traded companies. In some cases, investors, lenders and ratings groups are starting to redefine "fiduciary responsibility" to include such things as a company’s ESG data or vulnerability to climate risks. 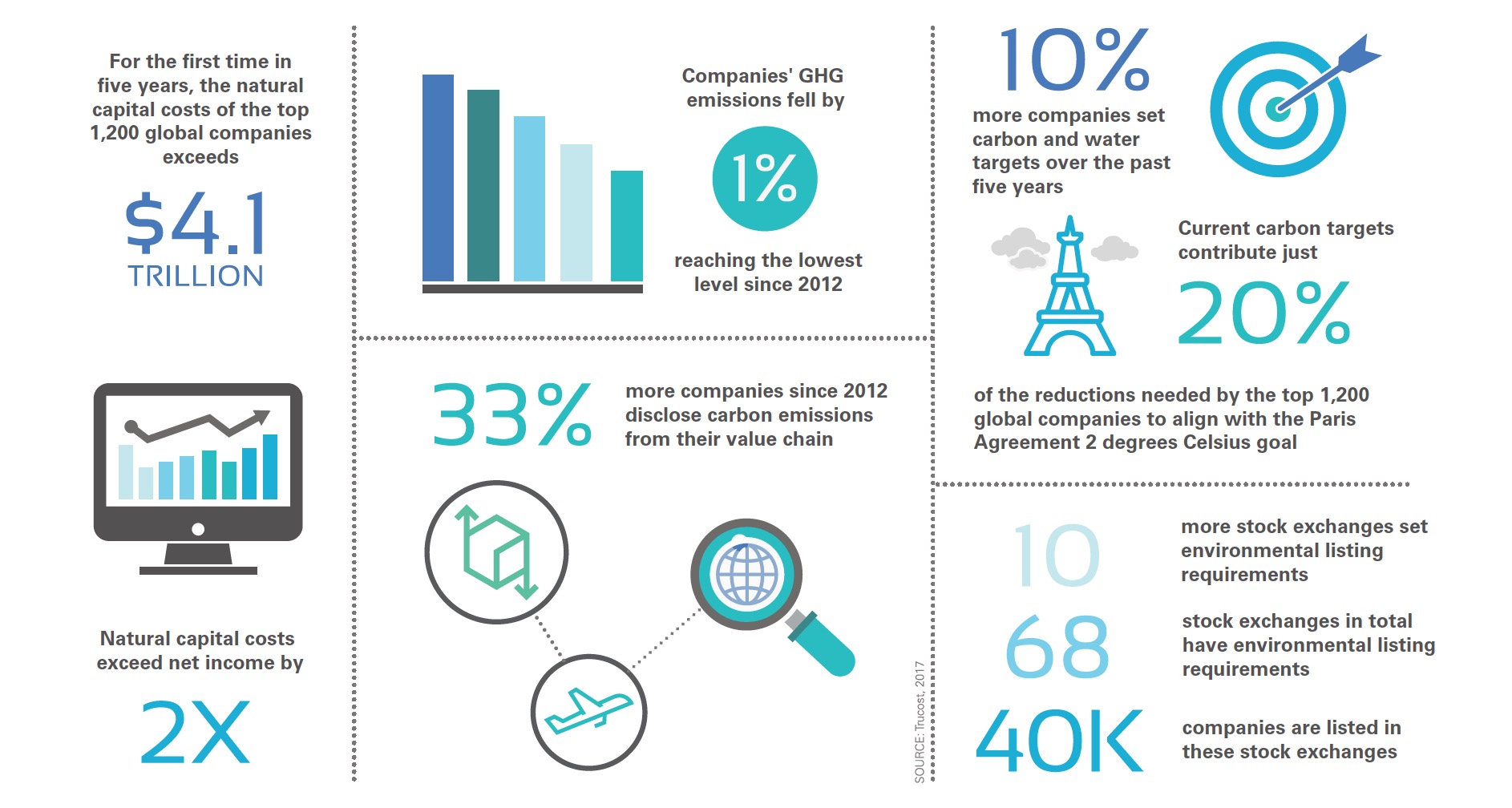 The European Union is ground zero for such thinking. There’s a budding movement in the EU to encourage markets to think longer-term, to encourage pension funds to act in the best interest of sustainability and to improve disclosure to help investors understand which investments are sustainable and which probably aren’t. Over time, the thinking goes, ESG data could help determine a company’s inclusion in leading stock indices, such as those from S&P Global or FTSE.

But the pressures are being felt in the United States, too. In a report to its clients in November, Moody’s Investors Service explained how it incorporates climate change into its credit ratings for state and local bonds. The takeaway: if cities and states don’t deal with risks from surging seas or intense storms, the cost of borrowing will rise.

Suffice to say, this could be a game-changer, in terms of putting climate risk and other environmental and social indicators on a par with traditional financial metrics and risk calculations.

The message to corporate boards is implicit, if not explicit: Take stock of your company’s climate and resource risks, as well as its social impacts.

In the meantime, the message to corporate boards is implicit, if not explicit: Take stock of your company’s climate and resource risks, as well as its social impacts, both operationally and in its supply chain, as well as the places it operates. (Witness the harm done to businesses in communities ravaged by 2017’s hurricanes.) As Wall Street and its global brethren begin to leverage the ever-growing cache of company-specific data and algorithms — such as using artificial intelligence and satellite imagery to pinpoint which company’s facilities are likely to suffer from droughts, extreme heat and sea-level rise, among other calamities — and then make investment decisions based on that data, the changing climate no longer will be seen as external to profits and productivity.

As always, myriad hopeful signs point to shifts, some seismic, in the mainstreaming of sustainable business. The growth of science-based emissions-reduction targets — initially for addressing climate change, but eventually for other environmental issues — is helping companies assess whether their commitments and achievements are sufficient to contribute to meaningful solutions. Renewable energy markets, including for efficiency and storage, are maturing, leading companies to ramp up their purchases, even in an era of stable fossil-fuel prices and shifting tax policies. Next-gen technologies, such as artificial intelligence and synthetic biology, are being deployed in the name of a more sustainable world, tackling big, seemingly intractable challenges.

All of this is happening outside the regulatory and policy arena as companies recognize that addressing the international community’s collective climate and sustainable development goals is becoming table stakes for any company seeking to be seen as a leader over the next decade or two.

Indeed, “two degrees and the SDGs” may yet become the parlance of mainstream business. And perhaps, someday, we’ll all dance to it.