It's become axiomatic in sustainability circles that "sustainability" as a goal is not terribly inspiring. It implies stasis, staying where you are, not necessarily moving forward.

Perhaps — although we could do worse than stopping environmental degradation and resource depletion in its tracks and keeping things where they are.

Still, the point is well taken. There's a need for a positive vision, goals that aim not just to stop the bad stuff, but restore what we've lost.

Enter "net positive." That's a moniker being given to buildings, products, even companies. And while it heralds a promising change in corporate visions about environmental and social issues, it could create more problems than it solves.

Let's start with buildings. Having a "green building" used to be a big deal, something worthy of a press release or mayoral ribbon cutting. Today, it's become table stakes  — a requirement for commercial property owners in some cities or real estate markets. Indeed, in some markets, it's noteworthy if a new commercial building isn't pursuing green building certification.

But green building standards don't typically represent the highest bar  — they set a hurdle that almost any reasonable developer can clear. And if all buildings were certified to the highest standard  — well, it probably wouldn't get us where we need to go.

A new generation of high-performance buildings are demonstrating they can do a lot better by attaining "net zero" use of energy, water and waste. 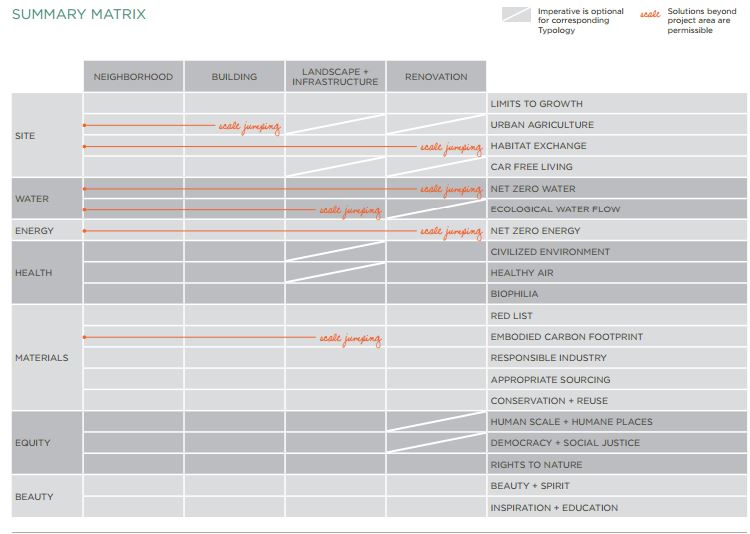 That's the goal of the Living Building Challenge, formed in 2006 with the aim of being a more stringent approach to green buildings than the U.S. Green Building Council's LEED certification program. "All of the green building programs that exist in the world are built around a notion of doing less harm, so we turned that on its head and we're trying to define what 'good' looks like, which is a very different thing," said Jason McLennan, CEO of the International Living Future Institute, which administers the Net Zero Energy Building Certification.

Net zero is just the beginning. A new generation of net-positive energy buildings are cropping up around the world — in Chicago and Seattle, but also Canada, Norway and India.

It's not just buildings. In India, both Coca-Cola and Pepsi committed to being water positive, meaning, "We were able to give back to society much more water than we used to manufacture our products by recharging and replenishing water through various initiatives in agriculture and replenishing water in communities around our manufacturing plants," as a Pepsico Indian executive put it.

Products are claiming positivity, too. Consider Polyair, a "carbon-positive" packaging material that "actively removes CO2 from the atmosphere." Or ITC, an Indian conglomerate in consumer goods, paper, packaging, agriculture and information technology. It claims to be "the only company in the world of comparable dimensions to be Carbon Positive (for 8 successive years), Water Positive (for 11 consecutive years) and Solid Waste Recycling Positive (for 6 years)," according to its chairman. You'll have to weigh into the company's latest sustainability report to decide for yourself if those claims hold up to scrutiny.

It could be that the whole "positive" thing could become a negative, if it is viewed as just the latest buzzword.

Still, something is going on here. Consider Kingfisher, the parent brand of B&Q and the largest European home improvement retail group in Europe. In 2012 it launched a Net Positive strategy. It's a declaration of the company's intention "to contribute positively to some of the big challenges facing the world while creating a more valuable and sustainable business for our stakeholders." Specifically, the company intends "to make a positive contribution in four areas: timber, energy, innovation and communities." The company states:

Our expectation is that we will put more resources back into the earth than we take out, not just do "less bad." The reason it's core to what we do at Kingfisher is because our corporate purpose and aspiration is to give people better homes and better lives. We're convinced that, going forward, a better home and a better life must be one that is sustainable in the long term. So it's about tying sustainability to our core business purpose. That's what makes us think it's a new way of doing business and not just a typical corporate social responsibility strategy. 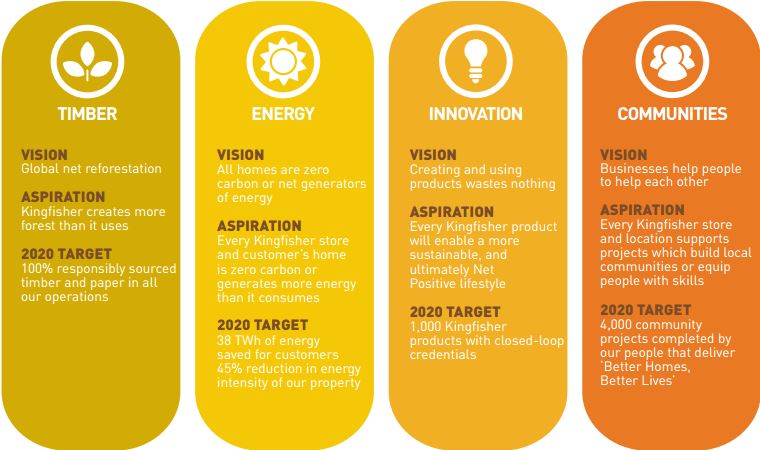 We'll let the marketplace determine whether this is "a new way of doing business," or "CSR As Usual." But Kingfisher seems to be leading a parade. In December, it joined forces with BT (formerly British Telecom), Coca-Cola Enterprises, SKF, Capgemini and The Crown Estate, along with several NGOs, "to encourage businesses to become 'Net Positive' by adopting sustainable business practices that have positive impacts on value chains, systems and society." The group plans to showcase "the many commercial, social and environmental benefits of turning Net Positive" in a communications campaign throughout 2014.

It's too early to know where this is going — and whether and when the "net positive" concept will spread beyond the U.K. and Europe to cross other continents. If it proves to be more than a trendy buzzword, it could be the beginning of an important trend: companies elevating sustainability to the highest levels of the company, aligning their sustainability and business goals to where they become one and the same — improving lives and the world through everyday business activity.

If that's the case, it would be a development that is — well, truly positive.

Can Trump trump the ESG juggernaut?

The unmasking of Corporate America