The question of how to feed 9 billion people in 2050 has become a ripe conversation in sustainability circles. As it has, the issue of food waste has found a seat at the table at many companies.

The reason: The United Nations Food and Agriculture Organization (FAO) calculated that roughly 1.3 billion tons — about a third of all food produced globally — was lost or wasted in 2009, the most recent year for which data is available.

How much is that? The World Resources Institute converted (PDF) the FAO figures into calories and calculated that if it were cut in half, the world would need about 1,400 trillion kilocalories (kcal) less food production annually. That’s roughly a fifth of the 6,500 trillion kcal per year gap between the food available today and what’s needed in 2050.

While these are estimates, it is clear that reducing the amount of food lost across the supply chain is part of the solution for addressing not only today’s food security concerns, but also the anticipated need for larger quantities of food in the future.

The causes of food loss and waste range from consumer behavior and marketing practices to distribution challenges and inadequate cold-chain storage at the farm level and beyond.

It’s also food that spoils in the fridge or that’s left on our plates. And it’s what’s left unharvested in the field and the losses that take place up the supply chain, whether a result of cosmetic standards, lack of a market or poor roads. (The latter is sometimes referred to as “food loss,” although we’ll lump it all together as food waste, recognizing this term is defined in many ways.)

The economics of food waste

There are economic and environmental benefits to be found in this bounty. Economic gains include savings for companies, including improved inventory management and reduced disposal costs, and greater income for growers.

New revenue also can be realized from innovative solutions that help either to reduce food waste in the first place or to divert “waste” into productive uses. In many countries, there are also tax deductions for donations of “wholesome unsold food,” the industry’s term of art for recovering food that otherwise would go to waste.

Environmental benefits come from reducing the amount of methane, a potent greenhouse gas, produced when food decomposes, and saving embedded inputs — water, energy and fertilizer — in food that is grown, transported, processed and distributed but never eaten, along with the greenhouse gas emissions such activities produce.

As the FAO’s Food Wastage Footprint report noted in 2013, the estimated greenhouse gas footprint of food waste is larger than that of all countries except for China and the United States.

There is a sizeable menu of proven ways to prevent and reduce food waste, many of which are outlined in a recent report (PDF) by the United Nations High Level Panel of Experts on Food Security and Nutrition.

However, taking action requires a better understanding of where and why food waste occurs.

Several studies analyze how food waste varies by region, in the food supply chain and across food groups.

For example, FAO found that in middle- and high-income countries, a significant portion of waste occurs among households — that is, at the point of consumption. In lower-income countries, it is concentrated at production and post-harvest stages.

Because “what gets measured gets managed," many companies have begun quantifying their food waste. Data released in 2014 by the industry-led Food Waste Reduction Alliance (FWRA) highlights the opportunities for food manufacturers, retailers and restaurants in the United States and underscores that the appropriate set of actions to reduce food waste depend on a company’s product mix and where one sits in the food chain.

Across the proverbial pond, supermarket members of the British Retail Consortium committed last year to publishing their food waste figures as a sector and reporting on progress.

The quantification of food waste will continue to pick up steam (expanding beyond the private sector), through the efforts of two significant multi-stakeholder initiatives: the Food Loss & Waste Protocol, which is developing a global accounting and reporting standard, and the EU FUSIONS partnership, which supports the European Commission’s ambitions of reducing food waste in the EU by at least 30 percent by 2025.

There are four key steps companies and public agencies can take to identify the most relevant solutions: assess food waste and its causes; identify the business case for reducing, donating and recycling waste; identify actions within one’s direct control; and find upstream and downstream partners for the rest.

Targeted guidance and best practices have been compiled in many reports produced in response to the mushrooming interest in food waste.

The FWRA’s toolkit (PDF), for example, highlights ConAgra Foods’ efforts to rethink what was previously thought of as waste and better use bulk semi-finished goods by partnering with a nonprofit to “rescue” meat snacks. It also calls out efforts by retailers to divert waste differently.

From Kroger and Walmart to Wegmans and Weis Markets, supermarket operators are leveraging anaerobic digestion systems, diverting material from landfill to create a valuable biogas and soil amendment, all while finding financial benefit. Startup WisErg outfits an appliance with sensors, turning grocery store food waste into fertilizer and collecting data in the process.

As with so many sustainability challenges, tackling food waste effectively requires thinking outside the box (or “bin”) as well as strong cooperation within and across the supply chain. In Minnesota, for example, a diverse group — Cargill, Seneca Foods, Pinnacle Foods Inc., General Mills, C.H. Robinson, SUPERVALU, other growers and a team of hunger-relief organizations — partnered to rescue 860,000 pounds of sweet corn.

As the World Economic Forum highlights in a recent report (PDF), public-private collaboration is also critical for supply-chain improvements.

Unilever, for example, is testing the use of CHEP’s plastic crates in India for transporting tomatoes, as this significantly reduces losses. The Indian government’s work with the private sector is also important to promote the development of this value chain.

The Continent’s industry organization, Food Drink Europe, has prioritized food waste and calls out in its toolkit Nestlé’s work upstream, partnering with the milk supply chain to provide cooling facilities to farmers in developing countries.

This not only improves food safety and quality but also has cut milk losses — saving water, energy and greenhouse gas emissions — and increases farmer income.

While there is a practical limit to how much food waste can be prevented, reduced or recovered, the opportunity is nonetheless ripe for innovative, forward-looking companies. Food waste has emerged from the dumpster and into the mainstream, harvesting a cornucopia of benefits for business and society. 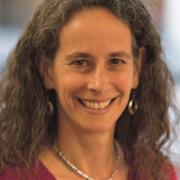 See all by Kai Robertson