The last year has ushered in a number of encouraging developments that are increasing the flow of capital toward more sustainable business models — a trend with interesting implications for corporate sustainability executives, chief financial officers and investor relations teams alike.

A fundamental shift has been the growing recognition by investors that environmental issues can be a risk to company profitability, as well as an opportunity to discover firms with better business models that outperform the market.

The double-digit growth in so-called “responsible investment” in the United States and Europe during 2014 also continued to bring mainstream investors into the fold of what was historically a niche market.

All told, more than $1 in $6 under professional asset management in the United States are now part of a responsible investment strategy, reports the Forum for Sustainable and Responsible Investment (US SIF).

This isn’t just about excluding sectors such as tobacco or firearms. Money managers and community investing institutions with combined $2.9 trillion in assets under management now explicitly incorporate environmental issues into their investment decisions.

For corporate sustainability executives, this means a lot more investors are scrutinizing their companies’ publicly disclosed environmental data, and using that data to calculate the environmental footprint of their portfolios to understand business value at risk.

Less than a decade later, 25 large institutional investors representing $500 billion in assets signed the Montreal Pledge, the U.N. Principles of Responsible Investment’s initiative, whereby investors commit to measure and disclose the carbon footprint of listed equity in their portfolios. For publicly listed companies, the pledge is important because it will ratchet up the pressure from shareholders to reduce carbon emissions.

Fossil-fuel divestment policies, which US SIF said account for $42.9 billion in assets, are a small but growing fire behind investors’ motivations. While the amount is relatively small, the movement to divest capital away from carbon-intensive companies has led to an interesting conversation: Where will capital be reinvested?

Companies with best-in-class financial and environmental performance benchmarked to their sector peers will be the first place to look.

Another example of growth in more sustainable investment is the rise of green bonds — a type of financial asset that companies can use to raise money to fund their environmental projects.

The green bond market was on course to exceed $40 billion by the end of 2014, compared to just under $11 billion one year earlier. Forecasts suggest it will hit $100 billion in 2015.

One reason for growth is the new Climate Bonds Standard, which sets out requirements for issuers, such as reporting the environmental benefits of projects they fund, to ensure that green bonds truly live up to their name.

Once the province of development banks and utilities, green bonds are moving into the mainstream corporate arena. Unilever’s $389 billion green bond, which will be invested in more efficient factories, made headlines when its finance director, Jean-Marc Huët, said it demonstrated the centrality of sustainability to the group’s business model.

Regency Centers, a $4.9 billion developer of retail shopping centers, became the first non-bank corporate borrower to issue a green bond in the United States. The company will use the $250 million it raises to build or renovate shopping malls that meet the LEED green building standards from the U.S. Green Building Council.

Myriad benefits accrue with such projects.

There is also a marketing opportunity to demonstrate the company’s commitments and achievements to the rest of the world. But PR and marketing actually may be the least of it.

The growing perception is that there is money to be made from outperforming companies providing greener products and services. And that is spurring investors to find data that will help them identify such companies.

One encouraging business response to resource constraints is innovation.

Clean-tech investments surpassed the $500 billion mark in 2014, with venture capital investment in agriculture and food technology totaling $269 million across 41 deals in the third quarter alone, according to the Cleantech Group. The total was 29 percent higher than in the previous quarter, continuing the trend of higher investment since 2013.

Large, established companies in all sectors need to watch out for startups with new technologies and business models that address sustainability challenges.

To stay on top, established companies will need to acquire or adopt these innovations themselves. In so doing, they will bring more sustainable business opportunities to the mainstream.

The increasing flow of green finance shows there will be three types of winners in tomorrow’s economy: companies that use resources more efficiently, those that make products or services to help their customers become more resource efficient, and investors that provide the capital to make it all happen. 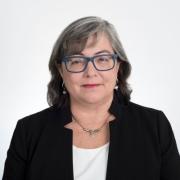 Can sustainable companies get a lower cost of capital?

Rethinking carbon for the new economy

ESG moves from the margins to the mainstream

See all by Libby Bernick