The concept of “stranded assets” isn’t particularly novel in financial circles. But the idea is gaining currency in the context of sustainablity, thanks to potential multitrillion-dollar implications for energy companies and their investors.

At issue is a simple but profound question: What happens to all the money that’s been sunk into unsustainable business prospects?

Take coal and oil as exhibits A and B. Fossil-fuel companies have for decades vied for mining, drilling and, more recently, fracking rights to access coal and oil reserves — an arrangement that, in a future including new carbon taxes or regulations, could make it economically unviable to extract those assets. Oil and coal would be stranded both physically in the ground and financially on company balance sheets.

By one calculation, 60 percent to 80 percent of coal, oil and gas reserves for the world’s publicly listed companies are “unburnable” if the planet has a shot at staying below the 2 degrees Celsius global temperature increase that experts believe is a tolerable threshold for the global economy. That includes 90 percent of U.S. and Australian coal and almost all Canadian tar sands.

Although fossil fuel companies such as ExxonMobil have taken heat from shareholders for being slow to disclose the potential impacts of such scenarios, one former JP Morgan director estimated in a 2012 Rolling Stone article on “Global Warming’s Terrifying New Math” that giving up 80 percent of fossil fuel reserves would mean writing off $20 trillion in assets. In other words, real money. 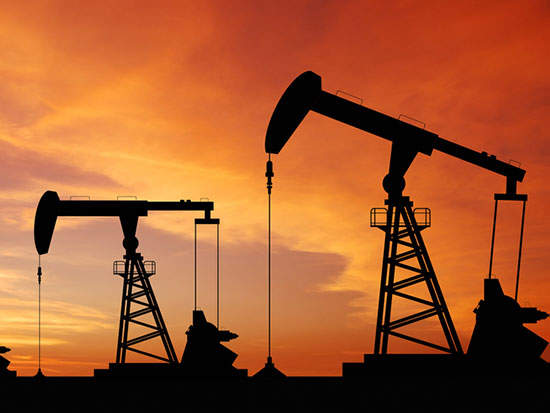 Shutterstock
Increasingly, the question for some of the biggest energy companies in the world is when, not if, they’ll have to come to grips with the uncertainty surrounding stranded assets — which, by definition, are assets that must be recorded as a loss after under-performing, or which become obsolete before the end of their expected value cycle.

Instead, the questions at hand become when the financial storm might hit, who will be impacted, how severe the losses could be and where the potential upsides are.

It’s not just carbon taxes that could make the prospect of stranded assets a lot more tangible for non-renewable, resource-intensive industries.

And what if accounting for stranded assets catches on outside of the energy sector? Trees purchased by pulp and paper companies, or water relied on in the agricultural supply chain, for example, could become untenable investments due to ecological concerns, undercutting the balance sheets of multibillion-dollar industries.

In all of these sectors, financial disincentives for investment in unsustainable assets have become an increasingly tangible argument for environmentalists and economists alike. It’s a topic that dovetails with discussions about building for a climate-resilient economy, which manifests in everything from planning for smart cities to investing in natural infrastructure to businesses transitioning to renewable energy technologies.

Al Gore attempted to paint the big picture on the issue of stranded assets in a mid-2013 Wall Street Journal op-ed with business partner David Blood on “The coming carbon assets bubble.”

Comparing businesses that turn a blind eye to carbon risk to companies complicit in the sub-prime mortgage scandal that belied the global financial crisis, Gore and Blood call investment strategies that ignore the potential risk associated with stranded assets “unwise and increasingly reckless.”

One big problem: No one has figured out how to account for the possibility of large-scale stranded assets.

Part of the reluctance to hammer out detailed forecasts probably lies in denial; fossil fuel companies in particular have billions of dollars to spend on lobbying efforts designed to beat back aggressive carbon pricing schemes.

But Gore & Co. argue that approach, too, is only a short-term distraction compared to market forces such as improving clean energy technology and shifting public sentiment that undercuts fossil fuel companies’ “license to operate.”

As stranded assets become part of the investment lexicon, the next step becomes outlining what sorts of actions might be taken to mitigate financial fallout — a rapidly evolving field that leaves much to be desired: “These risks are poorly understood and are regularly mispriced,” notes a report on the topic (PDF) by academics and financial analysts with the Smith School of Enterprise and the Environment at the University of Oxford.

One major issue with understanding how stranded assets stand to impact businesses in different niches of the energy sector is a nagging lack of data on how scenarios for coal, oil, water, pulp or other natural resources may play out over the next few years.

A separate paper (PDF) published in 2014 by Oxford’s specialized Stranded Assets Programme — a program, it’s worth noting for those doubting the staying power of stranded assets, that has been around since 2012 — recommends that companies focus on carbon-related asset projections 5-15 years out. Quantitative data and commodity-specific forecasts also will be increasingly important to fully understanding the potential implications of this phenomenon.

When considering how ill-equipped companies appear to confront the reality of stranded assets, it’s also worth underscoring that it’s not only energy conglomerates such as BP, Shell, Exxon and Peabody that have a financial interest in the market value of minerals such as shale, coal and other non-renewable energy sources.

American universities and public pension funds, for instance, have on average committed 2 percent to 5 percent of their assets to fossil fuel-related public equities, according to the Oxford report. All told, fossil fuel-dependent assets make up an average of 10 percent to 30 percent of most major exchanges, throwing even more investors into the mix.

The theoretical exposure of those and other shareholders to financial losses from stranded assets is one possibility to evaluate. But another increasingly important dynamic is how institutional divestment campaigns might exacerbate financial uncertainty.

The Oxford report compares fossil-fuel divestment campaigns to precedents in other industries where profits have suffered due to a combination of bad PR and short-sighted investment, like the tobacco industry.

With pension funds and universities alone, which have a combined $12 trillion in assets under management, Oxford pegs the possible upper range for divestment in oil and gas companies at $240 billion to $600 billion. Keeping in mind that the market cap for Exxon is in the neighborhood of $395 billion, that’s no rounding error for fossil-fuel companies.

While the uncertainty around stranded assets is enough to cause more than a headache for those with a vested interest in fossil fuels, there is a potential silver lining. It’s a thread that underlies many discussions about a future economy marked by climate volatility: With financial risk comes potential financial reward for those who manage to get ahead of the curve and establish new revenue streams.

Groups such as the analysts at the Carbon Tracker Initiative are already preaching “unburnable carbon” strategies, including directing fossil fuels toward uses that don’t involve combustion, such as petrochemical feedstocks.

The concept gained currency late last year, when the Bank of England announced an unprecedented move among central banks and financial regulators to open an inquiry into the potential cost of stranded assets.

That’s a niche example, but companies facing a future in which stranded assets affect balance sheets would be well served to start viewing the issue through the steely-cold eyes of their shareholders.

Climate change and the rise of the 'advocacy investor'