The state of the sustainability profession, 2016

Who's getting paid, how the C-Suite is responding and where the future is for jobs in sustainable business.

We recently launched our fourth State of the Profession report, which we’ll be discussing during a webcast today with sustainability recruiter Ellen Weinreb.

We cover a lot of topics in the report ranging from the impact of CEO involvement, where the sustainability organization reports in a company, where budgets are increasing and — these are the pages everyone turns to first — what compensation looks like for a sustainability professional. (Register for the webcast and download the full report here.)

What we don’t cover, however, is why we conduct the research.

When we started this in 2010, our goal was simple. We hadn’t seen any detailed salary or budgetary information for those working in the nascent corporate sustainability profession. We wanted to start tracking these metrics over time and identify trends with a high degree of certainty.

For example, 45 percent of firms with revenues greater than $1 billion had no specific budget for their sustainability efforts in 2010. By 2015, that number has shrunk to 28 percent.

When it comes to compensation, the story is a little different. Salaries haven’t changed much for managers and directors since 2010, but there are certainly more of them as team size has increased and 46 percent of survey respondents told us headcount increased over the past two years. 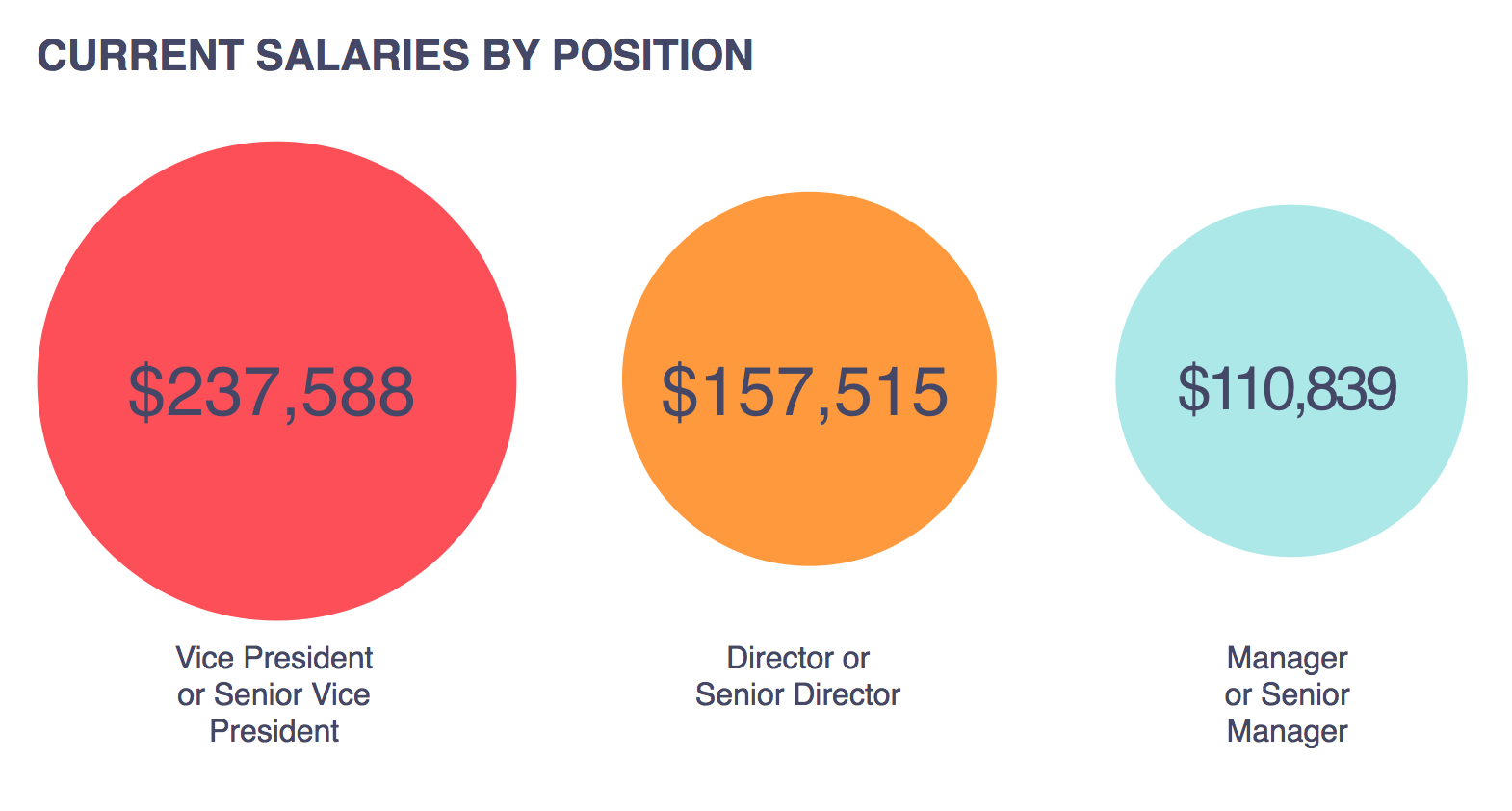 The profession has been especially good for vice presidents. They have seen a 23 percent increase in salary, and 70 percent of them report receiving additional compensation such as stock options.

Another positive sign for vice presidents is that they are reporting higher up in the organization with 43 percent of them reporting to the C-suite or board of directors, a big jump from 2012 and 2014 when that number was 33 percent and 34 percent, respectively.

All of these metrics should paint a rosy picture of the profession.

And yet, the actual state of the profession seems to be best characterized by the opening sentence of Dickens’ "A Tale of Two Cities." Everyone knows the first 12 words in that sentence: "It was the best of times, it was the worst of times. …"

Few remember the end of the sentence, where "the noisiest authorities" insist the times should be viewed only superlatively, e.g., the best of times.

Certainly with budgets and team sizes increasing, albeit modestly, there’s an argument for this being the best of times. But the Dickens’ quote comes to mind as I reflect on the conversations I’ve had during the past year — let’s call it the qualitative state of the profession versus the quantitative one reflected in the report.

Over the course of the past year I’ve had more than a dozen phone calls with sustainability professionals whose departments either were being severely scaled back or eliminated. In some cases, it was associated with the hiring of a new CEO or the result of an organizational restructuring. These firms still will report to the CDP and publish glossy reports, but they won’t be driving a corporate strategy informed by sustainability. 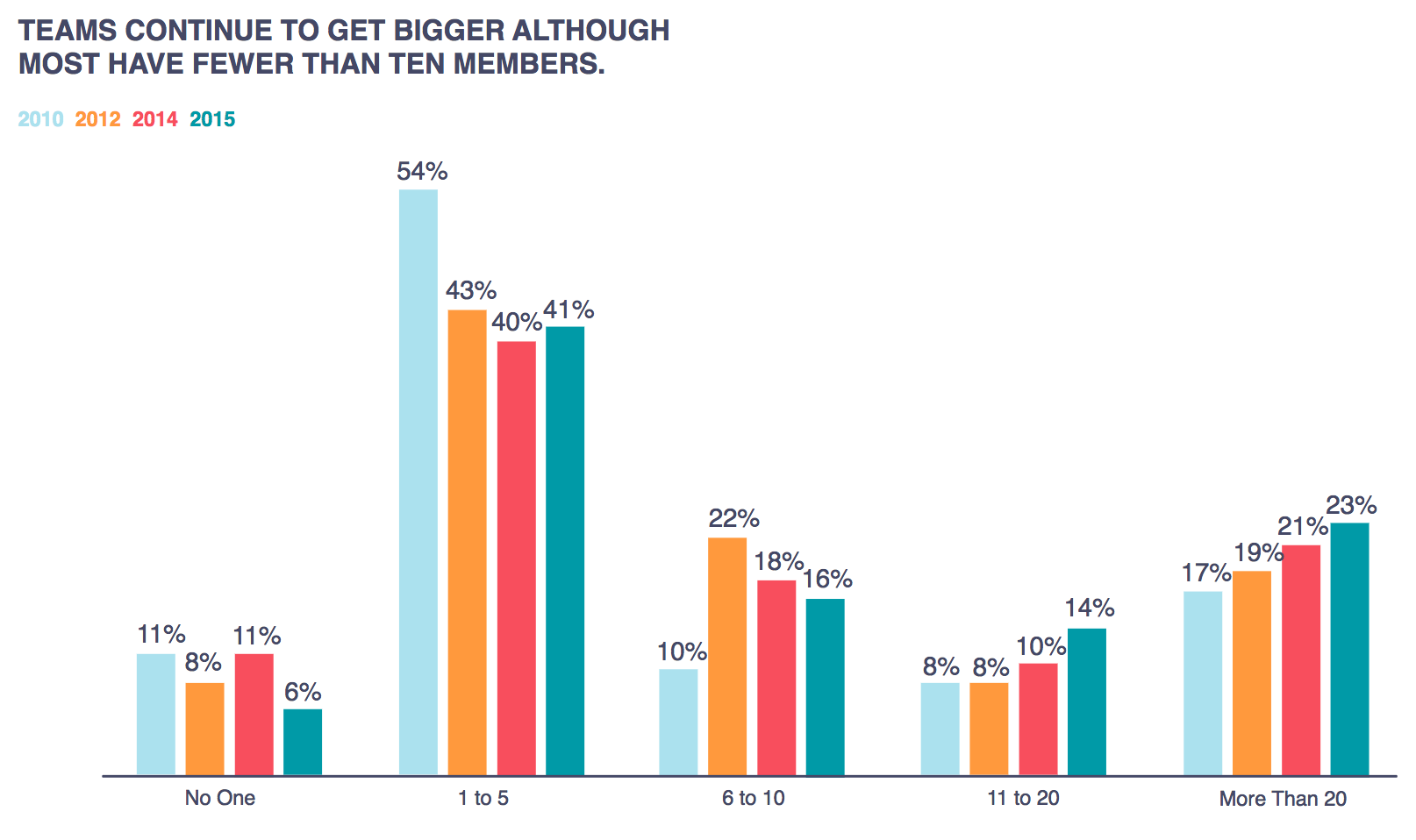 Many sustainability champions at these firms can’t be faulted for the roadblocks they encountered along the way. They worked hard to establish green teams and encourage other departments to think differently.

Their failure, if it can be called that (and I am certainly not assigning blame), is their inability to change corporate policies.

This stands out in our report as we evaluated the number of companies that include sustainability metrics in an individual’s performance evaluation. In 2011, only 30 percent of companies included these metrics and in 2015 that number dropped to 28 percent.

The same is true for bonuses that are based upon either individual or corporate achievement of sustainability goals. In 2011 only 20 percent of organizations applied this metric and it has risen only slightly to 21 percent in 2015.

The results of our survey are anonymous so we can’t identify the companies rewarding their employees for achieving sustainability goals, but it shouldn’t be difficult to guess at least some of their names.

Our research isn’t conducted to move the profession forward, but over time we hope it chronicles forward movement. We have begun asking where organizations are embedding sustainability resources in functions across the business.

The important task for sustainability professionals is to find what we’ll call the department of least resistance. Work with them to understand their operation and help them strategize how to establish environmental and socially responsible policies that become embedded in the workflow.

What would happen if you and your team were eliminated tomorrow?

It’s not easy, but there are networks that provide case studies and templates whether for procuring renewable energy or changing your supply chain sourcing strategy.

I have often railed against the sentiment that the job of a sustainability professional is to work him or herself out of a job. I believe most companies still need that senior leader paying attention to how the goal posts move and what challenges and opportunities are around the corner.

Perhaps the better exercise is to ask yourself what would happen if you and your team were eliminated tomorrow: What would your legacy be? Could your organization still experience the best of times?

Looking for a job in sustainability?

Visit the GreenBiz Sustainability Jobs site to find your next opportunity or to source the best talent in the exploding field of sustainability and climate tech.