The state of Tennessee's circular economy

A recent survey by the Tennessee Department of Environment and Conservation’s Office of Policy and Sustainable Practices of over 300 industries in Tennessee reveals a truly missed opportunity. That opportunity is more than likely being missed across the entire United States.

The Tennessee survey revealed that 41 percent of industries surveyed have their materials recycled outside of the state. Forty-six percent would like assistance finding recycling options for their materials, and 63 percent would be willing to collaborate to create a network of industries to pursue solutions in the recycling and reuse or repurposing of their discarded material.

While networking platforms exist, such as the recently launched Tennessee Materials Marketplace and the Tennessee Recycling Coalition, the opportunity that is still being missed is this: Over 8,000 Tennesseans go to work every day to create products out of paper, plastics, cardboard and glass. The recovery rate of those materials is still far outstripped by the domestic demand for them.

The circular economy is not new and innovative, but has been with us for some time. The staple products of paper, plastic, cardboard and glass have been the real drivers in the recycling economy. There exists the opportunity to maximize the recycling of those staple materials, infuse the economy, employ people, expand the tax base and help the environment all at once.

There exists the opportunity to maximize the recycling of those staple materials, infuse the economy, employ people, expand the tax base and help the environment all at once.

Currently, the China recyclables market represents over 25 percent of U.S. recycled paper exports and anywhere from 20 to 33 percent of recycled plastics, depending on the type of plastic.  That represents a nearly $6 billion export market for the recycling sector that historically operates on razor-thin margins. The recent China ban on 24 recycled commodities has been lifted somewhat by the Chinese government, easing the accepted percentage of contamination. However, the requirements in place even now by China are causing a worldwide disruption in the overall commodities market.

What if companies in Tennessee and throughout the Southeast easily could absorb those materials?

The Southeast Recycling Development Council, along with state agencies such as the Tennessee Department of Environment and Conservation, have been mapping the industrial and economic landscape of the Southeast for the last several years, revealing companies that are often lacking material input from the local recycling infrastructure. Most of those companies use common post-consumer material that the average person isn’t aware of.

Cullet glass from recycled bottles is an excellent example of a material that the average person doesn’t consider valuable. Recently, the Tennessee Department of Environment and Conservation’s Office of Policy and Sustainable Practices began working with Tennessee’s Economic and Community Development research group to connect recycling vendors with the tile industry. Tennessee’s unique geology makes the state a natural home for high-end tile manufacturing due to certain clay formations. Florim USA, Ficosa and Stonepeak Ceramic are all major tile manufacturers that have become quite interested in the use of post-consumer glass. In the region, Owens Corning and Knauf Insulation use glass to produce wool insulation. Knauf, for instance, uses over 10 rail cars full of glass cullet derived from post-consumer glass each day and would use more if it were available.

Other examples in the Southeast include Gerdau Ameristeel, Pratt Industries, Nucor Steel and Kimberly Clark. Each of these companies, with a significant footprint in Tennessee and the Southeast, could collaborate to provide, in essence, a post-consumer recycling market independent from foreign markets such as China and India. This missed opportunity could be captured with improved collaboration between state environmental agencies, economic development and industries.

In Tennessee and many other states, there are stewardship programs, industrial associations and other programs to recognize and reward as well as network industries on the front line of sustainability. The Tennessee Green Star Partnership, for instance, is a great vehicle to pursue avenues of collaboration. With 46 members and growing, this network of sustainability leaders can influence policymakers as well as work with economic development and recruitment to grow the recycling infrastructure of Tennessee.

In Tennessee ... there are stewardship programs, industrial associations and other programs to recognize and reward as well as network industries on the front line of sustainability.

The Tennessee Department of Economic and Community Development can lay hands on such projects as the much-publicized Haywood Co. Megasite, an area slated for industrial development, which just received additional funding to make it more "shovel-ready," to locate industries that immediately can use each other’s waste streams. This idea is gaining ground in Europe and Asia.

The circular economy is already with us.The challenge is making connections and engaging in non-traditional partnerships. These relationships will only be built through purpose-driven initiative and a passion for not wasting an opportunity. 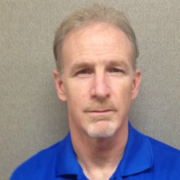 See all by Vaughn Cassidy