Want a cap-and-trade system or straight-up emissions caps? Here's why businesses should push clean power with states despite the latest setback.

Businesses are sitting down with environmental groups and state officials in Virginia, Colorado, Delaware, Pennsylvania, Massachusetts, Arizona, Connecticut, Iowa and elsewhere to figure out the best way for their state to comply with the Clean Power Plan.

Yes, the Supreme Court has put a hold on enforcement of the CPP — the Obama administration's directive that power plants reduce carbon emissions by 32 percent from 2005 levels in 15 years — until pending court challenges are litigated.

But many states are proceeding with planning anyway, convening stakeholders to talk about what they think the compliance should look like.

“The rule’s in effect, the rule hasn’t gone away. We, at least currently, see a path to submitting (a state plan) on Sept. 6. … It’s clear that renewables are the future. What the Clean Power Plan is calling for is really good business,” said John Quigley, secretary of Pennsylvania’s Department of Environmental Protection, in a statement after the ruling. Eighteen states issued public statements in support of the Clean Power Plan the day after the Supreme Court's stay.

Based on publicly available documents, stakeholder groups in many states have continued holding and scheduling meetings to draft their plans. Utilities and businesses are invited to take part and there are reasons to do so.

First, even without the CPP, renewable energy installations are beginning to eclipse those of fossil fuels.

For the first time, more solar -- 7.5 gigawatts -- was installed in 2015 than natural gas, according to the Solar Energy Industries Association.  About half of that was by utilities, the association said. Meanwhile, wind is becoming the dominant power source in Texas and some other windy places. On one day last week, wind power provided 45 percent of the energy load needed by Texans. 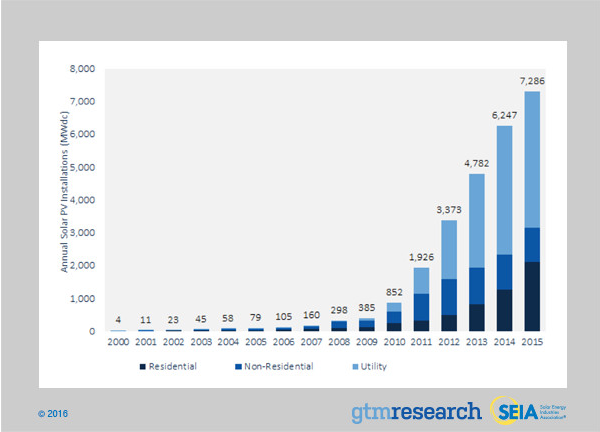 In other words, renewables are taking off. It's an opportunity for businesses to help shape policies that assure their state benefits from the renewables gold rush.

Second, the Clean Power Plan is structured such that states are to come up with their own plans on how to comply. The US Environmental Protection Agency set individual state targets as well as emissions reduction performance rates for coal-fired steam plants and for natural gas plants. But it is up to states to decide: Either require each plant to meet those performance emissions rates or adopt some statewide goal that allows some flexibility to individual utilities. If they opt for a statewide target with emissions leeway given to individual utilities, they are typically thinking a cap and trade system.

The states are to decide what methods to use to lower emissions. The EPA explicitly mentions options of energy efficiency strategies, installing new renewable energy generation projects or market-based incentives to lower emissions through cap and trade systems. However, comments in states' filings suggest that energy efficiency alone would not meet most state goals.

The CPP rules, therefore "will vary from state to state. I would encourage companies that are interested to get involved at the state level," said Anne Kelly, senior program director for policy at Ceres and director of Business for Innovative Climate & Energy Policy.

"There is plenty of room for major employers and companies to help states write their implementation plans. It is much better that businesses get involved,"she said. And it is better for states to devise their own plans, she said, rather than be handed a more generic compliance plan from the federal government, when (and if) the courts determine the law can be enforced.

The EPA’s fact sheet for states notably encourages cap and trade as a method, saying "one cost-effective way that states can meet their goals is emissions trading."

But there may be pros and cons for individual states.

For instance, in public comment documents for the nine Northeastern states involved in the Regional Greenhouse Gas Initiative, utility owner Dynegy submitted comments indicating it would be good for new states to join the regional RGGI cap and trade program as a way to meet their CPP target. Meanwhile NRG, which owns utilities in many of the RGGI states,  commented that there are advantages to states each drafting their own plan.

There is plenty of room for major employers and companies to help states write their implementation plans.

"State measures plans are advantageous for two fundamental reasons," said NRG. "First, they allow states flexibility to adapt plans specific to their current generation mix and resource options to offer the lowest cost and most efficient means to achieve the same goal."

"Second," it continued in the filing for the RGGI hearing on stakeholder input on the nine states' compliance plan, "they allow state enforceability on generators and other resources as a matter of state law while providing 'backstop' measures to assure compliance if needed."

Meanwhile Dynegy submitted these comments: "We believe that the mass-based approach to implementation is likely the most direct and cost effective path to CPP compliance. Further, emissions trading under a mass-based approach will likely result in a broader, more liquid, more transparent and therefore more efficient carbon market. An efficient carbon market is in the best interest of both consumers and generators."

A third reason to get involved in stakeholder planning at the state level is because the Clean Power Plan rules reward states with credits towards their goals if they invest in renewable energy or energy efficiency projects in low income communities. But those credits are part of a nationwide pool and could run out if states delay.

Records on stakeholder hearings in Iowa, Minnesota, Connecticut, South Carolina and several other states suggest that a big decision facing each state is whether to adopt an emissions rate-based limit or an emissions mass-based limit.  Mass-based systems, or measuring, say, a ton of carbon emissions, are what cap and trade systems use.  But there seems to be a debate as to which is easier to measure.

That question is confusing enough that the Supreme Court stay comes as a welcome relief. Some states, such as South Carolina, are pausing their work on a state plan.

"Due to the large number of issues and complexity involved with the final rule and the proposed rules related to the CPP, the Department would like the opportunity to make a well informed and adequate plan for addressing CO2 emission reductions through deliberate analysis," the state said in a filing listed on its Department of Health and Environmental Control web site.

The states forging ahead tend to match those that are in support of the Clean Power Plan.  While 27 states filed a suit challenging the EPA's authority to issue the Clean Power Plan, 18 others filed briefs in favor of the Plan. Five other states stayed out of the brawl and filed nothing.

Shortly after the Supreme Court stay was issued Feb. 9, those 18 states issued a statement about moving ahead with their own clean power planning.

There are tough decisions on their plate, as evidenced by minutes from the Feb 12 meeting, "Although the group did not reach consensus of any specific recommendations, the following general areas of agreement were put forth as important factors in any plan regardless of what compliance option is chosen," the document said.

It listed: "Regulatory certainty; a well-functioning market (transparency/liquidity/efficiency); minimize impacts or costs to consumers; encourage diverse power sources; avoid impeding economic development; consider a low-carbon future; use all available tools to get to low cost; level the playing field among like units; use performance to assess technologies, and avoid creating market distortions."