Amid widespread agreement that the Toxic Substances Control Act of 1976 is outdated, new efforts are emerging in Congress to revise it. The new Chemical Safety Improvement Act, introduced by the late Democratic Sen. Frank Lautenberg and Republican Sen. David Vitter, is an unusual bi-partisan effort. If an effective federal system is established, states will not feel compelled to regulate. However, weak federal power, as the outdated TSCA bill shows, encourages states to step in.

Across the country, states implemented policies and programs to advance sound chemical management. Beginning in the early 1990s, many states began to supplement existing end-of-pipe regulation towards a prevention-based approach to reduce pollution at its source.

The results have been impressive. According to the National Pollution Prevention Roundtable’s (NPPR) most recent pollution prevention report, almost $6.6 billion in economic benefits and more than 7 billion pounds of pollution were reduced or eliminated from 2007 to 2009.

Chemicals policy has emerged as a priority at the state level the past two decades. An April report by the NPPR, funded by the Seattle-based Bullitt Foundation, reveals accelerated state legislative actions to reduce toxic chemical threats. From individual states’ actions on restricting single chemicals in consumer products to more comprehensive approaches, businesses are recognizing emerging market pressure.

According to the NPPR report, states have passed more than 77 individual chemical restriction bills in recent years, including 31 bills related specifically to mercury. The new report, “State Chemicals Policy: Trends and Profiles,” reveals that almost all 50 states either have proposed or enacted such legislation. According to Safer States, a network of environmental health coalitions and organizations, toxics bills have passed with broad bipartisan support and have continued legislative interest. More than 20 states have bills under consideration in 2013.

As chemicals policies are changing and varied from state to state, companies need to evaluate the downstream use of chemicals throughout their supply chain. The market landscape continues to shift beyond restricted substances lists and towards a demand for a life-cycle approach to identify safer alternatives, and design new chemistries -- a shift also reflected in state-level legislation.

States have a demonstrated history of stepping up to fill federal gaps, introducing and passing laws to help mitigate the threats and costs to public health and supporting consumer demand that manufacturers produce safer products with transparent disclosure. At the same time, businesses remain concerned that conflicting state regulatory actions will become increasingly challenging. If a federal policy passes with an effective framework, much of this regulation will be standardized. Continued gaps and holes leave consumers and constituents to rely upon the states to step up.

The Business-NGO Working Group, a collaboration among business and NGO leaders, has outlined principles for safer chemicals, including support for public polices and industry standards. In addition, they recently updated the business case for reform of TSCA.

The American Chemistry Council (ACC) recently announced it is implementing enhancements to the Responsible Care program. The Product Safety Code includes a set of 11 management practices, including a reference to product design and improvement. The ACC plans to fully implement the code by 2017.

Businesses should be aware of these themes emerging at the state level. These are some key policy initiatives:

If efforts to update the 37-year-old TSCA don’t fully address these concerns, many states are likely to continue to pass chemicals management legislation and regulations. Many states consider these efforts necessary to manage chemicals of concern and protect their citizens and the environment. States will continue to provide constructive and practical input towards creating a new national chemicals management system.

Lessons learned from states’ experiences will lend a strong voice to the debate on strengthening our federal chemical regulations, and heeding these lessons will lead to an effective path forward. 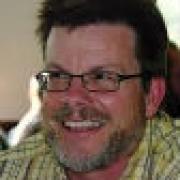 How the Northwest is working to mainstream green chemistry

How the Northwest is working to mainstream green chemistry

See all by Ken Zarker