Statoil opens a window, but will other oil companies follow?

This article was originally published in the BSR Insights blog.

Norwegian multinational Statoil recently became the first major oil and gas company to report, in detail, on the $17 billion in payments it has made to 18 governments.

Although companies such as Kosmos Energy, Talisman and Tullow Oil have taken a leadership position on this kind of transparency, larger players in the sector have remained skeptical. But with this move, Statoil has raised the stakes in a global debate about transparency in the extractives industry that has been gathering momentum since the formation of the Extractives Industries Transparency Initiative (EITI) in 2002.

Transparency activists view Statoil’s decision as a sign that they have won this debate in the extractives sphere. While the risks of disclosure should not be underestimated, it’s becoming harder for the industry to resist the movement — and there are strong grounds for the sector to embrace transparency while there is still time to take a leadership position.

Statoil’s disclosure came in response to a Norwegian law that will be mirrored across Europe as the 2013 EU Accounting and Transparency Directives are implemented in various nations. The U.K. was the first to adopt the law at a national level, and the first set of British disclosures is expected to come in 2016. Although a similar U.S. provision exists in Section 1504 of the Dodd-Frank Act, enforcement remains stalled due to a legal challenge from the oil lobby American Petroleum Institute.

To casual observers, corporate hesitancy to report government payments may seem retrogressive, even unnecessary. But some of the industry’s concerns about rising disclosure are understandable. Industry associations have taken issue with disclosure requirements at the project, not the country level, and the requirements of operators versus secondary investors. Because joint ventures prevail in the sector, observers are likely to think that payments reported by one party were made by other partners on the project as well.

While it may seem like the industry is niggling over small details, these challenges reflect the complexity of disclosure on this scale. Companies are also concerned that increased transparency will complicate contracts, allowing governments to compare the revenues they receive and demand better terms. However, countries already informally share this kind of information, and it is not clear that the risk of expropriation is heightened by increased transparency.

The benefits of being first

With EU and U.S. laws on extractives aligning — and early adopters suffering little of the anticipated criticism — there seems to be little benefit in stalling. By disclosing, companies also can differentiate themselves from rivals that rely on opacity and corruption for success. In this way, Statoil’s decision looks like an opportunity to elevate industry standards, rather than see them sink to the lowest common denominator.

It is worth remembering that this legislation is intended to help resource-rich countries turn the “oil curse” into a blessing.

Unfortunately, many governments have been slow to assume their share of the responsibility. Without equivalent disclosures by governments as to where these payments end up, the loop can’t be closed, missing funds can’t be located and elites can’t be held to account. Oil companies legitimately might highlight these gaps in accountability, and also might point to the fact that developed nations, including the U.S. and U.K., are still only EITI candidate countries.

However, there is little hope of resolving the wider issues of development and inclusivity unless oil companies take a leadership position and work with competitors and governments to do so.

Restoring the reputation of extractives

For the past several years, the energy industry has faced a reputational crisis related to the equally inflammatory issue of the industry’s role in climate change. Much of the public views the industry as monolithic and untrustworthy, and energy companies have responded to this criticism with insularity, withdrawal and safety in numbers.

However, energy companies also have been pioneers in areas such as social impact, ethics and human rights. Their reluctance to share this experience indicates concern that explaining the nuances of the industry’s challenges only will breed further confusion and more attacks. This is a problem because the issues in question could not be more important for the future of the planet.

While the push for more transparency has irreversible, positive momentum, it is unsurprising that energy companies regard it as all-encompassing and threatening. Each concession makes the next more inevitable.

In choosing to differentiate itself, Statoil has raised the stakes for the whole industry. While this might be seen as a threat, it is a much bigger opportunity for energy companies to create positive momentum and tackle their reputational challenges in the process. 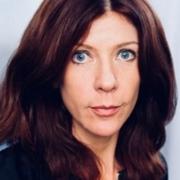