High utility fees are a major hurdle to electric vehicles and the commercial charging stations that serve them.

Despite the success of General Motors’ all-electric Chevy Bolt and widespread anticipation of Tesla’s forthcoming Model 3 electric sedan, public electric-vehicle (EV) charging stations that can recharge a car battery in 15 minutes or less are hard to come by.

Demand charges are special fees that utilities charge commercial customers, on top of the rates they charge for actual power usage, that correspond to the highest level of electricity the customer uses during a 15-minute period within each billing month. Demand charges vary, according to the time of day, and are highest during times of peak power demand, usually weekdays from late afternoon until late evening.

These fees are responsible for as much as 90 percent of a public charging station’s monthly utility bill, according to the Rocky Mountain Institute (RMI).

Demand charges are responsible for as much as 90 percent of a public charging station’s monthly utility bill.

The operation of EV service stations that offer fast charging is at odds with electricity rate structures that were designed to keep the flow of electrons on the grid steady, and were not designed to cater to businesses that regularly use spurts of electricity. As a result, conventional utility rate structures often create a barrier to the operation of these service stations, said Chris Nelder, a manager with RMI’s electricity practice.

"Good rate design has to do with performance-based regulation," he said. "If you want good outcomes, then it really starts with rates."

Utility rates and tariffs don’t simply determine what electric vehicle drivers pay to fill up the tank, but they determine charging station operators’ profits or losses. Profitable charging stations, with reasonable utility costs, can expand and drive a greater buildout of vehicle charging infrastructure. But charging stations that lose money, or have costs that fluctuate wildly, are less likely to stay in business.

The demand charge issue is more prevalent at fast-charging stations that are "high power, low utilization," or that don’t have high volumes of vehicles charging frequently.

For charging stations that are starting out and not yet getting a lot of regular business, utility demand fees can be a real hardship.

"This was really an unintended consequence of a conventional rate design meeting a spiky load, because utilization rates on the chargers are low," Nelder said.

This was an unintended consequence of a conventional rate design meeting a spiky load.

The charging-station owner may eat the entire cost of utility demand charges, without passing the extra costs on to customers. Or in other cases, drivers may end up footing a portion of the fee.

Charging-station operator EVgo, for example, charges customers set fees for charging their car batteries, rather than tying the price to the actual cost, which can fluctuate. But this doesn’t always work.

In a 2017 study (PDF) of charging-station economics that RMI produced with EVgo, they found that one EVgo charger generated a monthly utility bill of $1,938, of which $1,362 were demand charges.

The report concludes that utilities should design rates for charging stations that do not include demand charges, or at least have limited demand charges that are specific to the utility’s costs of providing power to the station. Low fixed charges and time-of-use charges would ensure that the utility could recover all its costs of serving the charging station, and that the station would not be overburdened with high costs. The stations, in turn, charge customers time-of-use prices so they can generate more revenue to ensure they cover all their costs.

Some utility regulators are taking notice of the mismatch between utility rate structures and charging-station economics.

Other utilities in California and other states also should design special rates for EV service stations to improve the economics for this emerging, RMI’s study concluded. Without changes to utility rate structures, the business case for public charging stations likely will remain weak.

Some utilities have gone into the EV charging business themselves, as part of efforts to drive EV adoption. Austin Energy in Texas, for example, offers customers who own an EV an initially discounted program of $4.17 a month for unlimited charging at any of its public charging stations. In addition, through Austin Energy rebates, customers can get discounts on 240-volt charging stations they can install in their homes, which recharge car batteries faster than an ordinary 110-volt outlet found in most homes.

Utilities that adjust their rates to empower public charging stations will reap the benefits in the form of increased power demand, said Brendan Jordan, vice president of the Great Plains Institute.

"Electric vehicle revenues will be great for utilities and will exceed the cost to serve them," he said. "They will help on the curtailment on renewables. The benefits of EVs will exceed the costs once they scale up and put downward pressure on rates."

As government policies and consumer preferences drive greater adoption of EVs, utilities will have to actively partake in charging station rollouts and improve their rate designs to avoid a shortfall in public charging infrastructure. 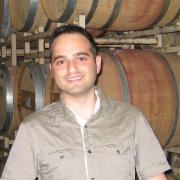 See all by Areg Bagdasarian