High-intensity storms cause billions of pounds of damage every year, and climate change is set to make this worse in future. We already appear to be (PDF) seeing more frequent and intense windstorms. Ex-hurricane Ophelia and Storm Eleanor both wreaked havoc in the British Isles over the winter, including injuries, power cuts and severe travel delays.

It’s not only commuters and households that are affected. Every year across Europe, the number of trees that commercial forests lose to storms is equivalent to the annual amount of timber felled in Poland.

Forest damage is a particular problem in northern and western Europe, but increasingly also places such as the Baltics and Belarus. Thanks to climate change, the damage could double over the course of this century.

Researchers use various modeling techniques to help forest managers predict which trees are at risk of damage, but none is sufficiently accurate. Artificial intelligence has the potential to make a big difference, however. We have built a system that we believe points the way to protecting the forestry industry more effectively in future.

Forestry is an important contributor to the U.K. economy, with an annual gross value added (PDF) of around $2.65 billion — slightly over 0.1 percent of the total economy. There is around 31,000 square kilometers of woodland, about 13 percent of Britain’s total land surface.

This area is increasing all the time, both to meet the rising demand for timber and for environmental reasons: in England, the recently announced Northern Forest between Hull in the east and Liverpool in the west will help with flood prevention, soil loss and wildlife. In Scotland, a large proportion of tree planting is being driven by the need for more carbon dioxide to be removed from the air via carbon sequestration.

Forest damage is holding this back, however. At least (PDF) five times in the U.K. in the past 50 years, huge storms have damaged timber with a volume of more than 35 million cubic feet.

Forest damage is holding this back. At least five times in the U.K. in the past 50 years, huge storms have damaged timber with a volume of more than 35 million cubic feet.

The forestry industry attempts to reduce the risk of wind damage in various ways, including harvesting trees at a younger age and thinning forests earlier to increase the long-term stability of the trees.

Foresters in the U.K. commonly use a software system called ForestGALES to help estimate the probability of wind damage to groups of trees — stands as they are called in the industry. Modeling techniques (PDF) also exist to predict storm damage to individual trees, based on things such as their height, width and more general forest characteristics such as soil type.

All these systems suffer from the fact that their predictions reference databases of information which do not contain much data. Unfortunately, it is very time consuming to gather the relevant information and it is not available for some areas, so it is not always practical to improve on this. It also doesn’t help that the proportion of damaged trees in any given forest is quite low, at circa 15 percent of the total. 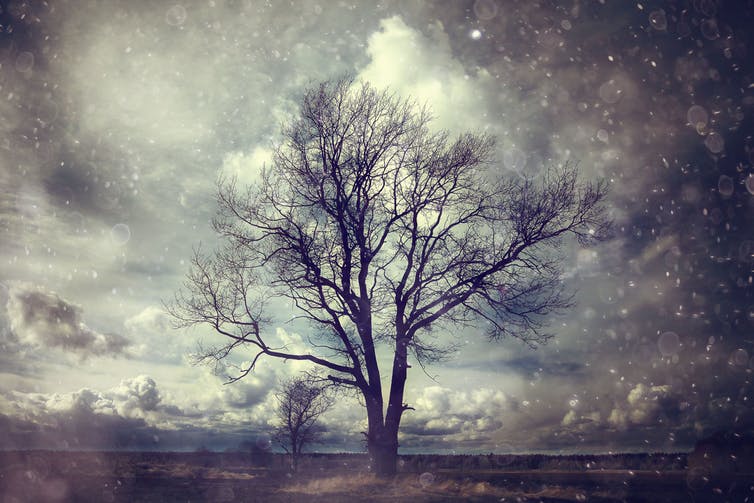 We and several other colleagues have been collaborating to find a different way forward, combining our expertise in computer science and forest management. We have been able to show that computers can use machine-learning to devise a model that can predict damage to individual trees very accurately.

It relies on a type of artificial evolution called genetic programming (GP), which mimics evolution in the natural world to come up with new features that can be fed into a classification system to make it easier to discriminate between different trees. These features don’t fit into any neat human categorization, so it’s hard to give examples; each new feature is a complex mathematical function that combines some of the original variables such as tree density and trunk circumference in novel ways.

Genetic programming mimics evolution in the natural world to come up with new features that can be fed into a classification system to make it easier to differentiate between trees.

When we tested the model using data collected from two storm-damaged forests in southwest France, it was 90 percent accurate in one forest and 79 percent accurate in the other. In terms of percentage points, the improvement on other modeling systems was in the double figures.

The new approach also provides new insights to forestry managers, for example highlighting the factors that most influence susceptibility to damage — such as tree density — which in turn helps them to develop better forest management plans for the future. And the models work sufficiently fast that the impact of these management plans can be mapped in real time, which is extremely helpful for forest planning and engaging with stakeholders.

It is a good example of how artificial intelligence is improving our ability to cope with the world around us. We don’t know of anyone else trying to apply machine learning to forest risk management, but there are parallels in numerous areas — breast cancer diagnosis, to give one example. Time will tell whether we can get to grips with climate change, but if more storms are in the future, we should at least be better at identifying the weak spots in forests in advance. 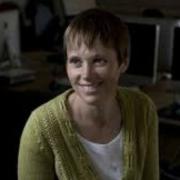 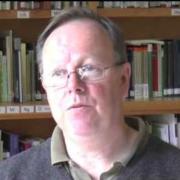 See all by Emma Hart