“It’s all about Big Data,” said Dilip Rahulan, CEO of Pacific Controls. Pointing to Dubai, his home city, he said sensor-fed communication technologies can manage everything from utilities to healthcare in a scalable, elastic way.

Dubai is the most populous city and emirate in the United Arab Emirates, and the second largest emirate by territorial size after the capital, Abu Dhabi.

In order to create the smart cities of tomorrow, Rahulan said we must redefine “enterprise” to shift the focus from organizations to individuals. In Dubai, IT affords every individual the opportunity to be their own ecosystem with their tailored needs. The ability to enable “smartness” is key.

“It’s not so much about the Big Data as it is about enabling Internet connectivity,” countered Kiva Allgood, Qualcomm’s senior director of global market development. Yet although sensors are invaluable tools for any smart city, we don’t need to put them on everything. She also noted that it is much more complicated to implement smart-city policies in democracies such as the United States than in Dubai because of the lingering possibility of citizen backlash.

In addition, smart cities of the future will feature more distributed Internet connectivity so that individuals can establish their own networks. The democratization of connectivity already is empowering companies such as Uber to reinvent old business models to provide innovative services in cities.

In cities such as New York, the building sector is the source of 75 percent of greenhouse gas emissions. Buildings are complex systems, and even new buildings quickly can drift out of calibration. Using sensors in building automation systems to gather information in the cloud allows adjustments to be made in real-time to make sure they run at peak efficiency.

How do we achieve resilience at the city scale?

A talk about this topic concluded that partnership-driven collaborations will fuel sustainability investments.

Franco Montalto of Drexel University said prudent cities should use “citizen-scientists” to learn about what is and is not working on the ground to invent and implement the best policies. This has the ancillary benefit of courting community buy-in, important for all impactful projects. The “multi-functionalism” of complex urban ecosystems is at the core of city resiliency, Montalto said.

Jad Daley of the Trust for Public Land showcased his organization’s comprehensive new strategy to help cities advance a “green infrastructure” approach that enables them to meet the climate challenge. This includes the potential for cities to lead national carbon reductions, as well as the imperative to keep people safe from climate threats.

Internet-based Geographic Information Systems are proving to be a powerful tools for city governments and their private partners to implement effective programs. One application of GIS is mapping entire cities from satellites overhead to determine the amount of heat each building emits — this information then can be used to craft programs aimed at more efficiently allocating resources at scale.

Cities must start looking at the multiple benefits and impacts of sustainability and resiliency initiatives, according to Matt Peterson, chief sustainability officer of the city of Los Angeles.

Besides looking at energy and water risks, cities should also look at social and demographic vulnerabilities. Renewable energy should be viewed as a given for critical facilities, such as those geared at disaster response, Petersen added.

Although Los Angeles is experiencing budget cuts due to deficits, he has seen success framing funding scalable resiliency programs as key to surviving California’s epic drought.

What policies, technologies and financing will make it all happen?

Many would-be smart cities don’t even know where to begin innovating. Enter the Smart Cities Council Readiness Guide — the first collaborative and comprehensive framework for a smart city, against which cities can assess their readiness to innovate. 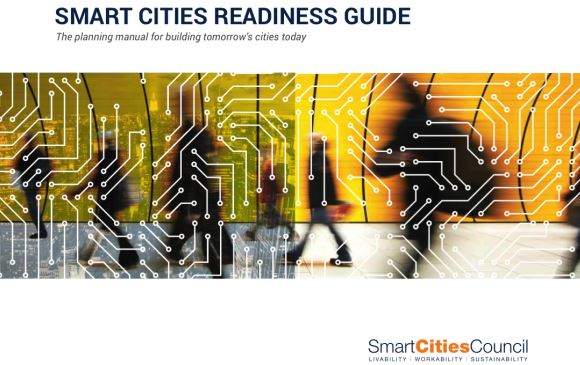 Berst moderated a panel of leaders including Robert Phocas, energy and sustainability manager for the city of Charlotte. He discussed Envision Charlotte, a public-private partnership focused on four pillars of resiliency: air; energy; water use; and waste. The initiative was started by Duke Energy, but soon came to include an intelligent-building group and a nonprofit.

Phocas said behind-the-scenes collaboration has been critical to the program’s success, as well as an ongoing transparent public engagement campaign. Qualcomm’s Kiva Allgood agreed that public engagement should be a center point of all public-private partnerships.

On financing, Melanie Nutter of Nutter Consulting said many recent programs grew out of federal stimulus funding. The former director of San Francisco’s Department of the Environment highlighted SFPark, a project of that city’s Municipal Transportation Authority. It features an app to help people find parking while lowering emissions associated with idling cars. Although this app has been well received, it never may have come to fruition if it weren’t for fortuitous funding.

Phocas suggested cities could reduce start-up costs and increase success by “harvesting” good ideas from other cities and not always trying to reinvent the wheel.

Cities should implement policies that focus on the “what,” Nutter said. San Francisco possesses a plethora of data on everything from energy to transit, which it makes publicly available through open data policies. The reasoning is that entrepreneurs can make use of the data to create innovative apps and other offerings, she said. Other cities have also found success with open-data policies.

Rapid technological evolution makes it tough for bureaucratic cities to capture of new technologies, which is why it is crucial to bring together a broad array of stakeholders, Phocas said. This can be as simple as forming a task forcing; assembling the right people in a room can be revolutionary because of the high probability that someone will have a good idea.

How Philadelphia is leading in energy innovation

VERGE winners define the trends to watch in 2014

In Abu Dhabi, is there prosperity to be found beyond oil?

VERGE Day 2: The city as startup, platform and organism