In this powerful team-up, non-profit GRID Alternatives will use SunEd's cash and panel donations to get 4,000 low-income workers installing solar.

The shift to clean energy, though, offers a chance to prevent the worst impacts of climate change, while potentially creating new jobs in our communities and lessening the toll that dirty fossil fuels wreak on some of our most vulnerable.

With a donation of cash and solar panels worth $5 million, SunEdison and its foundation will enable GRID to train 4,000 low-income solar workers around the country over the next two years. "We're going to provide hands-on training, paid fellowships, job fairs and a resume bank that will connect students at community colleges and job-training programs with employers who desperately need a pipeline of trained workers," explained GRID co-founder Erica Mackie.

Mackie isn't overestimating the potential here. For low-income workers, entry-level jobs as solar installers, which usually require only a high school diploma, can be an answered prayer, offering between $20 to $24 an hour and significant room for advancement. (Compare that to the minimum-wage jobs available to many high-school grads.) 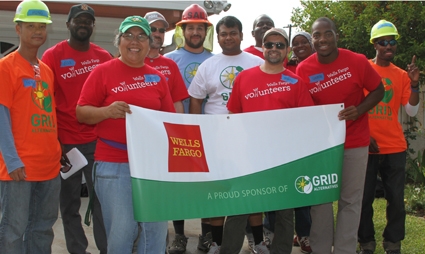 "GRID gave me the stuff you couldn't learn in the classroom," said Sal Torres, 33.

The organization has installed more than 5,000 free or low-cost solar systems on the homes of low-income families across the country using an innovative barn-raising model that includes donated solar equipment, sweat equity, volunteers, state and utility incentives and clean-energy trainees.

Torres started as a GRID volunteer in 2012, went on to work as a solar installer for one of California's largest solar developers and now works as a solar installation supervisor at GRID's Washington, D.C., office. "In a classroom, you can do stuff on a mock roof and pretend," he said. "But GRID gives you the real-world experience you need to get work."

The benefits of this partnership don't stop there. For the low-income families who will be able to take advantage of the solar systems GRID and its trainees and volunteers will install, savings on electricity can total 75 to 90 percent. These families will have more money for necessities such as food, medicine, and their kids' educations. Not only that: "The communities we work with care about soot in their air as much as anyone else," Mackie said.

For the solar industry — SunEdison included, of course — the program can help boost its already skyrocketing growth. And for the country and the world, the merits abound: With more solar workers available, we can deploy a lot more solar power. That helps mitigate global warming, spur economic development and clean the air.

Solar's growth, of course, has been sparked by federal, state and local policies that level the playing field for clean energy and help us fight global warming. This new partnership between GRID and SunEdison spotlights the many ways that growth — with a more than 20 percent increase in jobs year over year recently — has the potential to help repair our seriously damaged climate system while healing problems that result from poverty and unequal opportunities.

"From an inclusion standpoint and an equity standpoint," Mackie said, "we're going to take these good jobs and match them with people in communities that are desperate for good jobs." In partnership with SunEdison, "we're helping create an inclusive economy and lift up communities while meeting business needs." 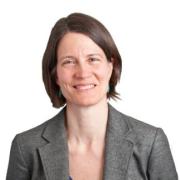 See all by Kit Kennedy