All those watching the Super Bowl this weekend, take heart: There’s a good chance the Minneapolis stadium roof won’t collapse — as its predecessor the Metrodome’s did in December 2010.

That’s because U.S. Bank Stadium, which opened in 2016, features a sleek, practical roof made of a material that lets the snow fall into a gigantic snow gutter. This transparent material, Ethylene Tetrafluoroethyl (ETFE), also saves energy. It allows natural sunlight into the stadium, giving the venue a natural, outdoorsy feel, while also allowing solar thermal heating that redistributes warm air in the winter and pumps cold air in the summer.

The unique high-tech roof is only one of the stadium’s many green features. U.S. Bank Stadium was the first NFL stadium to be built with LED sports lighting, which consumes 75 percent less electricity than the metal halide lighting typically used in the dark ages (pun intended). The facility also was constructed with a plethora of other energy-efficient features, including high-efficiency motors and advanced air-handling units, all of which combine to cut U.S. Bank Stadium’s energy use to 92 thousand British thermal units per square foot (kBtu/sf), compared to the Metrodome’s 104 kBTU/sf, and enabled the stadium to be certified LEED Gold in November by the U.S. Green Building Council.

This is all part of a larger effort by college and professional sports teams across the country to save energy. In fact, U.S. Bank Stadium is just one of 80 LEED-certified sports venues in the United States (PDF). Seattle’s CenturyLink Field, for example, reduced its annual utility costs by 21 percent thanks to a variety of energy efficiency measures. Nationals Park (PDF) in Washington, D.C., was the first MLB stadium to earn LEED certification and was projected to use 15 percent less energy than a comparable ballpark.

The largest energy savings often are achieved through a team effort, and the construction of Minneapolis’ U.S. Bank Stadium was no different. Ranked ninth in ACEEE’s 2016 State Energy Efficiency Scorecard, Minnesota has a number of policies in place to encourage energy savings. The state’s Sustainable Building 2030 standards call for energy consumption reductions of 60 percent for any building built after 2010, with the ultimate goal of reaching net zero in 2030. All state buildings are required to meet the State of Minnesota Sustainable Building Guidelines — also known as the B3 Guidelines — and U.S. Bank Stadium uses the B3 Benchmarking tool (PDF) to track its actual energy use.

Beyond the stadium, the state requires electric and gas utilities to invest a portion of their revenues in energy efficiency through the Conservation Improvement Program (CIP). These and many other energy-saving measures and initiatives enabled Minnesota to achieve the 10th highest electricity savings in the United States in 2016.

The city of Minneapolis, which ranked 11th in ACEEE’s City Energy Efficiency Scorecard, also understands the value of teamwork. Building on a century-long partnership, Minneapolis, Xcel Energy and CenterPoint Energy recently agreed to a first-in-the-nation leadership framework called the Minneapolis Clean Energy Partnership that aims to help the city reach its Climate Action Plan and Energy Vision for 2040 goals.

Whether the New England Patriots or the Philadelphia Eagles win Sunday, one thing is certain: Everyone wins with energy efficiency. With strong policies, evolving technologies and a lot of teamwork, we can all save money and energy in our offices, at home and in sports arenas across the country.

American Council for an Energy-Efficient Economy 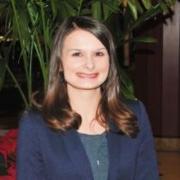 See all by Dawn Selak