Science has helped identify, quantify and measure some of the world’s most pressing sustainability challenges — including climate change, water scarcity and land use — but companies traditionally have set sustainability goals in the same way they would other business goals.

Often, businesses set conventional sustainability goals that stakeholders expect — that either reach for the low-hanging fruit or grasp for incremental and often random stretch goals.

But because these goals are not always intertwined with the core sustainability issues surrounding the business, firms struggle to maintain a consistent sustainability narrative. Some companies openly tout their sustainability successes, while others may be doing cool things but opt not to talk about it. Others may admit they are "sustainable" but preface it with the claim that "sustainability is a property of the entire socio-economic system and may not be achieved by the actions of a simple company."

1. Breakthrough: goals that go beyond the "stretch" or incremental steps.

3. Leading: goals set by leading companies that act with a sense of urgency on sustainability challenges.

4. Broad: goals that go beyond only carbon footprints to include immaterial impacts.

5. Purpose-based: goals that focus on ensuring that a business’s products have a positive purpose for society.

6. Future-fit: goals which are forward-looking and comply with the science and ethics frameworks such as the U.N. Sustainable Development Goals, fit within the limits of ecosystems’ regenerative capacities and connect the company to a larger societal need.

"What we want to to be able to do is to commit to and disclose appropriately our sustainability targets," Aoustin said. "And for this we need to understand the global context and its limits, to understand how our companies or products fit in that context, and understand where we are and where we need to get to."

Kellogg's and others take a science-based approach

At the COP21 climate change conference, the We Mean Business Coalition called for companies to adopt science-based targets through the Science Based Targets Initiative.

This joint program of CDP, the U.N. Global Compact, WWF and WRI was designed to increase corporate ambition on climate action by changing the conversation on greenhouse gas target setting. So far, 122 companies have signed up and 12 have been acknowledged for successfully creating science-based targets — including Kellogg’s, P&G, Coca-Cola, Dell, NRG, Sony and GM.

Kellogg’s, in its 2015 Absolute Reduction Target, aimed to reduce emissions by 65 percent and engage with suppliers in the value chain to halve absolute emissions by 2050 from 2015 levels.

Mars finds the right words to make the business case

"Having the conversation about ‘what should our greenhouse gas target be?’ is the wrong discussion because business leaders in general don’t have a lot of experience thinking about greenhouse gasses," said Kevin Rabinovitch, global sustainability director at Mars. 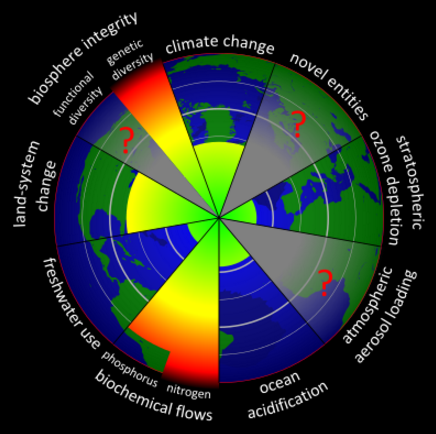 "They don’t know about atmospheric science and what activities correlate to GHGs the same way would on financials. ... People’s intuitive sense of what works and what doesn’t work in their business and financial terms is very well established — GHGs much less so."

"Given that the problem has been identified by science, and measured by science — and in a lot of cases science has given pretty good direction on what would be the change to avoid the problems, why would you turn your back on that?" Rabinovitch said. "Why would you not allow science to inform the process?"

And rather than get bogged down in an unproductive conversation about what a company’s greenhouse gas reductions ought to be, it’s much more useful to use science-based targets as the basis of the discussion, so firms can unlock business leaders’ expertise to formulate strategy.

Mars referenced the planetary boundaries diagram — a model developed by scientists to show the limits of the capability of earth systems to regenerate. Mars used this to develop its goal to eliminate the greenhouse gas emissions across direct operations by 2040, around one-seventh of its total footprint.

"The great thing about these science-based targets is you get that property of a stretch goal in that it pulls you out of your comfort zone, but you lose that arbitrary 'it’s just more than I knew how to do.' You can explain to people why it is what it is, and then you can get back to focusing on the strategies and not whether or not the goal is fair," Rabinovitch said.

Water is a prime example of how science can help to overcome both local and global sustainability issues.

"Water is interesting and perhaps different than carbon in that although it’s often discussed as a potential global issue, at the end of the day it becomes a local question," said Todd Brady, global sustainability director at Intel. "Global water issue require local solutions. And some areas in which you operate you may have plenty of water, and in others it may be water-stressed areas."

This holds true for Intel, which has manufacturing operations around the globe — some in the northwest United States and Ireland where there is lots of water, and others in the desert regions of the American southwest.

Recognizing that not all water use is equal, Intel worked with Quantis to map out its global water use and develop a water scarcity metric. Identifying Chandler, Arizona as its most water-intensive operation, Intel worked out how to cut water use by half through recycling and using local graywater.

"One challenge that often that often comes up — especially with issues with water and land — people are often looking at these at almost a purely local basis, which is a necessary position to make, but it’s also ignoring this global question of ‘do we have enough water do we have enough land globally?’" said Jon Dettling, managing director at Quantis. "It’s imperative to act locally but think globally."

To achieve sustainable levels of water use, for example, scientists warn that we must reduce our current water usage by 10 percent globally. Once we determine the desired level of global water consumption, we might estimate that a water budget for feeding 9 billion people is roughly 200 liters per meal.

"The benefit of bringing in this type of science and the boundaries into the target setting is it really brings it to light in a way we can see why a goal is necessary to achieve," Dettling said.

A fair way to split the global environmental budget

But there hasn’t really been a discussion on what a fair approach to allocating the global budget of environmental impact would look like, and this will need to take place if science-based targeting is to take off.

"Different ethical principles for distributing scarce resources can result in quite different science-based targets," said Ander Bjørn, a lifecycle researcher at the Technical University of Denmark.

"If you use the principle of grandfathering, where all are reduced from the same percentage from a baseline year, you will get very different results than if you use contribution to GDP or if you use a cost-reduction principle — meaning that you should reduce the most where it’s cheapest."

In addition, human civilization needs a stable environment to thrive, and there are signs that stakeholders will require companies to report science-based goals within the planetary boundaries framework.

"A company should contribute to society in a way that does not exceed the planetary boundaries, and should thrive within the safe limits," Bjørn said.