Surprising sustainability lessons from Africa and the Middle East

Takeaways for business can come from surprising places, such as a 1920s-style Kenyan safari or the glossy towers of Dubai.

As I set out this summer for a month traveling with my family through Africa, the Middle East and the United States for business and vacation, I wondered: Where would I find the best examples of sustainability and social impact — and lessons to bring home for businesses, brands and those of us working for a better world?

Let’s face it: Africa and the Middle East don’t usually conjure up images of "sustainability," but quite the opposite.

We might think of impoverished, malnourished and oppressed people living in over-crowded, polluted cities, drought-stricken deserts or remote jungles — places where greedy corporations, corrupt dictators and violent warlords exploit them and natural resources.

The U.S. and other developed countries more likely would come to mind as a model for human rights, corporate responsibility and environmental conservation practices. But I was pleasantly surprised to find sustainability bright spots and takeaways in all five countries I visited on three continents: Senegal, Kenya, Tanzania, the United Arab Emirates and the U.S. 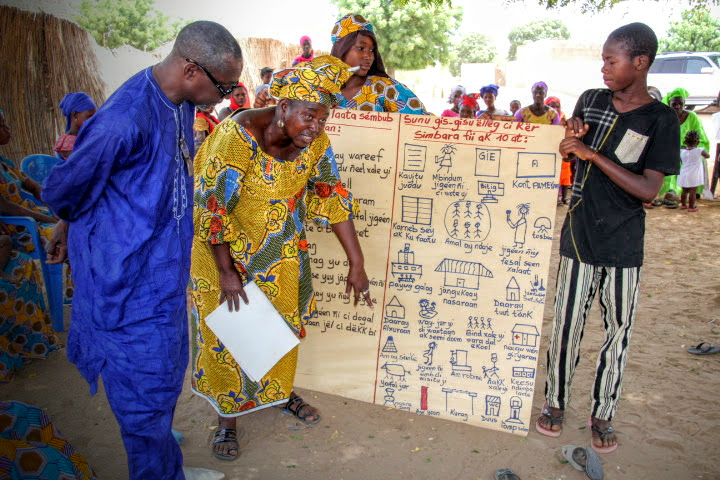 To address the lack of basic education at the root of most failed development projects in Senegal, American Molly Melching created the nonprofit Tostan in 1991 using a then-novel approach: educating villagers in their own national languages, such as Wolof and Pulaar, using non-traditional methods such as theater and storytelling. I knew this was something special when I first volunteered at Tostan (which means "hatching" in Wolof) for seven months in the mid-1990s.

But visiting this summer after more than 20 years, I found that Molly and her team have become the driving force behind a globally recognized movement to end the prevalent traditions of female genital cutting (FGC) and child or forced marriage in Senegal and five other African countries where Tostan operates, a story chronicled in the book "However Long the Night."

To date, more than 7,400 African communities have pledged to end these practices and Senegal has outlawed FGC — sparing millions of girls and women the pain, infection birthing complications and even death that can accompany it.

How is Tostan succeeding on this complex issue where so many others have failed? Recognizing that women practice FGC out of respect for religious and cultural norms, Molly’s team didn’t judge them or even ask them to stop. Instead, they empowered women with the human rights and health knowledge that, over many years, led them to make their own brave declarations.

As Hillary Clinton put it, following her visits as first lady and later as a senator, "Tostan’s approach succeeds because of its deep respect for the people it serves."

If your brand or business wants people to take action, don’t tell them what to do. Instead, as Tostan teaches us, educate your audience in ways they like to learn and you’ll empower them to change even the most entrenched social norms. In the remote Masai Mara region north of the Serengeti, I found Cottar’s 1920s Safari Camp reminiscent of a bygone era, but its sustainability practices and goal "to become net positive" cutting edge. Cottar’s funds a wildlife trust focused on conservation, community, culture and commerce; irrigates the onsite organic garden with recycled grey water; and is transitioning to solar, wind and other forms of alternative energy — which also seemed to include using elephant dung instead of wood as fuel for heating my shower.

Not only do they reduce and reuse, they also show great respect for the land, animals and people. Cottar’s hires and trains half its staff from surrounding communities, pays wages well above industry averages, and contributes several hundred thousand dollars a year in "land use fees" to the Masai’s regional council for daily access to the game preserve where they take guests on safari. This is even more impressive given that many safari operations in the region illegally build on protected land, exploit the Masai and leave a heavy environmental footprint.

I saw another win-win story in Nairobi, where Ocean Sole recycles thousands of flip-flops littering the beaches and waterways and turns them into hand-crafted animal figurines. This "upcycling" eco-venture is literally turning trash into treasure — creating job opportunities for locals, protecting oceans and wildlife, and educating countless souls worldwide about the threat of marine debris.

Cottar’s and Ocean Sole prove that even the smallest businesses can leverage natural resources creatively. Just as they use elephant dung and discarded flip-flops to make an impact, perhaps your company can find unconventional and untapped resources to advance your sustainability goals. 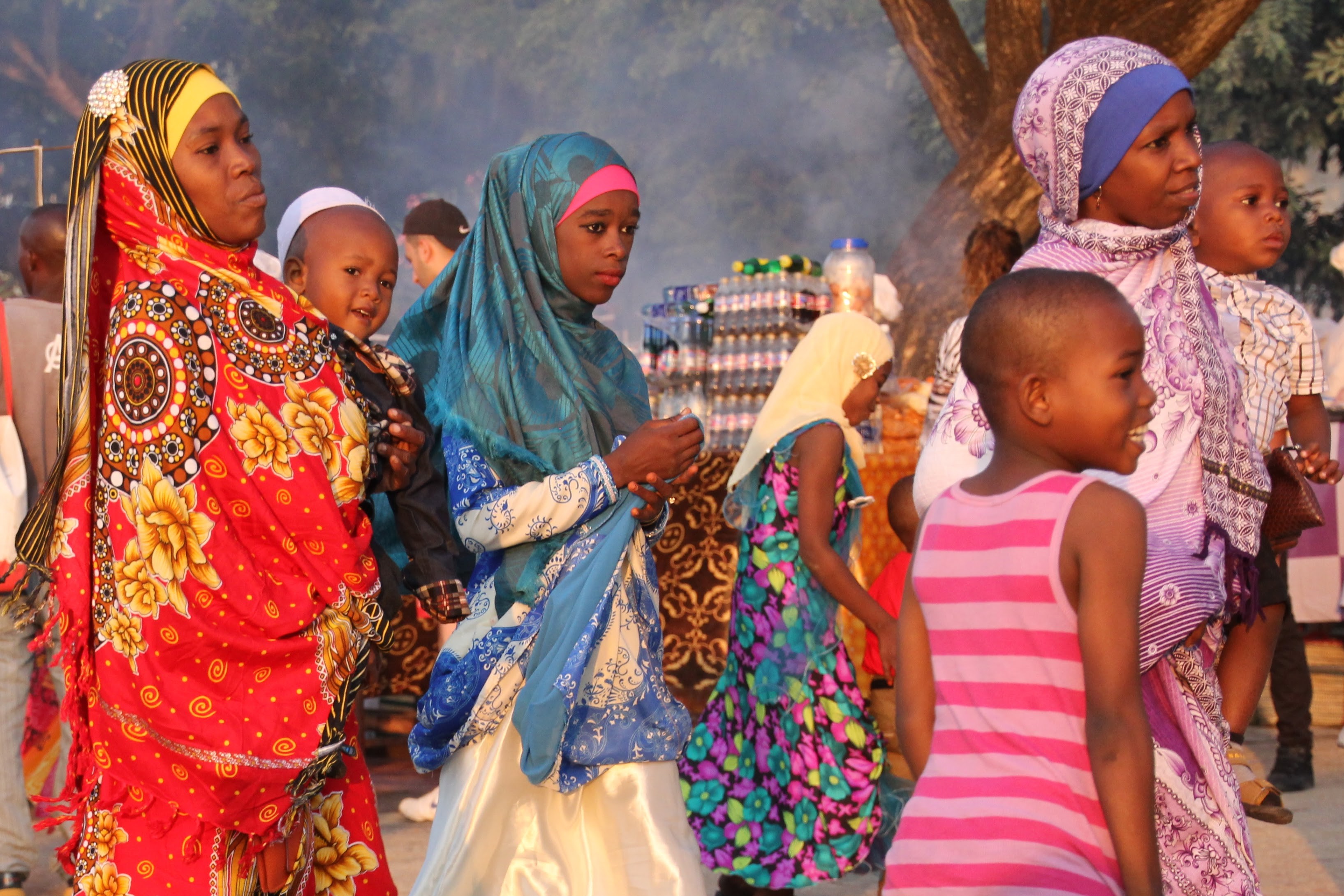 In Zanzibar, an archipelago of islands off the coast of Tanzania, I experienced a culture steeped in history and rich in ethnic diversity, yet seemingly enjoying social harmony.

As the tourism commission website notes, "Sumerians, Assyrians, Egyptians, Phoenicians, Indians, Chinese, Persians, Portuguese, Omani Arabs, Dutch and British have settled here at one time or another and influenced the local culture into the present fusion." Zanzibar is both a multiracial and multicultural society, with people of many faiths and origins, where almost the entire population is of mixed races, primarily of Arab and African decent blended with local culture.

I saw this diversity on display while strolling the streets during the final evenings of the Islamic holy month of Ramadan, when families in their finest, multi-colored traditional attire mingled with other locals and tourists. It was also evident in our tour guide Juma, a modest Muslim of African descent who spoke not only English and Swahili but also French, Japanese and Russian.

Another man perhaps best exemplifies the celebration of Zanzibar’s diversity: its most famous native son, Freddie Mercury. The flamboyant former frontman of rock band Queen was born Farrokh Bulsara in Zanzibar to Persian parents from India, and his memory is still very much alive there thanks to his childhood home that’s now a popular museum.

Takeaway: Be patient but persistent

Achieving harmony among diverse people — whether in a business, a community or even an entire country — takes time. In Zanzibar’s case, it’s taken literally centuries to become the multicultural society it is today. In America, we’re still early in the struggle to overcome racial, religious and other tensions, and we have a long road ahead. 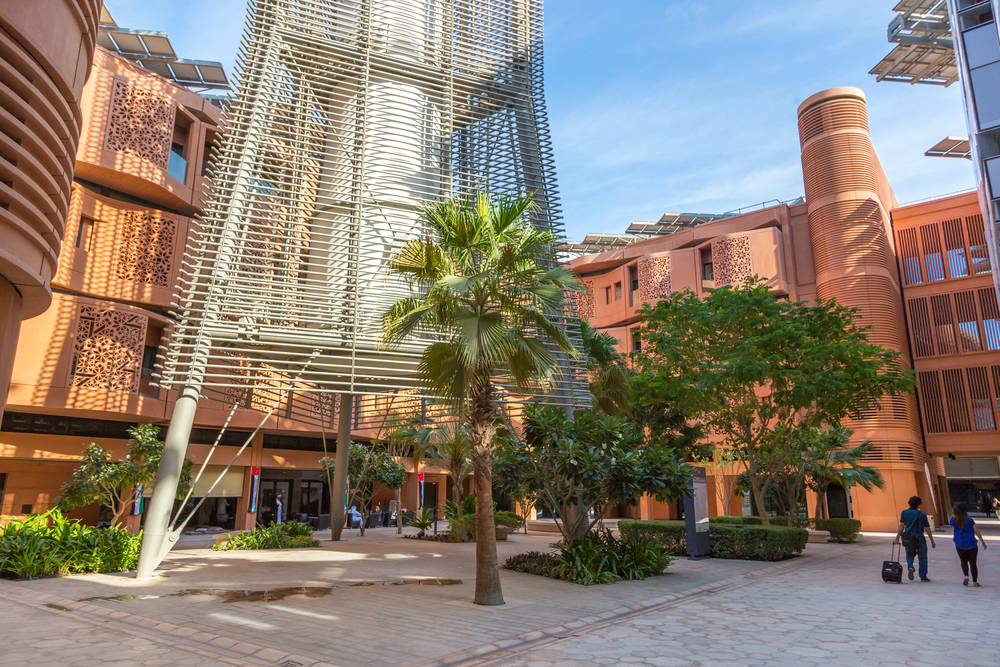 Dubai, the most populous city in the United Arab Emirates, is known to boast about its largesse, from having the world’s tallest skyscraper and largest mall to the first indoor ski resort in the Middle East.  So it’s no surprise that Dubai has an entire "sustainable city" development, enough LEED-certified buildings to make the world’s top 10 list and plans to be the "Capital of the Green Economy" by 2021 — a goal which sustainability leader John Elkington called into question in this GreenBiz article.

In my brief visit, I found that sustainability in Dubai is not only a grand ambition but also a grand conundrum. On the one hand, Dubai is indeed doing environmental sustainability right in many areas, from green buildings and solar farms to desalination and public transportation. But such development, and the society itself, isn’t entirely sustainable or socially progressive when funded by fossil fuel profits, reliant on pervasive human rights abuses of migrant laborers and steadfast in its oppression of women and homosexuals.

In Dubai I caught a glimpse of how a lot of money is a double-edged sword for sustainability: It can help realize visionary plans for sustainable living in a harsh desert climate, yet also fuel the kind grandiose ambitions that result in Dubai’s man-made islands shaped like a giant palm tree (the world’s largest, of course, with high-end homes, shops, hotels and a water park) and islands forming a map of the world. That the latter project has been abandoned due to the 2008 global financial crisis is perhaps the best reminder that our scarce resources could be best applied to saving the islands we have rather than building new ones.

While most of us struggle with a lack of funds rather than an abundance, Dubai is a good reminder to use what we have wisely. Before putting your bets on the best or biggest sustainability accomplishments in the field, focus your scarce resources on achieving outcomes that are meaningful for your business and don’t compromise your values. Business brought me to rural Shepherdstown, West Virginia, where I trained the team at the Conservation Fund’s Freshwater Institute (a client) to tell the story of the groundbreaking work they’re doing in land-based aquaculture, featured in the Time Magazine article "You Won’t Believe the Source of the World’s Most Sustainable Salmon."

This story starts with the FedEx trucks that deliver salmon larvae from labs around the world to Freshwater — a collection of warehouses on a farm-like property outside town — where the team breeds fish in giant tanks (think above-ground swimming pools), embedding each with a transponder tag to track and optimize their growth based on variations such as feed type, water temperature and fish density. The operation is low impact on many levels, using fish feed made from agricultural byproducts, water that’s re-circulated from the onsite spring, fish waste that’s used as a soil-amendment for nearby farms, and slaughter techniques that are more humane than conventional methods.

The result is farmed — yes, farmed — salmon that’s surprisingly sustainable compared to alternatives, and one promising way we can help achieve the estimated doubling of world food supply that will be needed to feed the earth’s population by 2050.

Despite the negative perception around farmed fish, Freshwater leaned into this space and found a way to do it better. So, don’t be deterred from taking on the most sticky, unsolved sustainability challenges. Swimming against the current may be more risky, but it also can set you apart as the biggest fish in your pond.

See all by Amon Rappaport