Formed just two years ago in the U.S., The Sustainability Consortium now numbers almost 80 members and has extended its reach to Europe with an office in the Netherlands.

The new office will be run in partnership with the Wageningen University, whose President and CEO Aalt Dijkhuizen was named to the consortium's board of directors this month. Two other new directors -- Helen van Hoeven of the World Wildlife Fund and Marcela Hahn of the venerable international aid group CARE -- also were appointed to the board.

The additions bolster the roster of academic and NGO members in the 10-person board. They also underscore that the leadership group, like the members of the consortium, come from companies and organizations that are known across the globe. 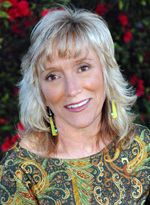 The organization grew from a concept initiated by Walmart in 2009, when the retailer announced it would survey suppliers on environmental performance so that the firm could eventually rate the sustainability of the products it sells. Walmart made a donation to help launch the organization and was a founding member, but does not run the group that aims to devise methods and tools for measuring the environmental footprint of products.

The 44 founding members included BASF, Coca-Cola, PepsiCo, P&G, Unilever and UL Environment. Today, more than 70 major companies and five NGOs are members of the consortium that is jointly administered by Arizona State University and the University of Arkansas.

This month, Bonnie Nixon marked her first 100 days as consortium executive director. Appointed in April, the former director of environmental sustainability for HP provided highlights of her work thus far and offered a look ahead in a post for the consortium's blog.

We'll have a much bigger look at the growth of the consortium early next week: GreenBiz Executive Editor Joel Makower, who wrote about the "The Myths and the Mission Behind the Sustainability Consortium" soon after it formed, spoke with Nixon earlier this week.