Is sustainability here to stay? What retailers think

Retail suppliers are hearing a lot about sustainability lately. Recent news include the Sustainability Consortium, Walmart’s Sustainability Index, the Sustainable Apparel Coalition and other major industry initiatives. But given a history of industry plans and programs which proved to be more trendy than durable, suppliers might be forgiven for wondering, “Is this just another fad, or something we should take seriously?” We found answers at three large U.S. retailers.

When determining whether the tide of sustainability is rising or falling, it’s tempting to look at these short-term variations for evidence because what’s recent is easily recalled and always seems more real. However, just as measuring the tide at 6 a.m. gives a very different reading than measuring it at noon, short-term swings can be misleading. The greatest danger for business leaders whose long-term viability depends on predicting the future (which is to say, almost all business leaders) is that short-term variations can mask clear long-term trends—like the slow but inexorable rise in sustainability awareness, along with interest and action among governments, consumers and retailers.

What’s driving this? Three major trends are converging to shape what many have described as a “new normal” for business. Escalating resource scarcity generates new business risks and raises costs. Increased transparency makes good things easier to share, but bad things (like toxic products or unsustainable manufacturing practices) are harder to hide. And growing consumer sensitivity to the sustainability impacts of products they buy is raising expectations for “good company behavior” and infusing a new sense of responsibility into buying behavior in general.

Business in the 21st century is changing, and strategies which worked to create wealth in the past will not necessarily work in the future.

Many leading retailers are awakening to this emerging reality and realizing that, in the words of Scott Lercel, Director of Social Responsibility & Sustainability at Target Corporation, “Sustainability is good for business … All major retailers seem to be looking at the sustainability space and how to integrate it into their current business model.” Why? One reason is that “driving operational efficiencies within your supply chain makes you more competitive and reduces operating costs.”

These leaders are not acting in isolation; the massive scale of the challenge has moved several retailers to collaborate in unprecedented ways. For the past few years, such unlikely bedfellows as Target, Walmart, Kohl’s, JC Penney, Nordstrom and Safeway have built uncommon partnerships like the Sustainability Consortium, the Sustainable Apparel Coalition and collaborations to get on the same page on sustainability. The result is what one participant (Walmart) describes as "a new retail standard for the 21st century."

This promises major benefits not only to consumers—through more sustainable and ultimately affordable products—but also to suppliers—through reduced redundancy, contradiction, waste and frustration. Historically, suppliers working hard to comply with the responsible sourcing expectations of multiple retailers have faced what can most politely be described as a morass of different definitions, values and compliance mechanisms -- all of which have caused audit fatigue and raised costs for suppliers, retailers and ultimately consumers. "Doing it consistently across the industry," Lercel said, "can drive efficiencies and if we're all asking the same thing across our industry we can drive change faster."

Image of shopping cart by Nata-Lia via Shutterstock

All these benefits have convinced Lercel that retailers are onto something big. Given the number of companies involved, he predicts the collective momentum is destined to "revolutionize the industry.” He also believes we are only seeing the beginning. “This is going to be an ongoing journey well past my lifetime,” he projects. Given the size and complexity of the challenge, he may well be right.

John Fojut, VP of Corporate Sustainability at Kohl's Corporation, makes a similar observation. He describes how his company recently “had 37 of our Top 100 branded suppliers join us for a roundtable of workshops on how we could all do better on sustainability. This was the second roundtable we've had in two years and the suppliers' reactions this time around were that 'This finally seems to be sticking. We've heard it before, in the past, and sometimes it faded away, but now it seems here to stay.' "

And then there's Walmart. Since then-CEO Lee Scott publicly announced the company's sustainability commitments in 2005, Walmart has appeared to many suppliers to have an on-again, off-again relationship with sustainability. True, the company has kept a somewhat lower public profile on the issue since making the cover of numerous national magazines in 2006.

However, the volcano is rumbling again – starting with a chorus of public statements from numerous Walmart executives this past April, capped by a declaration from Walmart CEO Mike Duke that, "We have not wavered and we will not waver on sustainability." And in September -- just when many suppliers may have imagined it was safe to put sustainability on the back burner -- Walmart issued a call to action to hundreds of key suppliers to report more detailed sustainability information. Then came the retailer’s latest sustainability milestone meeting in which Walmart described the imminent launch of its Live Better Index -- based on the long, arduous work of the Sustainability Consortium.

The tide of sustainability is rising and this time it may not recede because retailers have begun to redefine “business as usual.” Our best business intelligence tells us that buyer engagement and accountability will be front and center in the next wave of change. For suppliers, the choice is simple: Get out of the water, pretend the wave isn’t coming, or learn to sail.

We hope to see you on the waves -- and not under them. 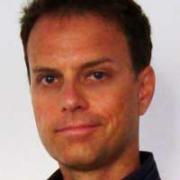 A glimpse into the future of retailer sustainability

How can suppliers adapt to retailers rising expectations?

See all by Marc Major