Sustainability Hits the Fast Lane at the Frankfurt Auto Show

As we reported earlier this year from Geneva and New York, sustainability is more important to the auto industry than ever before.

At the 64th "Internationale Automobil-Ausstellung," Frankfurt's annual auto extravaganza in car-crazy Germany, nearly all of the significant vehicles revealed have a sustainability story to tell. The September 13-14 press preview will be followed by a public show through the 25th of September, with 900 exhibitors from more than 30 countries here.

Small (and Light) is Beautiful

Sustainability is the dominant theme in the auto industry today because of aggressive legislation that targets manufacturer-average fuel economy of 54.5 mpg by 2025 in the U.S. and an equivalent of 57.6 mpg in Europe by 2020. 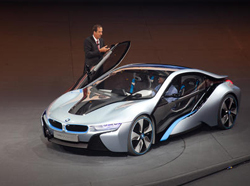 But to meet new regulations, automakers have to first satisfy the laws of physics. Moving more mass takes more energy, which consumes more fuel. After decades during which car model became heavier with each generation, we're finally seeing the trend reverse. For example:

Beyond the news on direct weight-saving measures, some of the most interesting and well-received vehicles at the show have the common virtue of small size, showing the direction in which the overall industry is headed. 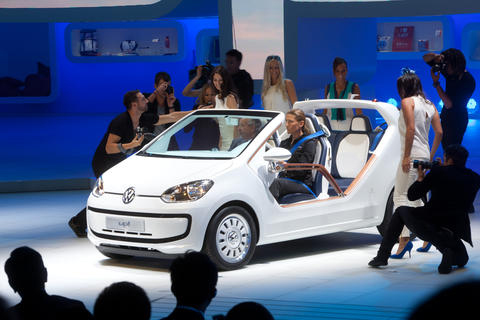 Other important news from Frankfurt ties directly to the GreenBiz VERGE concept. Mobility and information technologies continue to come together across vehicle makes and models:

Does It All Add Up?

Meeting the significant sustainability challenges for personal mobility will require a combination of engineering solutions like lightweighting, electric drive, and integrating technologies to improve the transportation system overall. There isn't a single silver-bullet solution.

Often overlooked, however, is driver demand. We need to want a reason to move from our bigger vehicles to smaller, more efficient ones. Fuel prices are one factor in that equation, but the desirability of smaller cars is another. The exhibition in Frankfurt shows that the smaller cars coming soon to Europe (and, in some cases, the U.S. as well) are very desirable indeed. 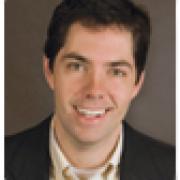 The 10 hottest hybrids and EVs from the Frankfurt Motor Show

At the Geneva Motor Show, All That Glitters is Green

See all by Ted Grozier