Is sustainable agriculture the future, or the past?

The following excerpt is from Michael Foley’s book "Farming for the Long Haul: Resilience and the Lost Art of Agricultural Inventiveness"(Chelsea Green Publishing, February 2019) and is reprinted with permission from the publisher.

Successful farming societies — and there have been many of them throughout the history of agriculture — have never been driven by the profit motive, though profit has played a part in some societies, at least where farmers were free and markets significant. Instead, they have been governed by principles of resilience — by the effort, to put it simply, to survive and to do so well under uncertain conditions.

Those principles include: a dedication to their own subsistence, above all; sophisticated approaches to management of the natural resources on which farming depends; and dependence upon a vibrant local community as a first line of defense against calamity.

Contemporary efforts to teach the latest generation of farmers the business skills necessary to turning a profit fly in the face of this history, just as they ignore the short, sorry history of profit-oriented farming best on display in the United States. Often these efforts are based on a misunderstanding, a subtle morphing of two disparate notions.

"You can’t farm sustainably," many say, "unless you’re economically sustainable." True enough. But then comes the subtle wrong turn: economic sustainability = profitability. Economic sustainability in the historical record, however, relies more on resilience than on profitability. In fact, the quest for profitability can be the enemy of resilience, as when American farmers cut the woodlot, eliminated the milk cow, the hogs and the chickens, and took down the barn — the better to farm fencerow-to-fencerow in the quest for profits in markets fixed against them.

Resilient farmers know the difference between short-term profitability and long-term economic sustainability. Farmers condemned by debt and bad advice to constantly track the bottom line generally do not.

Farming societies — tribal, peasant, yeoman farmer — have often been prosperous. Why, then, the prejudice that farming is a losing game, peasants forever condemned to misery and ignorance, tribal societies a dead end? No doubt the reasons are many.

History remembers disaster better than success, and military prowess over the everyday persistence of ordinary people. Peasants don’t easily raise armies and thus are easily overrun by marauders on horseback, who combine military advantage with terror, slaughtering men, women and children, burning crops in the field, driving off the livestock. And when peasants do raise armies, they are often defeated, if not by their enemies then by the likes of the communist cadres who assumed leadership in 20th-century peasant revolts around the world and who reshaped peasant life and society in the wake of victory.

We also tend to remember the recent conquest and absorption of so-called primitive societies by the West rather than their persistence over hundreds and thousands of years. Tribal societies, for the most part, could not compete with colonial newcomers, neither militarily nor culturally. Traditionalists like Tecumseh or Crazy Horse found themselves fighting losing cultural battles against the majority of their own people enthralled by the stuff the industrial-based intruders had to offer.

The success of these societies in getting a subsistence and building a rich culture over millennia came to look, from this perspective, like backwardness.

Since the dawn of the republic, moreover, American farmers have been forced to sell on a market manipulated by governments and speculators, railroads and multinational corporations. They are "price-takers," as the economists put it, not price-makers. We remember the revolt of farmers over the terms of that market in the post–Civil War era but not the prosperity of the rural economy that followed, the age that built the lovely towns that dotted our countryside in its aftermath. We see only the ruins of those towns in the wake of the 70-year advance of the industrial model. We remember the struggles of homesteaders unsuited to the task of learning to farm a new terrain or condemned to failure by the attempt to bring traditional farming methods to the arid West. And we know that farm country has grown increasingly deserted over the last 70 years.

But we don’t recognize the achievements of the settled agriculture of the 19th and early 20th centuries in many parts of this country, and we ignore the undermining of those achievements through government policy, expert advice and growing monopoly power in the marketplace. Too often, and too persistently, we blame the victim.

We have much to learn from the social organization, farming skills, ecological wisdom and political resistance of the farming societies of the past. In place of peasants and farmers, economists and policy makers have elevated the agribusinessman. But agribusiness as we know it is unsustainable even for many agribusinessmen, and certainly for the soil and our food system.

Food systems are not just about the production, distribution and processing of foods. They represent distributions of land and power, wealth and poverty, plenty and famine.

The few who succeed in that losing game are scarcely models for the agriculture of the future. In 70 years of ruinous farming practice, industrial farming has exhausted our soils, poisoned groundwater and a large portion of the Gulf of Mexico, and provided the basis for a food culture that is making most of our population sick.

To go forward we will have to look back and attempt to recover, with the wisdom of hindsight, the lessons that traditional agricultural societies have to teach about subsistence, stewardship, social organization and economic and political resilience.

Food systems are not just about the production, distribution and processing of foods. They represent distributions of land and power, wealth and poverty, plenty and famine. As farmers we can buy into the food system we are born to and try to rise to the top in a usually losing game, or we can try to change the system and the practice of farming itself. The contemporary sustainable agriculture movement is an attempt to change one very complex and powerful food system.

But we will fight against odds of our own making, and not just those devised by that system, if we accept its premises, if we suppose there are no alternatives to struggling to make it in the market economy. And there is a third option: We can return to the norm of the successful agricultural societies of past centuries that were based on a strategy of subsistence first, resilience in the face of both natural and human-made challenges, and continuing invention, and grounded in the reciprocity and fellow feeling of living communities. Understanding the alternatives that human societies have devised in the past is essential to enlarging our vision of farming for the long haul. 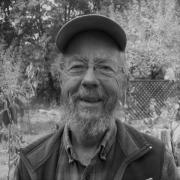 See all by Michael Foley