Sponsored: The industry is facing a fork in the road, it has the chance to be on the right side of history by contributing to a sustainable, carbon-neutral future.

This article is sponsored by Neste.

About 15 years ago, Finnish energy company Neste decided to change its course. Since 1948, Neste was in the oil business, but the health of the planet and future generations began to weigh on the company’s leadership.

With much of the world still viewing climate change as an inconvenient truth, Neste’s executive committee and board of directors decided to embark on an ambitious transformation from fossil fuels to renewables. Now, Neste is a global leader in renewable fuels and the third most sustainable company in the world, according to Corporate Knights.

During the initial months of the COVID-19 pandemic, the impact of burning fewer fossil fuels allowed the world to glimpse what Neste realized a decade and a half ago — our current energy system is hurting people and the planet. An alternative world emerged across social media — scenes of wildlife reclaiming habitats, hazy skies of major metropolitan areas becoming clearer and industrial waterways verging on crystalline. While the pandemic prevented many of us from enjoying this, it showed what could become possible by putting sustainability at the heart of our economy.

Nowhere is this more true than in the aviation industry. In general, U.S. aviation accounts for 2.6 percent of total domestic emissions and 9 percent of the emissions from the broader U.S. transportation sector.

While it’s no secret that the travel industry has been severely affected by the pandemic, a light remains at the end of the tunnel. In fact, the Federal Aviation Administration (FAA) forecasts an increase in U.S. airline passengers from 917 million in 2019 to 1.31 billion annually in 2039 — 43 percent growth over a 20-year period. Over the same period, the FAA projects that jet fuel consumption will increase from 24.08 billion gallons to 30.64 billion gallons per year.

What’s more, the business aviation industry has seen the number of private flights increase during the pandemic. This may be a smaller sector than commercial aviation, but the carbon footprint on a per-passenger basis is much worse.

While the overall trajectory of jet fuel consumption has slowed in light of the COVID-19 pandemic, over the long run it is anticipated that growth will return as the appetite to travel increases in a post-pandemic reality.

The aviation industry is facing a fork in the road, and much like Neste, it has the chance to be on the right side of history by contributing to a sustainable, carbon-neutral future.

Predictions from the FAA mean one thing for the planet — more emissions and pollution if we continue business as usual. The necessity for greener solutions such as sustainable aviation fuel (SAF) couldn’t be clearer: a fuel that delivers an immediate, lasting and significant reduction of GHG emissions (up to 80 percent over the life cycle and when used in neat form) and pollution compared to conventional jet fuel.

The environmental benefits start with the feedstock: SAF is made from renewable waste materials such as used cooking oil instead of crude oil pumped out of the ground.

These waste materials contain lots of carbon, the main building block for SAF. Importantly, this is already existing carbon from our atmosphere, which means SAF emits no new carbon when used in neat form in an engine. The only new emissions come from production, which Neste aims to make carbon-neutral by 2035, and transportation.

The carbon released from SAF eventually will be stored in plants and animals that enter our food system. Given this circular system, as a byproduct, more waste is created that, in turn, can be made into SAF.

It’s a virtuous, circular cycle where waste ends up fueling turbine engines. Neste works to ensure that its entire renewable supply chain protects human rights, does not harm the environment, complies with ethical business practices and does not compete with our food system.

Often, greener solutions are considered out of reach when compared with business as usual, largely due to operational and cost challenges. While SAF does cost more today, the fact that it works with existing aircraft and aviation fueling infrastructure makes it a practical climate solution. There is no need to buy new planes, modify equipment or wait for new infrastructure to be built.

Importantly, SAF will become more price-competitive as supply grows and producers find efficiencies, governments put a price on carbon and an increasing number of consumers place a premium on sustainability.

SAF also can help businesses achieve their climate goals. For example, Microsoft and Alaska Airlines are reducing the carbon footprint of Microsoft employees travelling between Washington and California by using SAF on some commonly flown flights.

For the many benefits of SAF to become fully realized, policy will be needed. The unique dynamics of the aviation industry mean the best policy solutions will be at the federal level. Amongst the potential federal policy available options are some clear winners — such as an SAF tax credit. So, companies calling for more SAF availability also must stand up alongside producers such as Neste to advocate for this.

At this stage, globally, more than 40 airlines already have implemented SAF at some level, with an estimated 200,000 commercial flights using SAF since 2011 and 1.6 billion gallons of SAF committed to forward purchasing agreements. Some of the most exciting work is happening in the United States.

Since August, Neste has been safely delivering a continuous supply of sustainable aviation fuel to San Francisco International Airport, a milestone the airport has called a "climate quantum leap." Thanks to this arrangement, commercial volumes of SAF are available to the commercial, cargo or business aviation entities that operate at SFO.

Alaska Airlines, American Airlines and JetBlue Airways became the first major U.S. airlines to commit to adopt Neste’s SAF at SFO, building on their strong track records of sustainability. All three airlines took their first deliveries of Neste’s SAF at SFO within the last few weeks.

The future is greener

Neste sees significant growth potential for renewable fuels in the aviation market. Demand is there — from airlines, business aviation organizations and end customers.

The future of air travel is clear: It will pick back up, be sustainable and increasingly run on SAF. Air travel allows us to connect with nature, experience diverse cultures and be with loved ones, so it's critical we work together to get more planes running on SAF instead of fossil jet fuel.

It’s clear the important role that air travel plays in connecting people and cultures as well as supporting a global economy. As engines begin to roar, and planes begin to take off again across the world, the time to allow SAF to finally spread its wings is now. 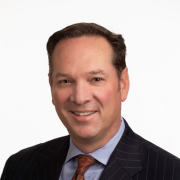 See all by Chris Cooper