Sustainable business at a crossroads, again

In 2008, when MIT Sloan Management Review and the Boston Consulting Group began their sustainability research program, it was the start of the Great Recession, and pundits were predicting the end of sustainability on the assumption that executives would turn away from corporate social responsibility initiatives in favor of "making money."

But our survey results in that first year held a surprise. Contrary to common wisdom, a large number of companies were doubling down on, rather than abandoning, their sustainability commitments.

Investing in business sustainability turned out to be a good bet. Today, more than a dozen companies, from Walmart to Toyota, have billion-dollar sustainable business lines — making money indeed.

But eight years on, these so-called "green giants" are still in the minority.

MIT SMR’s latest report, "Corporate Sustainability at a Crossroads," shows that most businesses have yet to crack the sustainability code. And now, after our eight annual surveys of tens of thousands of managers and more than 150 thought-leader interviews, we know why: Sustainability success requires a long-term, strategic-level commitment combined with business model innovation that goes way beyond changing light bulbs or charitable giving. Many managers understandably recoil from this level of sustainability commitment.

This brings us to the crossroads, because the election of Donald Trump seems to offer businesses a way out.

The temptation to maximize short-term returns at the expense of long-term sustainability gains is unmistakable. While our work shows progress over the last eight years, it is uneven and insufficient. Countering the risk of a sustainable business backslide requires helping executives see the business value in sustainability. While the path is not completely clear, we have learned a lot about what it takes to make sustainability pay off.

How to be sustainable

As Michael Porter, founder of the Institute for Strategy and Competitiveness at Harvard Business School, stated, "The essence of strategy is choosing what not to do," and this applies to sustainability as well. We have found that companies profiting from sustainability preferentially focus on material sustainability concerns. Those doing so report 50 percent more profit compared with those that don’t.

This makes sense. It’s nice to sport pink ribbons or produce a glossy sustainability report, but these actions have little connection to the underlying business. Walmart’s fleet of 6,000 trucks, however, logs millions of road miles annually. By committing to double its fuel efficiency, Walmart not only halved their environmental impact, the company also saved $1 billion a year. That’s the power of a material focus.

If identifying material issues is the first step, acting on them is the second. However, we’ve found that many managers get tripped up on the so-called "business case for sustainability." Our work shows that companies with a business case are more likely to profit from sustainability, which is great, but only a quarter of businesses say they have one.

The solution lies in innovation, but not mere technological innovation. Our work shows that business model innovation is required. And more is better. Fifty-nine percent of companies that profited from sustainability had changed three or more aspects of their business model, most often in their value chain and customer offerings.

Business model innovation is a big step, but succeeding in sustainability doesn’t stop there. As Unilever’s Paul Polman explained in The Guardian, "The issues we face are so big and the targets are so challenging that we cannot do it alone. When you look at any issue, such as food or water scarcity, it is very clear that no individual institution, government or company can provide the solution.”

Executives recognize this, with 90 percent of companies saying collaborations are necessary to succeed with sustainability. But it’s hard: Less than half the companies we surveyed are collaborating, and of those, less than two-thirds say they are successful.

It’s not hard to understand why. Business-to-business collaboration is already challenging before you bring in politicians, union leaders, community groups and activists. Take the Roundtable Sustainable Palm Oil (RSPO), which is working to set global sustainability standards for palm oil production. The RSPO counts over 3,000 worldwide members encompassing the entire palm oil business system, from oil producers to consumer brands to retailers to bankers to regulators to community groups to NGOs and activists.

Navigating successfully in venues such as these requires a whole set of managerial skills not taught in business schools.

Despite the populist, deregulatory backlash, even once-skeptical groups are recognizing that sustainability is not going away. Our report last year showed that investors now recognize the role sustainability plays in financial returns and are bringing that understanding to investment decisions. Millennials too are famously seeking material gain, but also meaning in their work and careers. For many of this generation, sustainability is a baseline expectation of their employers. All of this means that backing off sustainability commitments is risky.

Worse, history shows that the deregulators may be setting themselves up for failure. In the 1980s, the Reagan administration pursued a similar deregulation path, getting government "off the backs of business." Many executives cheered, assuming that if the regulations went away, the sustainability problems would go away, too. But the problems didn’t go away. Instead, they festered, and new social forces arose to coerce companies to confront the problems.

Back to the future: Denying climate change will not cool the planet. Banning immigrants will not bring jobs back to a dying coal industry. And ignoring or suppressing scientific consensus may allow companies to dump toxic chemicals into a local river, but don’t imagine there won’t be a price to pay for the environmental damage (or its effects on public health and local economies).

Success in business sustainability is all about creating — and upholding — commitments that advance our common future. 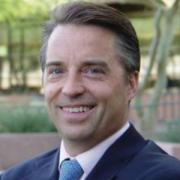 4 steps for starting a sustainable revolution in your company

See all by Gregory Unruh