The next two decades will see massive, transformational investments in energy infrastructure around the world as populations grow, cities expand and aging assets get replaced as they come to their end of life.

The universal nature of the challenge of Sustainable Development Goal No. 7, "Ensure access to affordable, reliable and sustainable energy for all," means that both the developed and developing parts of the world will be faced with big decisions about how to best provide sustainable solutions to meet society’s energy needs. Much of that debate already is taking place, largely linked to concerns around climate change (the focus of another SDG in its own right).

But if we focus for a moment on the challenge of simply providing access to modern forms of energy for all, the biggest decisions and most far-reaching and dramatic developments in the energy landscape undoubtedly will occur in the developing world, particularly Sub-Saharan Africa. Here’s why.

According to the latest International Energy Agency assessment, about 1.3 billion people currently have no access to electricity worldwide, 97 percent of who live in Sub-Saharan Africa and developing Asia. That’s a population four times the size of the population of the United States, more than twice the population of the European Union countries and equivalent to the entire OECD combined.

The lack of access to modern energy services is exceptionally stark in Sub-Saharan Africa, which has the world’s largest population without access to electricity (about 621 million people, followed closely by developing Asia), where the rates of urban and rural electrification (at 59 percent and 16 percent respectively) are the lowest on average in the world.

By contrast, Latin America has a 99 percent urban and 82 percent rural electrification rate, the Middle East 98 percent and 78 percent and developing Asia 95 percent and 75 percent, respectively.

Estimates suggest that while around 950 million people may gain access over the next few decades, demographic expansion will mean that an estimated 75 percent of Sub-Saharan Africa’s population will be without power in 2040. That’s more people in Sub-Saharan Africa without access to electricity in 2040 than today — not a great prognosis for SDG 7. The scale of the challenge has created the space and the imperative for more innovative, creative and collaborative approaches (involving both public and private sector partners) focused on developing and delivering modern, sustainable energy solutions across the continent.

Some interesting examples that suggest a way forward include:

SE4All — a global initiative launched by the U.N. in 2011 to drive the agenda forward — recently published a report titled "Scaling Up Finance for Sustainable Energy Investments," released at the Third International Conference on Financing for Development in Addis Ababa, Ethiopia.

The report suggests that investment from both public and private sectors will need to triple to more than $1 trillion per year to meet the goal of sustainable energy for all by 2030. The African Development Bank separately has estimated that funding of around $42 billion per year will be needed to meet Africa’s energy demand by 2040, including a tenfold increase in private investment over current levels.

How can business make a difference?

Clearly a step change in investment is required for the aspirations of SDG 7 to be anywhere close to being realized — especially in Sub-Saharan Africa. It’s also very clear that the private sector has an increasingly important role to play — providing not just the capital, but the ideas and entrepreneurial resources — to ensure that the goal of access to affordable, reliable and sustainable energy for all by 2030 doesn’t simply become a dream deferred.

Aligned with national priorities, funded by regional and international development banks and developed by a local consortium of businesses — with reports that Google, whose African headquarters is being established in Nairobi, is also in negotiations to become an investor — this project is hoped to inspire a new wave of bankable and inventive energy projects designed to meet the region’s growing energy needs sustainably.

If so, and if the inherent challenge of balancing the need for modern renewable energy sources with affordability and reliability can be overcome, the future will indeed be bright (and clean) for Sub-Saharan Africa.

As part of the SDGs 2015 series, Corporate Citizenship is collecting practitioner views about the implications of the SDGs for business. Have your say and complete the short survey here. 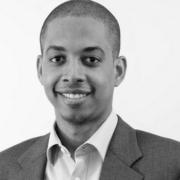 See all by Yohan Hill