The Poseidon loan model is gaining popularity because it sets a clear language of ambition and target-setting but also supports robust and well-informed client engagement.

We cannot overstate how crucial oceans are to sustaining human life. They produce over half of the world’s oxygen and absorb 50 times more carbon dioxide than our atmosphere.

Staff at RMI’s Center for Climate-Aligned Finance analyzed how financial institutions are helping shape the shipping sector’s decarbonization journey through the Poseidon Principles. The Poseidon Principles, the world’s first climate alignment agreement launched in June 2019, are a framework for responsible maritime shipping finance. They establish a robust framework for quantitatively assessing whether financial institutions’ ship finance portfolios are in line with the climate targets agreed upon by the International Maritime Organization (IMO), the United Nations body that oversees international shipping.

Under the Poseidon Principles, signatories commit to assess and disclose the climate alignment of their shipping portfolios and work to bring their portfolios in line with climate targets. Poseidon-linked loans incentivize borrowers (shipowners) to decarbonize their fleets by lowering their interest rate as they decrease their fleets’ emissions.

Our analysis surfaced two key trends. First, though the market for these new sustainability-linked shipping loans is nascent, it is growing quickly. Second, climate alignment agreements like the Poseidon Principles can help financial institutions implement their climate goals.

For example, banks are beginning to tackle their 2050 net-zero target by using Poseidon to identify and address emissions hotspots in their loan portfolios. Although much work remains, climate-aligned ship finance in the first half of 2021 has the wind in its sails.

A wave of deals

By the end of 2020, 20 banks had signed the Poseidon Principles, and seven more have joined since, including five large Japanese institutions: Sumitomo Mitsui Finance & Leasing in January; Sumitomo Mitsui Banking Corporation in February; Shinsei Bank and MUFG Bank in March; and Development Bank of Japan in May. Standard Chartered was another new high-profile signatory, joining Poseidon in April. In total, the 27 banking signatories represent around $185 billion, or about half of global ship finance.

As the number of Poseidon signatories has grown, so has the scale of deal flow. Poseidon signatories issued over $1.2 billion in sustainable maritime ship financing in 2020. Already in the first half of 2021, banks have issued almost $1 billion in Poseidon-linked debt, including new kinds of financial instruments beyond just loans.

Already in the first half of 2021, banks have issued almost $1 billion in Poseidon-linked debt, including new kinds of financial instruments beyond just loans.

In April, Antwerp-headquartered crude oil tanker company Euronav sealed a $95 million revolving credit facility from a seven-bank consortium. The deal was supported by a loan guarantee from Gigarant.

But the biggest deal of the year so far came in May, when Hong Kong-based Seaspan signed a $500 million bond financing from over 20 institutional investors. The bond deal — structured as a private placement — proved popular to investors and was the largest reported U.S. private placement in shipping, according to Seaspan.

The bonds have an average interest rate of 4.1 percent, and the rate can be adjusted based on the fleet’s carbon intensity as well as Seaspan’s ability to entice ship charterers to include sustainability-linked provisions going forward. It was notable to see an American bank, Citi, as sole structuring agent as European firms have largely led the sector. Société Générale served as lead sustainability coordinator.

Beyond deal flow, the Poseidon Principles help bankers deepen their engagement with clients. For instance, because the Poseidon disclosure framework helps identify which shipowners and/or vessel designs are best performing, lenders can market products such as retrofit financing to the clients who need them most. With the insights from the disclosure data, financial institutions can also pitch technical advisory services to their shipping sector clients. Poseidon has enriched the dialogue between shipping lenders and borrowers and turned financial institutions into providers of climate solutions as well as financial solutions.

It is no surprise then that lenders to other high-emitting industries are taking notice — particularly in steel and aviation. The center is convening six banks to develop a climate-aligned finance agreement to support steel sector decarbonization. The banks have formed a working group (led by ING and co-led by Société Générale) to hammer out a "Poseidon for steel finance" with a target launch date of COP26.

The pieces are falling into place in the aviation sector too, with RMI working with major financial players to lay the groundwork for a "Poseidon of aviation finance," with the aim to launch a working group in Q4 this year. Additionally, RMI and Environmental Defense Fund launched the Sustainable Aviation Buyers Alliance (SABA) in April. SABA aims to drive investment in sustainable aviation fuel and support member engagement in policy-making; SABA founding members include JPMorgan Chase and Bank of America.

The trends so far in 2021 show the Poseidon-based debt market continuing to grow. We will provide another update in December following the release of the second annual "Poseidon Principles Climate Alignment Report." Meanwhile, the Poseidon model (assessing and disclosure of the climate alignment of high-emitting portfolios) is becoming increasingly popular with financial institutions trying to implement their own net-zero commitments.

The implementation aspect is crucial: Climate alignment agreements such as Poseidon help financial institutions take immediate actions to decarbonize their portfolios and achieve their climate goals. The model is gaining popularity because it sets a clear language of ambition and target-setting but also supports robust and well-informed client engagement. Poseidon and agreements like it chart a path for financial institutions to move from setting climate targets to meeting them. 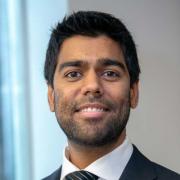 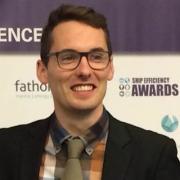 Private financial institutions are stepping in to decarbonize steel

Shipping industry reports it's on track for sector's decarbonization goals

See all by Shravan Bhat