After two decades of development, countless environmental nanotechnologies are fast approaching commercial viability -- and the companies behind them have the potential to redefine the clean tech sector.

In 2000, when Patti Glaza first started diving into nanotechnology, clean tech wasn't even a term yet, she recalls. "No one was thinking too much about oil being at $200 per barrel," says the executive director of the Clean Technology and Sustainable Industries Organization, which tracks the development of the nanotechnology sector. " There was still a lot of research going on in areas such as solid-state lighting, but things were still pretty research-led, because there wasn't necessarily a true, breaking need for change."

But as energy has become more of a concern, and the world began worrying about water scarcity, priorities altered. "A couple of years ago, people still questioned that," she says. "They saw oil go up, but said that it was transitional. People don't feel that way any more."

That has led to a large demand for nanotechnology research in the clean tech space. Lux Research, which analyzes emergent technologies, recently finished a survey on venture funding in nanotechnology. It found that $227.2 million was given to energy and environmental development -- almost a third of the $750 million in venture funding currently being pumped into the nanotechnology field.

It's no wonder that there is a lot of interest in this branch of science. Engineering at the nanoscale opens up new opportunities in materials science. For example, surface area can be dramatically increased, explains Andrew Maynard, who served as chief science adviser to the Project on Emerging Nanotechnologies. Working with smaller particles enables manufacturers to make materials more effective by manipulating the surface area. "You can change the reactivity of the surface, making materials far more reactive by making their particles smaller," he says. "That's because with small particles, there are far more atoms at the surface than there are buried inside."

Nanotechnology also allows the creation of new materials such as carbon nano tubes. These are both very light, and stronger than steel. "Composite's are important because of their light weight," says Glaza. "Using nano composite in air planes and cars can help to reduce energy consumption."

Jurron Bradley, senior analyst for nanotechnology at Lux Research, divides clean tech into five different areas: energy, air, water, waste, and sustainability. Nanotechnology has applications in all of these areas, he says. Ceramic-based filters can be used to remove arsenic, lead, and phosphates from water. "Nanostructure ceramic membranes can also be used for desalination," he says. People are working on carbon nano tube gas sensors to monitor the air, along with silver nano particle-enhanced filters.

However, energy is a particularly fruitful area of clean tech for nanotechnology companies. "What floats to the top of the pile is the use of nanotechnologies in battery technology, which is starting to enable far more powerful and efficient batteries," says Maynard.

Battery manufacturer A123 Systems, for example, uses nanoscale technology developed at MIT for its batteries, while researchers at Stanford University have proposed batteries that use silicon nanowires to deliver ten times the capacity of today's cells.

Bradley also predicts work on nanotechnology for fuel-based additives, to help increase the efficiency of diesel, for example. "Companies are working on nano additives to reduce emissions, too," he says.

When it comes to environmental cleanup -- what Maynard calls environmental remediation -- companies are using nano particles to clear up contaminated water. "Research was done to create nanometre sized iron particles that remove the organic contaminants from the water," he says. Researchers at Rice University and other private organisations have made advances in this area. "You can get them to places where it is hard to deliver most materials, and there are a lot of atoms on the surface area," explains Maynard.

Bradley believes that we are about to see an uptick in revenues from nano-based materials, along with the emergence of intermediate and end products. He expects to see a surge of activity from 2011. "It's your typical timeline to new technologies," he observes. "Take a look at emergent technologies in the past, and you'll typically see a huge uptake after 20 years, and we are getting to that point in nanotechnology." He expects to see some of that trickle through to clean tech, although one challenge will be the commercialisation timeline. Many areas of clean tech are heavily regulated, he warns.

Commercialization is currently an area of heavy development, according to Glaza. "We have evolved from science to engineering," she says, explaining that companies are now consistently working out how to scale up manufacturing operations while retaining consistent quality. "We need to produce corporate-sized quantities at a cost that makes sense."

While the private sector mulls those challenges, governments are helping with research in the field. In 2003, the U.S. passed the 21st Century Nanotechnology Research and Development Act, which authorised billions of dollars in expenditures for participating agencies.

However, as the industry continues to push technological boundaries in the field, it faces some very human problems. Bradley warns that there is a crowded intellectual property space, particularly in areas such as energy applications, which could lead to legal problems down the line as patent disputes sprout up.

Environmental health and safety issues are also a real concern. "There is both the real and the perceptual risk," counsels Bradley. "The public tends not to be well-informed, and false information can get out." That can adversely affect the acceptance of products and services based on nanotechnology.

Nevertheless, as a scientific field with much more to contribute, the applications coming down the pipeline could be stunning. One particular application thrills Maynard -- the idea of creating ink with nano particles on a specific surface, which could lead to printable electronics. "You normally have to go through a costly process to produce a photovoltaic cell, but you could soon use something akin to an inkjet printer," he says. Moreover, a version of this approach is already up and running with U.S. firm Nanosolar using nanoparticles for roll-to-roll solar film processing.

Such ideas used to be the stuff of science fiction, but they are fast becoming fact -- and the clean tech industry will never be the same again. 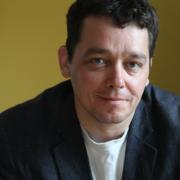