Systems change is harder than it looks: Systems shift may be the answer

Three cases that demonstrate how a step-by-step approach can lead to positive system shifts which result in transformative change.

Engineer Edward Demings observed that decades ago. Don’t like the results? Change the system.

Potential systems change exists on a continuum, from wholesale system destruction and reconstruction to incremental system shifts. The former is often due to human (war, insurrection) or natural (floods, earthquakes, storms, flooding, drought, pandemic) events in which a system comes crashing down and requires rebuilding.

The latter shifts a system steadily over time — not comfortable but not devastating to the system. When we live in a system that requires change, this approach is more likely to advance the improvements we wish to see and less likely to leave human, capital and natural havoc in its wake.

It is important to understand that a longstanding system operates at a point of equilibrium: the status quo. In biology, that is known as homeostasis; in statistics, regression to the mean. Physical and biological systems revert to equilibrium unless pushed to a new set point — so do social and economic systems. (In 1997, Clayton Christensen popularized the notion of organizational "antibodies" in his classic work "The Innovator’s Dilemma.")

It is also important to note that systems change on a societal scale is not a one-way game — it is not only the internal forces that need to be overcome. Rather, it’s a competitive game with others trying to drive the system — in the opposite direction — to other set points at the same time (Figure 1). We need to encourage and applaud efforts to drive "systems shift" for achieving sustainable development, even as we may long for complete systems change.

Systems shift doesn’t have the sensational call to arms that "blowing up" a system has, but that’s the point. It requires long vision, quiet courage and the willingness to collaborate with anyone (friend or foe) to positively shift the system so it produces the results closer to what we want and can be sustained as a new normal on the journey to sustainability.

We advocate for the concept of systems shift for sustainable development for two simple reasons. First, a wholesale disruption is no guarantee that our financial, social and political systems will be rebuilt or rebuilt better — the current state of global institutions and governments is not likely up to the task. More likely, such disruption could lead to shambles that disrupt further progress toward the goal. How sustainable is business in a war zone or in a war involving current supplies of energy that underpin major economies?

Second, incremental shifts are more likely to be ingrained, and there is evidence that courageous leadership and collaboration across sectors, including business, can lead to more reliable, accepted and sustainable results.

Systems shift doesn’t have the sensational call to arms that 'blowing up' a system has, but that’s the point. It requires long vision, quiet courage and the willingness to collaborate with anyone (friend or foe) to positively shift the system ...

A shift also sounds easy. It’s not. Moving a system still requires a break in the gravitational forces that reinforce the system, and such movement is likely to activate the system’s natural antibodies to prevent such movement. It requires both a collective force to move positively and a willingness to address countervailing forces that seek to prevent the shift.

The focus of this article is how financial systems can shift toward more sustainable development through sustainable companies, driven at least in part by the demands of their investors. While the same approach could be applied to any system, we chose to focus on finance for two reasons: to demonstrate the step-by-step approach required to effectively shift the system; and because the financial system is a high point of leverage, driving change in other systems.

Systems shift requires insight into the existing system, courage to speak the truth, persuasion to attract collaborators, intervention at key points, innovation to redefine and reframe problems as opportunities, and the collective backing to solidify changes and build new system reinforcements to secure and consolidate the gain.

We highlight three cases of such shifts, two that have delivered significant change over time and one that holds great promise: Ceres/Global Reporting Initiative; Financial Stability Board/Taskforce on Climate-related Financial Disclosures, and the World Benchmarking Alliance.

In each case, leaders from inside the system, who benefitted from the system, were able to stand apart from it and identify the key point of intervention, which in each case turned out to be bringing greater transparency to the systems and players within it.

Ceres was founded in 1989 when pioneering impact investor Joan Bavaria (then president of Trillium Asset Management) formed the Coalition for Environmentally Responsible Economies (then known as CERES) in collaboration with leading environmentalists with the goal of changing corporate environmental practices.

The defining event that galvanized Ceres was the Exxon Valdez environmental disaster. Until that time, relationships between environmentalists and businesses had been almost entirely adversarial. One of its first accomplishments was to establish a core set of principles (the CERES Principles) and persuade key multinationals to adopt them. Ceres also started the Global Reporting Initiative (GRI) out of the need for greater transparency with regard to sustainability and to set the first guidelines.

As demand and uptake for the reporting guidelines grew, GRI spun off as an independent nonprofit in 2002 and transitioned to setting the first global standards for sustainability reporting. In 2021, GRI partnered with the Sustainable Accounting Standards Board (SASB) to produce "A Practical Guide for Sustainability Reporting Using GRI and SASB Standards." GRI supports comprehensive disclosures on organizational impacts (socially, environmentally), and SASB focuses on a subset of financially material issues. The elements for the triple bottom line are in place.

Moving a system still requires a break in the gravitational forces that reinforce the system, and such movement is likely to activate the system’s natural antibodies to prevent such movement.

In 1989, few people could even imagine such an approach. Today, mainstream investors use GRI data to identify companies with strong performance on environmental, social and governance (ESG) factors because positive performance on those factors most material to a firm have been directly correlated with superior financial performance. Not every company adheres to these reporting standards, but the framework is becoming increasingly commonplace, and the continued positive reinforcement and recognition of companies entering this group helps to push these positions toward "normal business."

Ceres and GRI set into motion a true systems shift of high and lasting impact. They could only have achieved that through a strong commitment to collaboration with a wide variety of stakeholders. This shift did not fix all the problems and challenges, but it changed the game by developing common sustainability reporting guidelines and standards.

The Financial Stability Board (FSB) established the Taskforce on Climate-related Financial Disclosures (TCFD) under the leadership of Mark Carney (Bank of England) and Michael Bloomberg (Bloomberg LP) in recognition of climate change being a non-diversifiable financial risk that will have a negative financial impact on companies’ revenues, expenditures, assets and liabilities, and financing.

The disclosure, however, did not drive change until leading investors started to use the data and increasingly demand that companies make such disclosures. By normalizing the expectation of climate-related disclosures within business, determined by the stakeholders of the system, TCFD helped create a virtuous reinforcing loop that provides the necessary political cover for policymakers to codify the recommendations, thereby consolidating and securing the positive movement and requiring more businesses to disclose.

The FSB/TCFD guidelines started with the GRI and SASB guidelines but went deep and specific into climate strategy, climate risks and opportunities, and corporate climate assumptions. The core group defining the guidelines were financial institutions, insurers, investors and leading companies already managing climate risks on a corporate level.

This group created a very powerful and informative set of guidelines that have been adopted broadly and are being used by hundreds of companies. It took the reporting of climate risks to a whole new level, and while it didn’t solve everything, it did provide a powerful systems shift that promises to be long lasting.

On March 21, the U.S. Securities and Exchange Commission (SEC) released a proposed rule, "The Enhancement and Standardization of Climate-related Disclosures for Investors," for which it will accept public comment until June 17. The proposed enhanced disclosure requirements draw directly from groups dedicated to developing effective climate-related disclosures, including the TCFD.

The World Benchmarking Alliance (WBA) takes system shift to the next level by aggregating the aggregators, including organizations such as Ceres. It acknowledges that we cannot understand or change a system by simply addressing its individual parts and thus operates "as an alliance of users, shapers, amplifiers and influencers through a set of collective impact coalitions."

WBA sets benchmarks for companies in key industries to strengthen accountability and performance on the most material issues in those industries. Once again, these benchmarks provide greater insight for investors. Using the data and insights generated by these types of courageous collaborations, financiers will reward those moving toward more sustainable investments and businesses.

Sustainability leader and formeerUnilever CEO Paul Polman wrote: "The financial community really is in the pole position to help us live within our planetary boundaries — a key enabler here being the move to more open and transparent reporting and the building in of externalities. If you ‘measure what you treasure,’ you automatically drive greater accountability for the system changes need to shift, for example, to a zero-carbon economy."

We live in a system that requires change. These three cases (first Ceres and GRI, then FSB/TCFD, now WBA) demonstrate how a step-by-step approach can lead to positive shifts over time, with appropriate collaboration and deliberate action. In each case, the work was built on the foundation of the earlier efforts and their leaders.

Without the courage of the first leaders of Ceres, there would have been no Global Reporting Initiative, but with GRI, insight into risks caused by climate change was possible. That insight provided the foundation for the next phase of leadership at the FSB to set the scene for codification of climate risk through the TCFD, which has resulted in the development of rules and guidelines in both the European Union and the United States.

With support from multiple industries (and the reinforcing mechanisms of expected disclosure), the scene is set for deeper dives into industry-specific guidelines and benchmarks, the work of the WBA.

That’s just the kind of shift we need — that the system needs.

It starts with vision, courageous leadership and a willingness to collaborate. We need to embrace, recognize and reinforce these system shifts. Alone, each step is insufficient, but together they represent the transformative change that is essential to achieve sustainable development. Such collective, strategic and collaborative incremental adjustments are transformative change.

"Systems Change Is Harder Than It Looks: Systems Shift May Be the Answer" by Laura E. Asiala and Neil C. Hawkins was originally published in Amplify by Cutter, an Arthur D. Little Community, volume 35, no. 4, 2022. The entire publication may be accessed here. 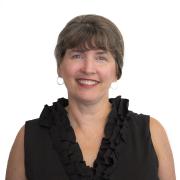 See all by Laura Asiala