Taking the trash out of takeout: How the founder of GreenToGo is forging a local circular economy

Imagine checking out a takeout container as you would a library book. Instead of a Styrofoam clamshell that you have to throw out, you’d get a reusable box that you’d return for cleaning and redistribution to another diner.

That’s the idea behind Durham, North Carolina's GreenToGo reusable takeout container service, which operates in local restaurants. Members use the GreenToGo mobile app to check out a reusable box for their takeout or leftovers from participating restaurants. Once they’re done with the box, they drop it back off, and it gets sanitized and returned, ready for the next customer.

GreenToGo's mission is to disrupt the status quo of our take-and-trash economy, and to inspire and proliferate the circular economy everywhere. Since its launch in 2017, its containers have been used over 2,000 times, and it’s been featured in "Fast Company" and on "PBS NewsHour."

Bard MBA alum Amy Campbell Bogie spoke with GreenToGo Founder Crystal Dreisbach about the heartfelt letter that launched the service, the factors that have contributed to its success and being a solutionary.

Amy Campbell Bogie: You describe yourself as a solutionary entrepreneur. What led you to create GreenToGo?

Crystal Dreisbach: I spent many years as a public health researcher, and in 2011 I started writing to all of my favorite local restaurants about Styrofoam. It’s always really bothered me — disposable plastics, and especially Styrofoam due to its negative health, environmental and economic impacts — and I thought that maybe some of the restaurants would change their minds if they knew the facts.

So, I put together a fact sheet and a heartfelt letter. I told them that I’d be even more proud to eat at their restaurant if they switched to a more sustainable option. I probably wrote 200 of those letters, and when one restaurant wrote back, I was so excited! They said that they’d been considering switching to a compostable box, but it was really my letter that pushed them make the decision to do it.

My heart was full of joy, and I realized that there were so many things that we could be doing to get rid of Styrofoam and single-use disposables. After getting Durham’s reuse and the waste reduction communities together, one of the ideas that came up was a reusable takeout container service.

Durham is a great place to start something like that because it’s a foodie town. It’s very progressive and celebrates innovation, so we thought what the heck, let’s give it a shot. We did a Kickstarter and people were really excited, which validated the community enthusiasm for the project.

The reason I consider myself a solutionary is that when I see a problem, I look in the community to make sure that we’re not duplicating efforts or recreating the wheel — that we are really filling a need and that people are enthusiastic about it. When we get community traction for a solution, I love it.

Bogie: You mentioned that Durham is a foodie town. what else has contributed to GreenToGo’s success locally?

Dreisbach: I think it comes down to relationships. This is a town in which, if you put in some effort, you can make a lot of impact. People are very collegial and collaborative. When you meet with someone to talk about your idea, they want to connect you to others. So it’s the relationships we’ve built and a lot of strategic partnerships.

We couldn’t have done this, for example, without a very open-minded and helpful Durham County Health Department and without our wash facility partner. Getting stakeholder buy-in really helps an idea be adopted and accepted.

Bogie: Are you seeing good adoption, and are others looking to pick up this model, both locally and nationally?

Dreisbach: At the moment [October], we have 550 users in Durham checking out and returning containers. The community has a lot of ownership over this project, and we’ve gotten positive feedback that this is something that’s been needed for a long time.

Nationwide, we received a lot of emails after we were featured on "PBS NewsHour." A lot of people said, "Can you teach us how to do it, can you expand to our city?" So, we’re putting together a webinar series and a toolkit to teach the world how to do it. We plan to open source our knowledge to help proliferate reuse systems everywhere.

Bogie: Partnerships play a central role to the success of GreenToGo and Don’t Waste Durham. What advice do you have for others looking to start similar grassroots initiatives?

Dreisbach: When we tried to ban Styrofoam locally and weren’t able to, I thought, "I’m not going to give up — there are so many other ways to tackle the issue of waste through grassroots efforts and awareness raising."

Advice for other people looking to start similar efforts would be to go to all the meetings you can that have anything to do with waste reduction. See what’s already going on and what needs are still unmet. If something’s already happening, join the existing efforts and make them even stronger. If there are gaps, be solutionary and create what’s missing so that the people will come and the needs will be met. 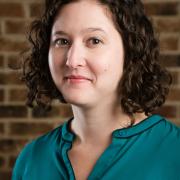 Inside the app that rewards sustainable behavior

See all by Amy Campbell Bogie