Tallying the costs of stormwater pollution

Tallying the costs of stormwater pollution

In these times of drought, following regulations to keep our drinking water safe is more important than ever. Storm water management has a long history worth reviewing.

In the 1980s, the EPA conducted a Nationwide Urban Runoff Program study to determine the extent to which urban runoff contributed to water quality problems and to evaluate practices for controlling urban runoff. The NURP study recommended that urban stormwater runoff be added to the list of environmental issues which require controls to protect water quality.

Damages caused by elevated flows from urban areas, erosion and aquatic habitat destruction, as well as flooding, were relatively easy to mitigate and control. However, documenting concentrations of potentially toxic pollutants required intensive collection of water quality samples during storm events. The NURP study added more evidence about the high levels of some pollutants found in urban runoff.

What is a 'point source'?

The study identified “point sources” as the leading cause of stormwater pollution and contamination to our nation’s waterbodies. The EPA defines point source pollution as “any single identifiable source of pollution from which pollutants are discharged, such as a pipe, ditch, ship or factory smokestack.”

Factories and sewage treatment plants are two common types of point sources. Industrial manufacturers such as oil refineries, pulp and paper mills, chemical formulation facilities and electronics and automobile manufacturers typically discharge one or more pollutants from their facilities into waterbodies. 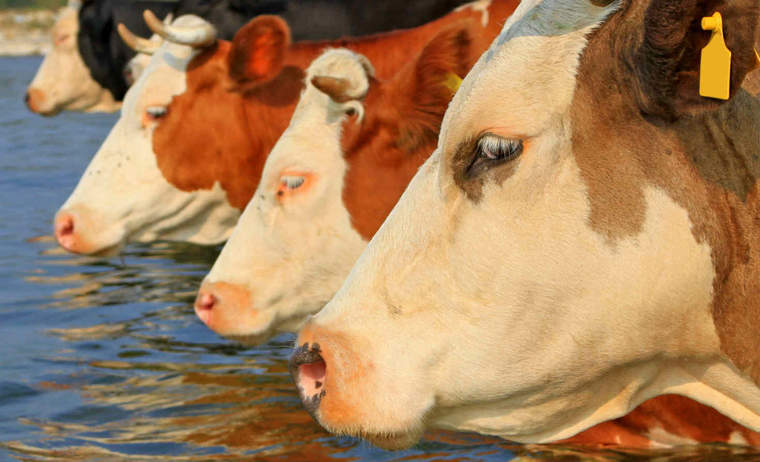 Large farms that raise livestock, such as cows, pigs and chickens, are other sources of point source pollution. These types of farms are known as concentrated animal feeding operations. If CAFOs do not treat their animals' waste materials, these substances can enter nearby water bodies as raw sewage, radically adding to the level and rate of pollution.

Unregulated discharges from point sources can result in water pollution and unsafe drinking water, and can restrict activities such as fishing and swimming. Some chemicals discharged by point sources are harmless, but others are toxic to humans and wildlife. Whether a discharged chemical is harmful to the aquatic environment depends on a number of factors, including the type of chemical, its concentration, the timing of its release, weather conditions and the organisms living in the area.

Addressing issues at the source 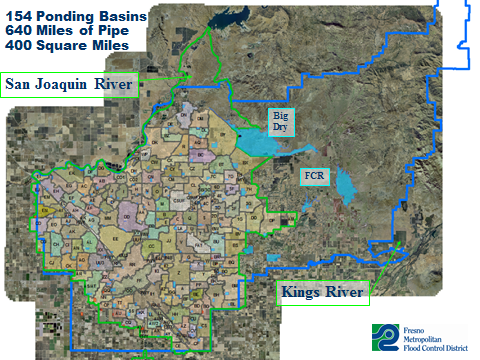 The district is home to about 650,000 people and includes both urban and agricultural land uses. The Fresno/Clovis urban area is served by a system of about 640 miles of pipeline and 154 stormwater retention/recharge basins. The basin system recharges 70 to 85 percent of the annual stormwater runoff into the local aquifer, the community’s primary water supply.

Typically, 50 to 80 percent of common stormwater pollutants settle out of runoff before storm water is discharged to canals and the San Joaquin River. Water quality monitoring of the San Joaquin River is performed regularly to determine if stormwater runoff causes or contributes to exceedances of water quality standards. Regional storm water basin systems are efficient at removing pollutants, so water quality meets standards.

The MS4 Permit is a requirement of the federal Clean Water Act, administered by the state requiring local government to control water pollution discharged within their jurisdiction. The district is the lead agency responsible for implementation of the MS4 Permit requirements in the area, along with co-permittee agencies the city of Clovis, city of Fresno, county of Fresno and California State University, Fresno.

On April 1, 2014 the State Water Resources Control Board adopted a new Industrial General Permit, which goes into effect July 1. The IGP replaces the current permit issued in 1997.

What does this mean for municipal agencies in California and for regulated industries?

Facilities with industrial activities that are not exposed to storm water will be required to obtain an annual No Exposure Certification and pay an annual certification fee ($200) to the state. NECs submitted to the SWRCB assert that industrial activities at the site are not exposed to rain water and that site-related contaminants will not be picked up by stormwater runoff and discharge off site.

In other words, the new permit is relatively significant to industrial users as it effectively brings all industries — including previously excluded “light industry,” such as wineries and printers — into the regulatory process, not just those with activities exposed to storm water.

The new IGP reflects current science and for some industrial categories, this includes Numeric Effluent Limitations (NELs). The IGP requires dischargers to sample their stormwater effluent, send the storm water samples to a lab for analysis and compare the results to statewide benchmark Numeric Action Levels. If a discharger exceeds a NAL, the discharger has to implement Exceedance Response Actions (ERAs) to address the NAL exceedance, site evaluation and report by a Qualified Industrial Stormwater Practitioner.

In addition to the stricter NEC rules, other changes include a new appendix about monitoring pollutants to Impaired Water Bodies, the establishment of Best Management Practices for preproduction plastics facilities and reporting via the state’s electronic reporting program.

Stormwater monitoring data is to be reported using California’s reporting program, Storm Water Multiple Application and Report Tracking System (SMARTS). SMARTS was developed to provide an online tool to assist dischargers in submitting their Notice of Intent, NEC, Notice of Termination and Annual Reports, as well as monitoring the status of submitted documents and viewing items such as receipt letters and fee statements. The system also will allow the Regional Board and State Board staff to process and track the discharger submitted documents.

The MS4 permit requires the District to prioritize inspections based on their threat to water quality and to inspect all facilities regulated under the IGP. 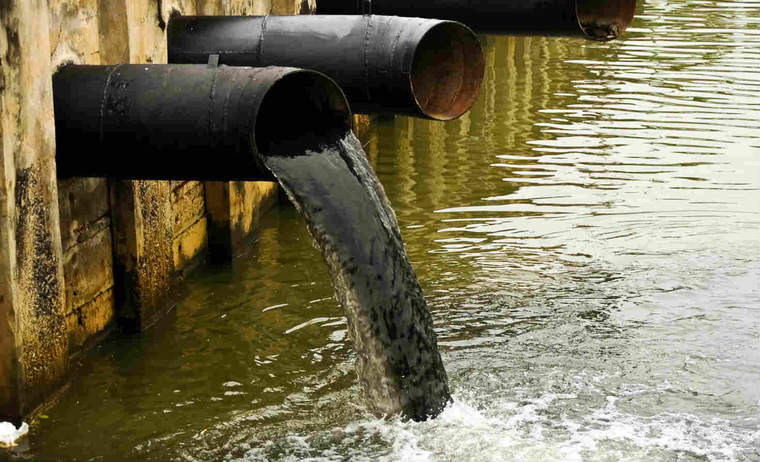 State Water Board Chair Felicia Marcus said, “This newly reissued permit will better protect water quality so that chemicals, oil and other contaminants do not get into local streams and water bodies where they can harm public health and fish and wildlife.”

The task set for municipalities throughout California is to reduce the amount of pollutants that enter the community’s watershed via the storm drain system. The Fresno Metropolitan Flood Control District is just one authority tasked to ensure industrial facilities are implementing pollution prevention measures, training employees and complying with state requirements to protect the state’s water bodies and water supplies.

The district and co-permittee agencies perform regular inspections and outreach to the development community as well as commercial and industrial facilities. The district provides stormwater regulation compliance assistance to businesses and industries. Education and outreach are the keys to reaching the main goal of simply preventing pollution from happening in the first place.

The State Water Resources Control Board has been traveling throughout California holding workshops for the IGP to address key topics, such as changes to the new permit, its schedule and how to enroll.

The revised permit expanded the types of businesses required to obtain coverage under the new permit. Whether a business is subject to the permit requirements depends upon the operation’s Standard Industrial Classification code, which categorizes each business by its primary industrial activity.

All businesses must register for coverage under the new Permit by July 1, unless a business seeks coverage through NEC; then it has until Oct. 1.

The IGP is a way for the State Water Resources Control Board to require that businesses adopt plans, practices, stormwater testing, spill clean-up methods and reporting schedules that demonstrate that the site is being operated in a way that safeguards water quality. In the Fresno region, storm water running off from most industrial and commercial operations flows to the regional stormwater management basin system, where most of the water soaks in and recharges the water table, eventually becoming drinking and irrigation water.

The Fresno Metropolitan Flood Control District is doing everything possible to make sure that our most valuable natural resource is preserved now and into the future.

Sustainability: Coming to a platform near you

D.C. stormwater credit could be a role model for other cities

The Major Dividends Cities Reap from Investing in Green Infrastructure

Cities are finally treating water as a resource, not a nuisance