Life’s genome is a vast repository of ancient knowledge. After 3.8 billion years of scrambling, shifting and selecting ideas that work, the diversity is staggering. Today, we’ve named 1.6 million species, and every year, scientists report 15,000 more. New species turn up in forgotten museum drawers — it’s hard to keep pace. Just a spoonful of soil contains 10,000 bacteria — many new to science — and each one contains a unique toolkit of adaptations honed by billions of years of trial and error.

The ancestors of every creature alive today spent billions of years inventing new ways to make a living. In the quest to find prey and avoid becoming it, mate and raise young to mating age, those pioneers found open niches — new ground on which to set seed and spread. Their descendants’ dazzling array of strategies and structures are our collective intellectual property as Earthlings — the ultimate Creative Commons.

We can ask ourselves, how would nature do it?

That commons is literally the raw feedstock for all future innovation. Back in 1930, theoretical biologist Ronald Fisher showed that a population’s ability to adapt is limited by the amount of variation natural selection has to sculpt from. Evolution requires it. Populations that lack diversity stagnate and fail, destined to blink out and disappear.

Take Daphnia water fleas (tiny aquatic crustaceans thriving in ephemeral water pans), for instance. They clone themselves merrily when conditions are good, but as soon as that pool starts to dry out, or the food in it dwindles, they switch to sex. By scrambling their genes, they increase the chance of hitting on something new, something that may save them in the future.

This reminds me of Steven Johnson’s observation that good ideas come to us in dreams from random combinations of neurons firing synchronously in our sleep. “A good idea,” he said, “is a network of thousands of neurons firing together that never fired together before.” The more diverse your experience and knowledge, and the more stimulus in your day, the more diverse your night neurons will be, and the more likely a novel idea is to spark.

Many creatures found new homes — tiny herbivores and their predators flourished. Eagles came for carrion, bears came for berries and the rivers themselves changed course.

Diversity matters — to populations, species and entire ecosystems. It catalyzes innovation, which unlocks exponential returns. These are not linear systems — they are regenerative, offering “compound returns on incremental re-investment,” if you like. Let’s face it, striving for a “more sustainable and less bad” way of life will never be sexy. But regeneration? Abundance spiraling upward in ever-widening cascades of opportunity? That’s good stuff.

Peer inside a thriving, species-rich habitat, and you’ll see a teeming pyramid of productivity, as all kinds of creatures contribute their bodies, carcasses and feces to life’s messy stew. The rich get richer, and abundance is surprising.

When a small number of wolves were reintroduced to Yellowstone National Park in the 1970s, for instance, the effects were dramatic and unexpected. Deer had stripped the valleys, but now the wolves kept them on the move. Plants proliferated under their roving influence and scattered carcasses brought microbes and nutrients to the soil. The deer declined somewhat, but mostly there were just simple changes in their behavior. The grasslands recovered, saplings sprouted and became trees. Valley forests returned and birds filled the air with song. Yellowstone’s green things took it upon themselves to spin carbon dioxide and sunlight into golden sugar, feeding a teeming pyramid in endlessly bewildering and delightful ways. Beavers came, damming rivers, creating ponds. Currents slowed, taking the time to give healthy spawning grounds, and stopped nibbling at eroding banks. Many creatures found new homes — tiny herbivores and their predators flourished. Eagles came for carrion, bears came for berries and the rivers themselves changed course. When a small number of wolves were reintroduced to Yellowstone National Park in the 1970s, the effects were dramatic and unexpected./Shutterstock.

Abundance in diverse ecosystems is exponential and surprising. What if we could mimic these pyramids in our human ecosystems? Philanthropist Peter Diamandis and journalist Steven Kotler believe we can. “Imagine a world of 9 billion people,” they wrote, “with clean water, nutritious food, affordable housing, personalized education, top-tier medical care, and non-polluting, ubiquitous energy.”

It sounds too good to be true. But Diamandis (founder of the XPRIZE, a nonprofit competition for radical humanitarian technologies) and Kotler are convinced that exponentially advancing technologies are bringing this vision to fruition. They speak of innovation explosions in high-tech — artificial intelligence, computing, renewable energy generation and storage, broadband, digital manufacture, nanomaterials and synthetic biology, among others — but also in lower-tech solutions, including water purification, vertical farming and social enterprise.

If a good idea is a diverse network of neurons firing together for the first time, then let's dig deep within our collective Earthling Commons and connect more neurons.

Because these technologies accelerate exponentially and these systems are synergistically interconnected, Diamandis and Kotler believe that, like the wolves in Yellowstone, the future will delightfully surprise us.

Maybe you’re thinking, “What a load of techno-utopian wild scat.” Well, yes, this vision is a bold one, requiring a great deal of imagination, will and optimism. I don’t know that I can drink the gee-whiz techno-Kool-Aid just yet. But one thing I do know: Without hope, we have nothing. And I also know, as a biologist, that ecosystems achieve this kind of regenerative abundance all the time. There’s really no good reason why we can’t do it too. In Glacier Bay, Alaska, for instance, a massive glacier steadily has retreated for the last 200 years, proffering open ground to any who would take it. Humble pioneering lichens and liverworts cling to bare rock there, crumbling it into soil where seeds find a purchase. Forbs and weedy opportunists sprout, stabilizing new ground for mycorrhizal fungi to settle into. Their pulsing networks bring water, nitrogen and nutrients for bigger plants. Creeping shrubs shade developing saplings, grassy tussocks capture water and shelter seeds. Alder grows, and finally gives way to magnificent and massively productive spruce forests. As futurist designer Ezio Manzini reminded us, “It is diversity that unleashes creativity, [and] it is diversity that creates conditions conducive to change.” Change we must. And so, I believe, we will.

With 9 billion people on our planet’s horizon, diversity is plentiful. But the 4 billion poorest people on Earth have been cut out of our collective imagination. Now, with cheap cell phones and microfinance, they access jobs, training, information and each other — while we access them. Corporations see dollar signs, and perhaps that is telling. When the poorest people in the world develop the technologies, services and opportunities to rise out of poverty, they become the next generation of customers and salespeople. It’s not a linear system. This is regeneration. The rich do get richer, after all. Meanwhile, vertical farms move agriculture into hydroponic “skyscraper greenhouses” that use 80 percent less land and 90 percent less water for the same amount of food production. SkyGreen’s vertical Singapore towers now feed 5 million urbanites, with crops grown and sold right where they live. On the energy front, solar is “just six doublings away from meeting 100 percent of our needs” (as Singularity University co-founder Ray Kurzweil likes to say). And now, with innovations such as Tesla’s Powerwall battery, we can bank it or go gridless. These technologies are oddly populist, relying on many distributed, decentralized, small and diverse actions and opportunities — like thousands of honeybees bringing bite-size bits of abundance to the hive.

Other innovations are barely techie at all. Social enterprises by groups such as Ashoka Changemakers and Women4Empowerment provide the poorest and most vulnerable global citizens with cell phones, microfinance and business training, handing them the tools for DIY innovation and personal enterprise. When 4 billion people no longer spend all day battling dysentery and fetching water, when they have light at night, food to eat and gainful employment, their ideas and determination will bring surprising delights. Add 3D printing, Internet access and online education, and the Rising Billion may become that spruce forest in the wake of the crushing glacier.

Ecosystems achieve this kind of regenerative abundance all the time. There’s really no good reason why we can’t do it too.

Nine billion is a lot of diversity. But our planet has so much more. Some 10 million to 30 million species face the same problems we do — thirst, hunger, the need for energy and shelter, competitors and parasites. Every species has its solutions, often more efficient to make, run and maintain than our own. Everywhere we look, Nature inspires us with her clever processes, materials and structures. What if we combine our exponential technologies with hers? As Janine Benyus says, “Why not take open innovation all the way outside?” Biomimicry is deeply synergistic with all of Diamandis and Kurzweil’s fields of innovation. For every exponential technology, be it water purification, renewable energy generation and storage, artificial intelligence, vertical farming, digital manufacture, new materials or social enterprise — we can ask ourselves, how would nature do it?

Evolution is mostly a lot of imitation, mixed with a little innovation. A lot of copying, a heaping helping of diversity and a dash of sex. That’s true for humans especially — if we are specialized for anything, it’s mimicry and mixing. It’s in our nature. And if a good idea is a diverse network of neurons firing together for the first time, then let's dig deep within our collective Earthling Commons and connect more neurons. Then, just maybe, like the wolves of Yellowstone, exponential abundance may delightfully surprise us. And I believe it will. Because our evolution requires it. 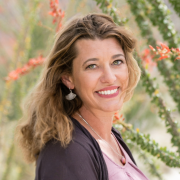 How to bioshift your organization

Why superorganism logic is an outstanding value proposition

10 amazing uses for biomimicry in business

See all by Tamsin Woolley-Barker