TD Bank, which brands itself as “America’s Most Convenient Bank,” is becoming as green as its logo. The bank achieved carbon neutral status last year, and this week it will open what it says is the first bank branch in the U.S. that generates as much energy as it uses.

The TD Bank branch in Ft. Lauderdale, Fla., has targeted the highest level of LEED certification, Platinum. More important, it goes beyond LEED to become the first zero-net energy bank building in the U.S. by installing solar panels on its roof, on the canopy over the drive-in window and on adjacent land next door.

According to the bank, "The new store…will be connected to the local utility grid, will require approximately 97,000 kilowatt-hours (kWh) of electricity a year to operate, but it will produce a minimum of 100,000 kWh a year on site."

While this is the only net-zero energy branch now open, roughly 80 percent of all of the bank’s new branches will incorporate solar power into their design, according to Jacquelynn Henke, the bank’s real estate green strategy officer.

“Net zero was the next way for us to push the envelope,” she told me by phone the other day. 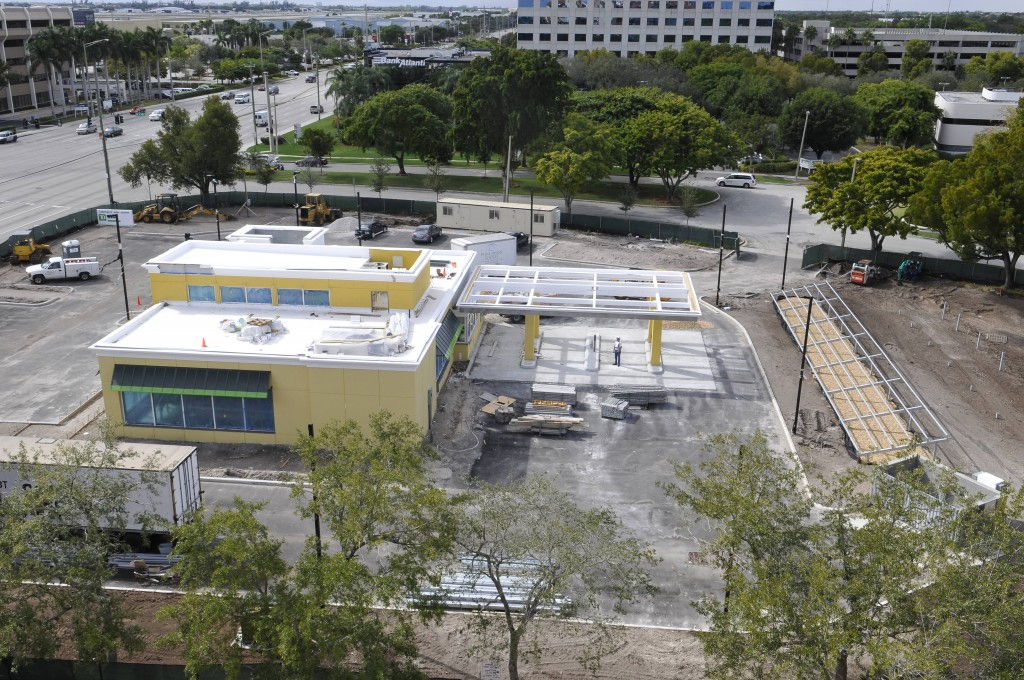 Net zero is the kind of approach we need to deal with the climate crisis. According to the Zero Energy Database from the U.S. Department of Energy, there are only eight net zero energy buildings in the U.S. The TD Bank store isn’t on the list because the DOE lists buildings that have been operating for at least a year, to prove they don’t need to pull energy from the grid.

Does this make TD Bank the greenest bank in America? Well, that’s hard to say, and it depends on the metrics you choose. Last year, GreenBiz.com, citing a study by Bank Technology News, put Citi atop the list of greenest banks because of the efficiency of its data centers and IT systems. The Bank of America tower in midtown Manhattan is one of the most efficient skyscrapers in the world and, more important, Bank of America has a 10-year, $20 billion commitment to investments that promote sustainability and deal with the threat of climate change. Arguably, a bank’s biggest impact arises from the ways it invests (or chooses not to invest) its money.

Still, TD Bank’s record is impressive. Last year, the bank purchasing renewable energy credits to meet 100 percent of its electricity needs. Last year, TD Bank (along with Whole Foods Market, Kohl’s and Motorola) was recognized as an EPA Green Power Partner of the Year. The bank’s ATMs are powered by wind energy, and it partnered with its parent company, a Canadian holding company called TD Bank Group, to participate in a “closed-loop” system of buying and recycling paper with Boise Inc.

Interestingly, Henke told me that there’s a strong business case for all of TD Bank’s green initiatives. The bank’s new stores are extremely efficient, relying on daylighting, programmable thermostats, high-end heating and cooling systems, etc., to minimize energy use. The drive-in canopy made of solar panels costs no more than a conventional canopy over a drive-in window. “That was a really big win for us,” she said.

Maybe the best thing about TD Bank’s green initiatives is that they communicate to millions of customers that going green can be good business. “Our employees are asking for it. Customers like it," Henke said. "It helps deliver shareholder value. It’s a win on all levels.”