A research team is close to patenting a new technique to extract lithium from brine that could revolutionize the lithium extraction process and potentially cut the production costs of a key component of lithium-ion batteries.

A team of researchers from Australia’s Monash University, Australia’s national science agency CSIRO, the University of Melbourne and the University of Texas at Austin have developed a new filtering technology to extract lithium ions from brine. This technology has a much higher recovery rate than current extraction techniques and cuts the extraction process time down to just a few hours from several months to years in current lithium extraction.

The new way to "mine" lithium significantly could cut lithium costs for batteries for electric vehicles (EVs) and stationary energy storage, giving another impetus to electric mobility and the energy transition.

The international research team developed a technology that mimics the filtering function of biological cell membranes. The scientists came up with a synthetic metal-organic framework (MOF) membrane capable of filtering lithium ions very fast and in a highly selective manner, the team said in their paper published in the journal Nature Materials.

"These findings suggest ways to develop ion-selective devices for efficient ion separation, energy reservation and power generation," the authors said in the study.

"Based on this new research, we could one day have the capability to produce simple filters that will take hours to extract lithium from brine, rather than several months to years," Huanting Wang, co-lead research author and professor of chemical engineering at Monash University, said in a statement.

Based on this new research, we could one day have the capability to produce simple filters that will take hours to extract lithium from brine, rather than several months to years.

The new technology is also much more efficient than extracting lithium from ponds via a solar evaporation process, according to the researchers.

Studies have shown a lithium recovery rate of around 90 percent for the new technology — much higher than the current 30-percent recovery rate during the solar evaporation process of lithium extraction, Wang added.

"We’re pleased that our international research collaboration has made a breakthrough that could improve the supply of lithium. This is important for enabling electric vehicles and grid integration of renewable energy sources," CSIRO and Monash University Associate Professor Matthew Hill said.

According to EnergyX, the direct extraction via a membrane technology could extract lithium in a few days compared to 18 months in lithium evaporation ponds. In addition, lithium ponds use 18,000 gallons of freshwater per ton, while the new technology doesn’t use freshwater, potentially saving water resources in lithium brine-rich areas such as the so-called lithium triangle in Chile, Argentina and Bolivia. In price comparison, the direct membrane filtering of lithium, the so-called lithium refinery, costs half the cost of lithium evaporation ponds, EnergyX says.

"This breakthrough invention will literally change the way lithium is produced and how we power our future," Teague Egan, founder and CEO at EnergyX, said in Monash University’s press release.

Faster and cheaper lithium extraction could help further reduce EV battery pack costs, which already have fallen a lot over the past decade.

EV battery pack costs have dropped from as much as $1,100 per kWh 10 years ago to just $156 per kWh last year, according to BloombergNEF. Meanwhile, the energy density of lithium-ion battery cells has tripled over the last 10 years, BloombergNEF has estimated. 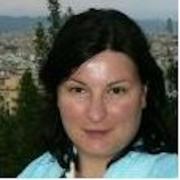 See all by Tsvetana Paraskova