Tell me a story: The power of narrative in corporate leadership

In certain circles, corporations are seen as a pivotal part of solving the world’s problems. But just as many consumers -- particularly in the world’s industrialized economies -- aren’t inclined to trust them, according to a GlobeScan poll that surveyed people from 23 countries in January and February.

With this lack of public confidence, it’s not surprising that when it comes to sustainability, respondents don’t appear to have a clear picture of corporate leadership either.

So what companies do people see as socially and environmentally responsible? Why do some make the cut, and others don’t? Our recent poll – which is part of our Radar Research Program that tracks public opinion of business -- has discovered that there are certain factors that the public recognizes more than others – and that the power of a narrative should never be underestimated.

When asked about recognizable corporate leadership, respondents of the Radar Research poll mentioned a plethora of different names, but no clear leaders emerged in the results. Around half of those we polled were unable to cite any company that they see as a leader in corporate responsibility.

For whatever reason, efforts of businesses around the world to project a responsible message are failing to connect with the global public.

Photo of typed words provided by Ivelin Radkov via Shutterstock.

This – the problem of public inattention - illustrates the main barrier to responsible business leadership for companies. The names at the top of the list of global companies - names such as Coca-Cola and Microsoft – have the significant advantage of having hundreds of millions of consumers who know and trust their products.

Other factors are also at work. National “flagship” companies – such as Ford in the US, Samsung in Korea, Petrobras in Brazil, and others – are continually cited by large proportions of consumers in their home markets, even if they have little meaning elsewhere. These companies have managed to identify themselves in people’s minds not just with corporate success, but also with national success as well. They’re seen as creators of jobs and wealth, which in turn bolsters pride and generates optimistic feelings.

Beyond these names, though, what sort of companies are cutting through to public consciousness? When we group companies by sector which are perceived to have leadership qualities, we can see that the largest cluster – 13 percent overall – comes from the food industry. Why does it fare well? More than any other, these are companies with which people can have a personal relationship. It’s hard to think of a greater signifier of our faith in a company than a willingness to ingest its products.

Accordingly, it’s no surprise that when asked, the products and services themselves are the primary reason given for considering these companies as socially responsible. Why is this? It could be that respondents to the survey most frequently cited their own personal experience as the source of their positive impression.

Other sectors do well, for different reasons.  In the Radar Research survey, electronic equipment companies came in fourth as the most cited type of socially responsible company, and third as the most cited type of environmentally responsible company. In a sector where non-stop innovation is the norm, it seems that consumers have picked up on companies’ efforts to deploy this innovation to produce more environmentally-friendly products. This is another example of the way that people appear to be most likely to judge a company through the prism of its products.

We also see sponsorship and charitable giving being cited by many citizens as reasons for seeing a company as socially responsible, particularly in North America. But perhaps the reasons that are not given are as important as those that are.

Overwhelmingly, consumers do not cite the evidence contained in sustainability reports as reasons for viewing companies as leaders. They mostly do not cite, for instance, a company’s success in meeting its emissions targets, its enlightened management of its supply chain or its responsible water use.

While we know from our issues tracking that citizens see these issues as serious. But while they are followed closely by a highly engaged and passionate minority, the public seems to struggle to connect this corporate activity in a meaningful way. This is not surprising, especially when most of this information is presented by companies in a way that is often partial, dry and inaccessible to the layperson.

What can companies learn from the public’s disengagement from sustainability reports? It hints at the power of narrative.

Take BP, for example. It is a perfect illustration of the way the public can perceive a company while engrossed in a narrative.

Only two years ago, as we all know, BP was responsible for one of the most significant corporate environmental disasters of modern times in the Gulf of Mexico. And yet in this year’s Radar Research poll, BP emerges at or near the top of list of companies most frequently cited as “environmentally responsible” in the UK and US. How can this be?

What this appears to illustrate is both the low expectations of companies and the power of a narrative. Looking at the reasons respondents gave for regarding BP as a leader this year, the company seemed to have benefited from an unstated assumption that companies will not clean up their own mess, something which BP is perceived to have done. The company also appears to have gained traction from media that has highlighted their efforts investing in a cleanup that does not their bottom line -- when the reverse outcome has taken place.

It would be wrong to overstate the rehabilitation of BP’s public reputation. Without doubt, many still see it as a villain. But the story is simple and compelling: Here is a company that made a very large mistake, and this is what it is doing to help put it right.

Politicians, particularly in the West, may no longer be capable of offering a coherent and credible narrative with which citizens can connect. But if companies aspire to fill the leadership vacuum left by government, they need to start by finding a way of telling the story of the whole spectrum of their activities  - linking their products and services to their social role - that people understand and believe, and that they find interesting and relevant to the world around them. It shouldn’t take a crisis to force the issue.  Our research suggests they have some ways to go. 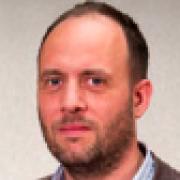 Why firms fall short on touting their sustainability work

Why we're turned off and tuned out to environmental crises

Is business our last great hope on climate change?

Corporate leadership and the power of a good story

Why businesses suffer from a trust gap

See all by Sam Mountford