TerraCycle, P&G partner in a love-hate relationship with trash

Tom Szaky, the Hungarian-born CEO and founder of TerraCycle, dreams of chewing gum, cigarette butts and ocean plastic. His Trenton, New Jersey-based company aims to accelerate the so-called Fourth Industrial Revolution, a breakthrough in materials science, energy storage and other technologies, by cleaning up after heaps of waste and inventing inputs for items spurned by ordinary recyclers.

This year, TerraCycle, with Procter & Gamble, reached a major recycling milestone by creating the Ocean Plastic Bottle for P&G's line of Fairy dish detergent. It is the first commercially available consumer-grade bottle made entirely from recycled (90 percent) and marine (10 percent) plastic.

Starting in 2018, P&G will sell 320,000 of these bottles, with plans to extend the initiative to Dawn, Yes, Dreft and Joy brands. The effort evolved from the first shampoo bottle made from 25 percent recycled beach plastic, an iteration of the Head & Shoulders bottle engineered by TerraCycle, P&G and French recycling company Suez.

For this effort, the United Nations will present TerraCycle an award during COP 23 climate talks in Germany this month.

Through 15 years of growth, TerraCycle has tried to solve the existential question of why trash exists. Here are some of Szaky's key takeaways about scaling the crusade against waste by proving its economic viability. 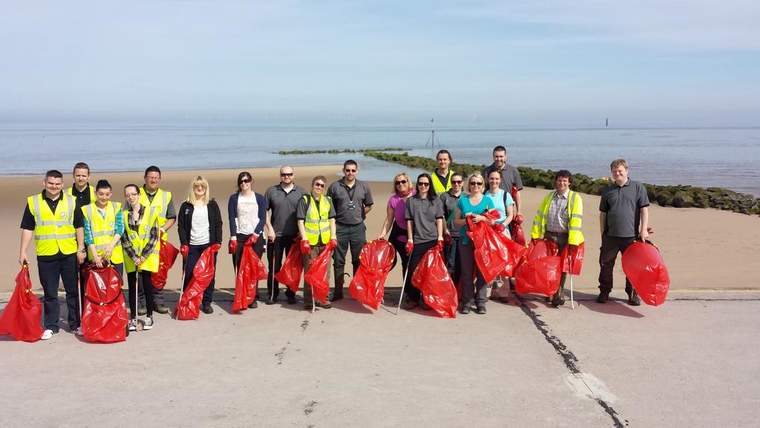 The company got its start in 2002, when Szaky, then a student at Princeton, began selling fertilizer, composted from the university's cafeteria, to Home Depot and Walmart. Now, it partners with major brands such as L'Oreal, Huggies, Kleenex and Bausch + Lomb to recycle over 100 bottom-of-the-barrel consumer waste streams. This year, for example, TerraCycle helped Target collect 80,000 car seats, totaling more than a million pounds of secondary material.

"We’ve seen a lot of growth and operate in 21 countries around the world, and we basically ask three questions that are our three business units," said Szaky. "The first question is what we’re most known for: Is your product or your package recyclable?"

If the answer is no, TerraCycle's 10-person R&D team figures out how to physically collect and recycle something. A company pays monthly for TerraCycle's zero-waste box to be set up in its stores or factories, and employees or consumers can drop their used goods, such as chewing gum (which can be turned into a polymer for frisbees), in it for no extra cost. Depending on the type of waste collected, boxes can run up to $300 to $400. No-cost recycling programs are also available for municipalities.

"The second question we ask is how we can we help make that object from recycled material," said Szaky, in order to provide inputs to integrate recycled materials back into consumer products.

"We now run the world’s largest supply chain for ocean plastic, and we collect ocean plastic from all over the world," he said. "And [we'll] integrate that into, for example, the Head and Shoulders shampoo bottle at 25 percent, and most recently, the largest dish soap range in Europe called Sari, at 10 percent."

At the core of TerraCycle's philosophy is to eliminate the concept of 'disposability' altogether.

The third question at the core of TerraCycle's philosophy is how to eliminate the concept of "disposability" altogether. As a company that works with multinational corporations, does this aim lead to massive complexity within TerraCycle's operations? Not necessarily.

"To become manageable, every one of these platforms revolves around three things," said Szaky. "We collect the waste or the material; we process them, whether it's cleaning or recycling. Third, we have to figure out the business model to make all of these things work. And it's always those same three questions, whether you're recycling dirty diapers, cigarette butts or ocean plastic."

Think outside the zero-waste box

Innovation is inevitable in the recycling industry, where, said Szaky, "the cards are stacked against you."

Recyclers are going bankrupt due to factors such as high oil prices and a recent ban from China, a major global recycling hub, on imports of waste. For TerraCycle, collecting plastic from oceans, rivers, lakes and beaches in beach cleanups further drive up costs.

And yet, the company employs 150 people worldwide; its profits nearly doubled to $1.4 million in 2016 compared to 2015. It brought in $19.3 million in revenue in 2016 and is estimated to bring in over $20 million in 2017, mostly from corporate and municipal partners. TerraCycle is also working on a platform to help brands switch from disposable packaging to durable alternatives, launching in 2019. Suez recently acquired 30 percent of TerraCycle's activities in Europe.

Innovation is inevitable in the recycling industry, where, said Szaky, 'The cards are stacked against you.'

"We have to be very creative in getting an organization to be willing to spend a higher price on difficult-to-use material," he said, despite having a tried-and-true business model. In order to raise $25 million to buy more recycling companies, TerraCycle is turning to a Regulation A securities sale. This allows people that don't fall into a high earnings bracket to buy a "crowdfunded" stake in the company.

"We think that there’s a really good opportunity, especially now where politics is really helping the environmental movement where private organizations and individuals are seeing that they have to do something [to combat waste] and we’re seeing that echo in a very big way," said Szaky.

TerraCycle is also expanding its reach by working with technology. In October, TerraCycle announced a partnership with Rubicon Global, a cloud-based technology company that pairs organizations with independent, local haulers to find ways to divert their waste from the landfill. Together, they will be able to provide a wider spectrum of solutions to sustainably manage waste streams, including common recyclables such as mixed paper and cardboard to "more extreme" examples such as candy wrappers, batteries and used cigarettes.

The partnership with Rubicon expands upon TerraCycle's capabilities to connect secondary materials with end uses and bring in more U.S. clients.

You are a solution, not the solution

Although waste is TerraCycle's treasure, Szaky called the current state of waste production and management nothing less than "a crisis" and "a catastrophic challenge."

"Nothing that anyone in the ocean plastics space is doing, including TerraCycle, is the answer in the end," he said. "The real answer is we have to shut off the stuff going to the ocean and it’s difficult because what’s happening is a macro trend of lightweight packaging, making packaging thinner and lighter."

This is good for company's bottom lines because it means cheaper and leaner material use.

"But as you increase lightweight packaging, it becomes less recyclable and more likely to end up in the aquatic system," he said, pointing out that a quarter of the world's plastic ends up in the ocean.

Even the Fairy ocean plastic bottle, crafted to bring attention to the crisis of marine plastic, points a finger at the capability of companies with lots of resources to create solutions for a problem they helped create. Efforts by corporations and nonprofits to study how plastic winds up in the ocean are growing, such as the Trash Free Seas Alliance, an effort by Dow, Coca-Cola and the Ocean Conservancy to study how waste washes into the oceans.

Although there is no streamlined solution to definitively scrub the seas, said Szaky, he's thrilled that TerraCycle is shining a spotlight on the complications of industrialization.

No butts: The campaign to reduce, recycle cigarette waste

How P&G, Unilever are washing beaches clean of plastic