These cities in red and blue states are accelerating clean energy

It was the two-year anniversary of President Trump’s announcement to withdraw from the Paris Climate Agreement on June 1. Yet cities across the country are demonstrating leadership in the face of uncertainty about the administration making the exit official in November. And while various efforts such as the Green New Dealand the Climate Action Now Act have circulated through Congress with little momentum, subnational efforts are squarely underway in the United States to reduce carbon emissions and create cleaner, fairer communities.

Last week, Michael R. Bloomberg announced $2.3 million in funding to the University of Maryland’s Center for Global Sustainability and Rocky Mountain Institute (RMI) for a third Fulfilling America’s Pledge report. The findings, an updated analysis of current US greenhouse gas (GHG) emissions reductions and actions taken by “non-party actors,” will be submitted by Bloomberg to the United Nations to demonstrate US progress in meeting carbon reduction commitments made under the Paris Agreement.

However, while efforts to combat climate change are divided along party lines at the federal level, cities in both red and blue states are passing actionable commitments and plans with tangible goals. Here are a few that RMI and World Resources Institute are working with as part of our Cities Renewable Accelerator, a joint effort supported by Bloomberg Philanthropies to help cities procure over 2.8 gigawatts of renewable energy.

Albuquerque, the largest city in New Mexico, has an ambitious climate action plan to reach 100 percent renewable energy in its municipal operations by 2022, reduce air pollution and citywide emissions, and reform its transit and buildings sectors. These efforts will amount to removing the equivalent of 93,000 metric tons of carbon emissions every year, about the same as taking almost 20,000 cars off the road.

Last June, Mayor Tim Keller announced a $25 million investment to make Albuquerque a leading solar city, which involves installing solar panels at 35 different city-owned buildings. The city is also working with the local utility, Public Service Company of New Mexico, to receive electricity from a new 50 megawatt (MW) solar facility — half of which will power the city and the other half of which will go to other statewide municipalities and entities through the utility’s Solar Direct program. Once approved, Albuquerque plans to subscribe to 25 MW of electricity annually, which will initially cover 58 percent of its energy needs.

In April, Boise became the first city in Idaho to set a 100 percent, community-wide clean energy by 2035 goal. In addition, Idaho Power, the electric utility for the City of Boise, recently announced its own goal of 100 percent clean energy system-wide by 2045.

The city’s strategic initiative, Boise’s Energy Future, calls for six actionable electricity strategies with practical targets and was developed with extensive public outreach, including a citywide survey in partnership with Boise State University. According to the plan, the combined financial performance of the strategies is estimated to have a positive net present value to the community of $210 million.

While Boise has the largest city-operated geothermal system in the United States and a significant amount of its electricity comes from hydropower, the plan calls for 90 percent of its electricity mix to be powered by renewables, an increase of 30 percent, by 2040. Options being explored include utility-scale procurement via power purchase agreements and green tariffs.

In neighboring Montana, the City of Missoula became the first to commit to 100 percent clean, renewable sources by 2030. (Missoula County shortly followed, adopting the same 100 percent renewable commitment for the urban area of the county.)

This is a bold move in a state whose energy mix is 49 percent coal (as of 2017), and where the utility and Senator Steve Daines are trying to save the coal-fired Colstrip plant by enacting legislation that would direct the US Department of Energy to make more carbon investments in carbon capture and sequestration projects. But the community appears to be firmly behind Missoula’s push for clean energy, with 400 individuals and 45 businesses and organizations signing an open letter of support for the program, called Climate Smart Missoula. Options already in the plan include exploring net metering, green tariffs, and efficiency programs. Missoula will need to replace roughly 300,000 MWh of electricity with clean energy sources to achieve its carbon-free goals.

Cities are at the frontlines of climate change, and, across the country, the wave of communities working together to address it keeps growing.

Orlando, another American Cities Climate challenge winner (along with sister city St. Petersburg), has pledged 100 percent renewable energy for municipal buildings by 2030 and 100 percent renewable energy citywide by 2050. Its Green Works Orlando initiative — launched in 2007 — outlines steps for the city to become one of the most sustainable cities in the Southeast, an effort that received a big boost in February when Disney brought a new 270-acre, 50 MW solar facility online, which will generate enough power to operate two of the four theme parks in Central Florida every year.

Floating solar panels, solar on public rooftops, solar parking lot canopies, and soon, solar panels at Orlando International Airport are all part of Orlando’s clean energy solution. The City is working closely with its local municipal utility, the Orlando Utility Commission, which has a goal of more than 100 MW of clean energy by 2020. In addition to renewable energy targets, Orlando is also looking to add 150 electric vehicle charging stations by 2020, continuing to convert the city’s fleet of cars and buses to electric, and is spending $17.5 million on energy retrofits for 55 municipal buildings, which will save $2.5 million in energy costs each year.

While RMI isn’t working with Cleveland directly, it is helping sister cities Columbus and Cincinnati meet their clean energy goals. Last September, Cleveland became the first city in Ohio to adopt a 100 percent renewable energy goal by 2050, an update to its original GHG target established in 2013 of 80 percent below 2010 emissions by 2050. (Cincinnati followed soon after in December with its own 100 percent clean energy goal.)

Cleveland’s updated Climate Action Plan was developed in collaboration with over 90 representatives from organizations across all major sectors, including the Cleveland 2030 District, the Cleveland Clinic, Cuyahoga County, the Northeast Ohio Areawide Coordinating Agency, and the Greater Cleveland Regional Transit Authority. The plan calls for investments in renewable energy and energy efficiency, more electric vehicles, and programs to cut greenhouse gas emissions while prioritizing social and racial equity, green jobs, and resilience to climate change.

Yet the sentiment at the state level is far from friendly. A House panel voted just last week to strip all of Ohio’s clean-energy requirements for utilities that state lawmakers passed in 2008 in favor of a lower monthly surcharge for residential customers ($1 instead of $4.39, on average) in order to keep open two nuclear plants owned by FirstEnergy Solutions.

Cities are still in

Cities are at the frontlines of climate change, and, across the country, the wave of communities working together to address it keeps growing. More than 3,700 organizations, from cities to universities to businesses, have said “We Are Still In” (including Orlando, Cleveland, Columbus, Cincinnati, and Albuquerque), representing 155 million people and totaling $9.45 trillion in gross domestic product. Momentum for a clean energy transition and its inherent benefits — equity, fairness, climate resilience, economic growth — is occurring, if you just know where to look. 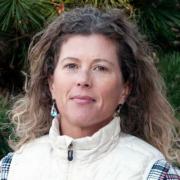 Energy Modeling Makes Its Move Into the Mainstream

See all by Rebecca Cole