With big-thinking utilities, players like Tesla, Panasonic, LG and Siemens are transforming the development of energy storage for good.

Jung, who turned the phrase in a panel discussion at the GreenBiz Group’s VERGE conference in San Francisco in October and again in a recent interview, is describing Greensmith’s expertise in helping electric utilities, project developers and other energy storage customers get the most from their investments by augmenting innovations in hardware with the software, data analytics, design and installation to tie it all together.

Greensmith is in the final stages of commissioning a 20-megawatt battery storage system for an undisclosed customer in Illinois, in a project that underlines his point. The system will provide frequency regulation on the PJM Interconnection (a major part of the grid for the central-Eastern United States) and is one of the largest stationary battery systems installed this year.

Greensmith is one of a growing number of increasingly sophisticated players offering services such as energy management and backup and emergency power for building managers; grid-frequency regulation and intermittent wind- and solar-energy smoothing for grid operators; and petroleum-free transportation for individual drivers and fleet owners.

Two overarching, game-changing trends in energy storage in 2014 highlight the view that “a battery is a terrible thing to waste.” First, traditional electric companies this year started thinking big when it comes to the role of energy storage in power-system planning. Second, technology companies joined forces or intensified existing collaborations to create the manufacturing scale necessary for energy storage to make a major impact on transportation and the grid.

In mid-November, Texas-based grid operator Oncor Electric Delivery Company capped off a year of bold utility engagement in energy storage with a $5.2 billion proposal to install 5 gigawatts, or about 15 gigawatt-hours, of battery storage systems in North and West Texas beginning in 2018.

“Deploying electricity storage on distribution systems across Texas could provide substantial net benefits to the state,” according to a report by the Brattle Group (PDF). “Considering both the impact on electricity bills and the improved reliability of grid-integrated storage, total customer benefits would significantly exceed costs.” 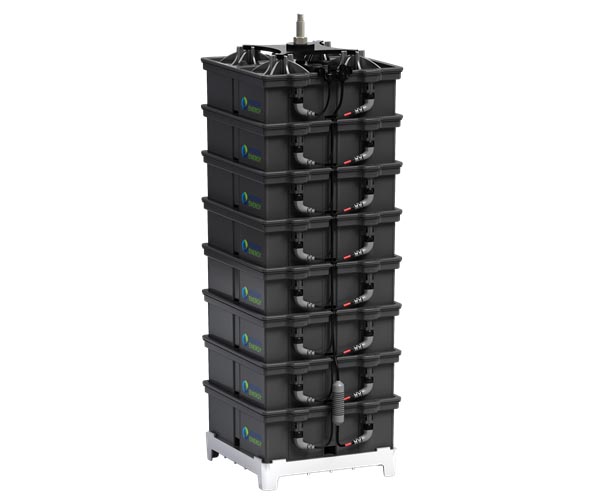 Aquion, which has developed a non-toxic, saltwater-based battery chemistry, has received investments from Bill Gates, Total and Royal Dutch Shell.

Janice Lin, executive director of the California Energy Storage Alliance, called SCE’s announcement a “monumental decision” that “demonstrates that energy storage can be competitive with other preferred resources on both performance and value, and that it’s now an integral part of the utility planning tool kit in California.”

Based in part on such utility adoption of battery-based storage, led by lithium-ion chemistries, Navigant Research expects global revenues of energy storage for the grid and other services to jump from $675 million in 2014 to $15.6 billion in 2024.

Given this growth forecast, it’s not surprising that utilities also are participating as investors. Last month, Constellation Technology Ventures, a unit of Exelon, one of the largest utilities in the United States, contributed to a $37 million financing round for Aquion Energy.

Aquion, which has developed a non-toxic, saltwater-based battery chemistry, also has received investments from Bill Gates and oil and gas giants Total and Royal Dutch Shell — which also have large power generation subsidiaries.

Meanwhile, pumped hydroelectric storage continued to show its resilience among utilities in 2014.

For instance, the Sacramento Municipal Utility District this year moved ahead with its proposal to build an $800 million, 400-megawatt pumped hydro storage project in El Dorado County, Calif. The project, which federal regulators licensed in July, would give SMUD more operating flexibility and allow it to add more variable wind and solar power.

In Washington, Klickitat County Public Utility District this month initiated a federal review process for its bid to develop a 1.2-gigawatt pumped storage system that could help integrate more renewable energy in the Pacific Northwest.

While pumped hydro storage remains by far the dominant commercial energy storage method, 2014 was a groundbreaking year for large-scale electric battery factories and technology partnerships that could begin chipping away at pumped hydro’s leading market share.

Tesla Motors started construction on its first Gigafactory in Nevada, a $5-billion joint venture with lithium-ion battery producer Panasonic. The factory, the largest in the world of its kind, will produce cells, modules and battery packs for Tesla’s electric vehicles and stationary power applications.

But developments this year showed that Tesla and Panasonic are not the only companies thinking in terms of giga-scale factories.

In October, grid-scale energy storage startup Alevo Group unveiled its own ambitious plan to convert a former Marlboro cigarette factory in North Carolina into a major manufacturing hub for its “GridBanks.”

The privately held company, which claims to have raised $1 billion from undisclosed investors, plans to produce up to 500 megawatts next year and “a few gigawatts” by 2016, according to Alevo founder Jostein Eikeland.

In October, LG Chem, a subsidiary of South Korean conglomerate LG Corp., broke ground on a new factory in Nanjing, China, which also will produce lithium-ion-based batteries. The factory, a joint venture with two state-run Chinese companies, aims to begin manufacturing batteries for up to 100,000 electric vehicles per year when it comes online at the end of 2015.

Like Tesla and Panasonic, LG Chem sees stationary energy storage as a big part of its business plan as well. 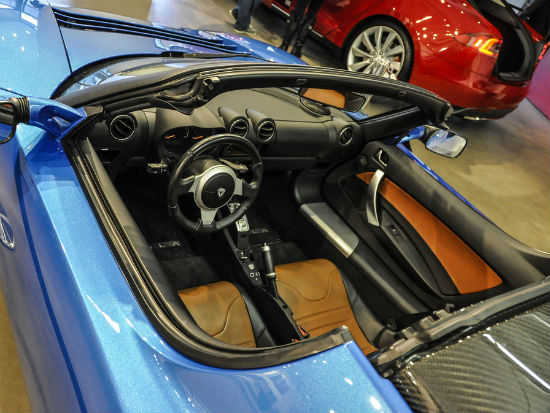 Already one of the world’s largest and highest-rated lithium-ion battery producers, LG Chem will supply the hardware and battery management systems, while Siemens will handle project planning, implementation and integration into conventional grids and microgrids.

The partnership is a further signal that the energy storage supply chain is coming together to seize new opportunities. After all, as Greensmith’s Jung said: a battery is a terrible thing to waste.