These states are showing the way forward on efficiency policies

With renewable power generation surpassing coal in the United States for the first time in more than 100 years, the carbon intensity of electricity continues its dramatic decline. This means that technologies using electricity instead of fossil fuels — such as electric heat pumps — are often the lowest-carbon choice for heating a home and the water in it, as well as cooling it. They are also often the most energy-efficient choice. Yet efficiency policies for the buildings sector in most of the country are not incentivizing homeowners or businesses to install these technologies. Fortunately, lawmakers and regulators in an increasing number of states, including California and New York, are tackling the problem and showing the way forward.

The challenge stems from laws and regulations that fail to encourage — or outright prohibit — energy efficiency programs from helping households or businesses make upgrades that involve replacing fuel-burning equipment with electric-powered systems.

State efficiency policies have tended to set up silos based on the energy source they seek to save, which generally either has been electricity or natural gas. On the one hand, those silos are established by design and can be highly successful at reducing emissions. Mandatory electricity savings targets for utilities have been successful and are needed to meet long-term carbon goals.

On the other hand, electricity savings targets are not sufficient on their own because they do not explicitly encourage low-carbon and low-cost energy solutions that require "fuel switching." Electricity targets miss cost-effective savings that would require switching from fuels outside of the regulated utility sector, such as propane and home heating oil, as well as switching from natural gas, which is delivered by regulated utilities.

In the face of climate change, we need to make far more significant progress on reducing greenhouse gas emissions — which necessitates taking down those obstacles. It’s not really a choice.

Fortunately, several leading states have come up with ways to fix this efficiency silo issue. As many embark on achieving ambitious new climate goals, they are designing new ways for their efficiency policies to reduce costs for families and businesses and aggressively cut carbon emissions. They are tackling the issue in two main ways: updating fuel-switching rules and establishing multiple energy goals, including fuel-neutral goals. Still, many states lag on modernizing their efficiency policies and can look to these leaders for examples.

States taking the lead: The switch is on

Some states are starting to change rules governing whether efficiency programs can encourage customers to switch from one fuel source to another, as we recently documented in a policy brief. We found that regulators and lawmakers in Alaska, California, Massachusetts, New York, Tennessee and Vermont are encouraging fuel switching or fuel substitution through guidelines or fuel-neutral energy savings goals. Ideally, these policies align with clear, holistic cost-effectiveness rules that account for the full greenhouse gas (GHG) and fuel-savings benefits that fuel switching yields.

For example, last summer, California redefined the fuel substitution test for its energy efficiency programs to better align the criteria with current cost-effectiveness approaches and environmental goals. That change allows ratepayer funding to support customers who want to switch from gas to electric technologies when the criteria are met. (Note that definitions of "fuel switching" and "fuel substitution" vary by state in terms of which types of fuel they include.)

While state policies have long emphasized reducing energy use, they increasingly focus on reducing GHG emissions. That makes switching to electric heat pumps even more important.

We also identified a handful of states that have supportive policies in place but have additional rules or guidance pending (Colorado, Connecticut, New Jersey and Maine) and others that have no specific policy in place but where regulators have allowed utilities or other efficiency program administrators to support fuel switching in certain cases (Alabama, Delaware, D.C., Georgia, Illinois, Michigan and Wisconsin).

Other states are considering changes, too. The Minnesota House of Representatives passed a bill last month that would allow efficiency programs to support efficient fuel-switching measures for participants, while also raising the overall electricity and gas savings that these programs must achieve. The state’s Senate, however, adjourned before taking action on the bill.

While state policies have long emphasized reducing energy use, they increasingly focus on reducing GHG emissions. That makes switching to electric heat pumps even more important (and not just for heating, as they provide efficient cooling, too). To do this, states are setting multiple energy savings goals — expressed not only in kilowatt-hours for electricity or therms for natural gas, but also in Btu or GHG. We documented this trend last year in our research report on "next generation" energy efficiency resource standards (EERS). Since then, we have seen continued progress.

For example, in January, the New York Public Service Commission issued a major new energy efficiency order (automatic PDF download) calling for the state, through 2025, to save 3.6 TBtu of energy by installing heat pumps. The order also established nation-leading goals for electricity and gas savings (3 percent annual electricity savings and 1.3 percent annual gas savings goals by 2025). And we are seeing the impact: Con Edison recently announced a $1.5 billion initiative that triples its efficiency investments in 2025 and includes a focus on heat pump deployment.

And in February, the Sacramento Municipal Utility District (SMUD) made a policy change by adopting a GHG goal for all its energy efficiency programs.

Massachusetts, too, was an early leader. Nearly two years ago, it adopted a fuel-neutral energy efficiency policy goal expressed in Btu, a GHG goal, and sub-targets for heat pump deployment.

Ratepayer efficiency funds are often challenging to deploy for heat pumps because they are bound by siloed efficiency policies. In the meantime, while savings goals and fuel switching policies are being redesigned, states can look to other, more flexible funding sources, such as cap-and-trade funding, to incentivize heat pumps.

These policies just scratch the surface of the potential for electrification as a decarbonization strategy; the transportation sector and industrial sector opportunities are much larger.

For example, the Rhode Island Office of Energy Resources is using Regional Greenhouse Gas Initiative (RGGI) funds to incentivize households to switch to heat pumps and is looking more broadly to other strategies to decarbonize its heating sector. And the California Public Utilities Commission (CPUC) recently approved $200 million of cap-and-trade funds for heat pumps and all-electric new housing, with a focus on low-income households.

States also should look to their whole-house and building efficiency programs to help customers get "heat pump ready." Improvements to a building shell, such as insulation and air sealing, can help reduce overall heating and cooling loads, which can help downsize the equipment needs — and therefore costs — for heat pumps. Energy efficiency and electrification have an important relationship and must work in concert to reduce customer costs.

States should look to their efficiency policies to do more

Other states can look to these leaders as they map out their own efforts to reform their rules governing efficiency investments in the buildings sector. And these policies just scratch the surface of the potential for electrification as a decarbonization strategy; the transportation sector and industrial sector opportunities are much larger. 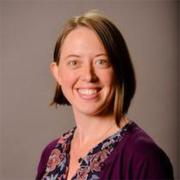 See all by Maggie Molina