Just last month, Georgia Gov. Nathan Deal signed the Solar Power Free-Market Financing Act of 2015, making Georgia the first state in the Southeast and the 25th in the nation to approve of third-party ownership of solar. Earlier this year, the bill unanimously was passed by the General Assembly and was backed by the Green Tea Coalition, a unique alliance of the Tea Party and the Sierra Club calling for freedom of energy choice.

The Solar Power Free-Market Financing Act of 2015 allows solar energy procurement agreements (SEPAs), which include leases and power purchase agreements (PPAs) (PDF), for the construction and operation of solar systems. These solar systems can be on either side of the meter and must not exceed peak generating capacity requirements (10 kW for residential installations and 125 percent of actual or projected maximum annual peak demand for commercial installations) among other provisions.

Previously, under the Territorial Electric Service Act of 1973, residents both had to own the solar on their rooftop and could sell it only to their utility. Thanks to the new legislation, now someone else can own the solar on a homeowner’s rooftop and that solar electricity can be sold to someone other than the utility. This new legislation opens up a third-party rooftop solar market to a degree that does not exist elsewhere in the Southeast.

The Solar Power Free-Market Financing Act also has the potential to accelerate an already flourishing solar market in Georgia. Between 2012 and 2013, employment in Georgia’s solar industry grew by 225 percent — the largest gain of any state — and the state moved from 26th nationally in new solar capacity to seventh. In 2014, Pew Charitable Trusts named Georgia the fastest-growing solar market in the country.

The Peach State’s growth in the solar industry is expected to continue, not only with small-scale residential and commercial installations, but also with utility-scale solar as well. Georgia Power, the largest investor-owned utility in the state, plans to add an additional 525 MW of solar capacity by 2016, including 90 MW of solar PV plants on three Army bases across the state, which broke ground last month.

Third-party ownership: What does it mean?

Across the country, third-party ownership is becoming as prevalent in the rooftop solar market as leasing is in the car industry. In fact, in 2014, when one-quarter of all car sales were leased — the highest rate of car leasing than at any time in over a decade—two-thirds of all new residential solar installations were third-party owned.

Similar to car leasing, third-party solar ownership can be advantageous for a number of reasons. Many residents do not have the full upfront investment capital for solar systems and lack knowledge of local permitting and incentive programs. Other entities, such as nonprofits and schools, cannot access tax credits and rebates that companies can access. And for many others, installation and maintenance are major barriers.

Third-party ownership of solar typically takes one of two forms: a lease or a PPA. Under a lease, the lessee pays a fixed monthly fee that is not tied to the amount of power generated, while under a PPA, the lessee agrees to purchase all of the electricity produced by the solar system.

Increasingly, companies such as SolarCity, Sungevity and Sunrun have seen success in the residential solar market. In fact, third-party-owned systems make up 60 to 90 percent (PDF) of new residential systems in Arizona, California, Colorado and Massachusetts. And in Georgia, third-party ownership could accelerate an already booming solar industry.

So how do other Southeastern states stack up?

Status in the Southeast

South Carolina recently adopted the South Carolina Distributed Energy Resource Act of 2014 (also known as Act 236). This law enables third-party leasing of solar and other renewable energy facilities, but it does not allow for energy generated by the leased system to be sold to third parties — only back to the utility under net metering programs. Act 236 caps leased facilities at 2 percent of the utility’s previous five-year average retail peak demand.

North Carolina is one of two states, including Florida, which does not allow third-party ownership of solar. Under state law, power producers are required to sell all output to utilities, which then sell to customers. Recently, the Energy Freedom Act was introduced, which would allow third-party-owned renewable energy projects to participate in net metering arrangements.

The Energy Freedom Act has support from a number of major employers in North Carolina, including Walmart, Lowe’s and Target, but the North Carolina State House of Representatives and Senate have not passed the bill.

The status of third-party ownership of solar in Alabama, Arkansas, Louisiana, Mississippi and Tennessee remains unclear.

Today, only one state in the Southeast, North Carolina, has a renewable energy portfolio standard, and only South Carolina has a voluntary renewable energy goal. While many states may choose not to pursue a “command and control” approach to renewable energy, they still may be able to build a robust solar market by enabling third-party ownership and by creating financial incentives.

Solar is an abundant resource in the Southeast, although in many places an underused one. Third-party ownership may be key to accelerating solar deployment in a region where many states prefer markets to mandates. Moreover, third-party ownership could attract investment and create jobs throughout the region, while affirming energy choice for property owners.

Looking ahead, Florida and North Carolina will be states to watch as third-party ownership discussions continue to unfold. It’s time for other states in the Southeast to follow Georgia and South Carolina’s lead that the entire region can become a solar energy leader. 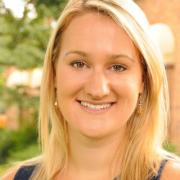 See all by Christa Owens